A man walks past a graffiti with text in Arabic reading "no to normalisation" and "normalisation is betrayal", along a street of Hebron in the occupied West Bank on 4 October 2020 (AFP)
By
Mohammad Ayesh

A number of Gulf writers are boycotting a cultural festival in the United Arab Emirates, viewing it as "a normalisation with Israel festival", according to the London-based Al-Quds Al-Arabi newspaper.

A Kuwaiti cultural delegation, composed of writers, academics and intellectuals, including  writers Muna al-Shamari and Ali Ashour al-Jaffar, announced its withdrawal from the Emirates Airline Festival of Literature due to the expected online appearance of Israeli writer David Grossman. The Omani writer Bushra Khalfan also announced her withdrawal from the festival, which will be held from 3 to 13 February.

The Boycott, Divestment and Sanctions (BDS) movement supported the writers’ decision to boycott, calling other Arab authors to withdraw due to Grossman’s participation.

Grossman’s participation is a “clear and explicit violation” of the cultural boycott of Israel, the BDS said.

While Grossman has demonstrated against the spread of Israeli settlements, the group highlighted his opposition to the right of return of Palestinian refugees.

“The participation of an Israeli Zionist novelist and the celebration of him as a ‘peace activist’ in a festival held in an Arab land” is a ruse to “pull Arab writers into the swamp of cultural and literary normalisation with the Israeli enemy,” BDS said.

Al-Hadatha’s administration said that it had concluded that "the atmosphere of oppression, tyranny and oppression of rights and freedoms, which is increasing in frequency day by day… does not allow the newspaper to fulfil its professional duties and responsibility towards the December revolution."

Al-Hadatha published its first issue on 1 December 2019, a few months after the fall of the regime of former president Omar al-Bashir, under the slogan: "For political journalism at the site of the Sudanese revolution." Sudan coup: Inside a Khartoum hospital in the eye of the military's storm
Read More »

The newspaper temporarily suspended its operations a day after the military coup on 25 October 2021, before it decided to stop publishing permanently on Sunday 16 January.

Immediately after the coup, the newspaper Democrat Sudan also stopped publishing, a move that was preceded by al-Mawakib newspaper. Both newspapers were founded after the revolution.

Al-Hadatha explained that it has been following with great concern the daily deterioration in the conditions of press and media freedoms under the coup.

It said it has monitored the attacks by heavily armed military forces on press centres and media institutions, in addition to the continuous assault on journalists, including physical attacks, looting of their property, arrest and intimidation, and attempts to withdraw their licenses and suspend their publications.

The newspaper pointed out that "the military coup put an end to the atmosphere of press and media freedoms brought about by the December revolution, and it opened the door to a new cycle of reducing public work spaces.”

The administration of US President Joe Biden has reiterated its opposition to normalisation steps taken by a number of Arab countries towards Syria, which have increased over the past months in an effort to restore Damascus to its seat in the Arab League.

"The US administration does not support efforts to reintegrate the Assad regime into the international community, nor does it support steps to normalise diplomatic relations with it," Sam Werberg, the regional spokesman of the US Department of State, said in a statement to Arabi21 newspaper.

'The US administration has urged the regional countries contemplating dealing with the Assad regime to review carefully the history of this brutal regime and the atrocities it has committed against the Syrian people...'

"The US administration has urged the regional countries contemplating dealing with the Assad regime to review carefully the history of this brutal regime and the atrocities it has committed against the Syrian people over the past decade.”

Werberg stressed that the United States will neither lift sanctions imposed on the Syrian government nor support the process of rebuilding Syria until real and irreversible progress is made towards a political solution, in accordance with Security Council Resolution 2254.

He also said that the US believes "stability in Syria can only be achieved through a political process that represents the will of all Syrians," affirming Washington’s commitment to working with its allies, partners and the United Nations to achieve a permanent political solution in the war torn country.

The issue of returning the Syrian government to the Arab League has created a wedge between member states, as Qatar and Saudi Arabia reject the move before a political solution is reached.

Meanwhile, the United Arab Emirates, Algeria and Jordan are leading efforts to restore Syria to the regional organisation. 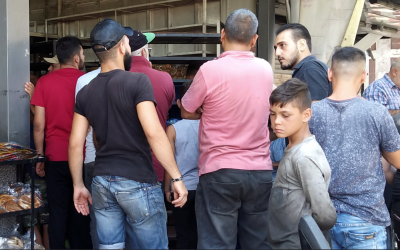 Lebanese Prime Minister Najib Mikati stressed the need for unified efforts to save Lebanon as "hunger knocks on everyone's doors," in an interview with the Saudi newspaper Asharq Al-Awsat Saudi.

Mikati denied that an agreement was behind the decision of Hezbollah and the Amal Movement Shia parties to end their boycott of cabinet sessions, opening the way for ministers to meet after a three-month suspension that has deepened the economic crisis and caused further currency collapse.

Mikati expressed his surprise at reports indicating that the move was a response to an external gesture.

He said that their decision "reflects their sense of the Lebanese people's pain and a response to the calls to focus on their needs to get them out of their economic and financial crisis."

Mikati also revealed that he is working with relevant ministers, in cooperation with finance minister Youssef al-Khalil, to prepare the draft budget law.

The bill, he said, is to be ready by the end of this week for ministers to review, in preparation for discussions in session starting next week. Sudan coup
Sudan coup: Why all bets are off after Hamdok's resignation
Willow Berridge 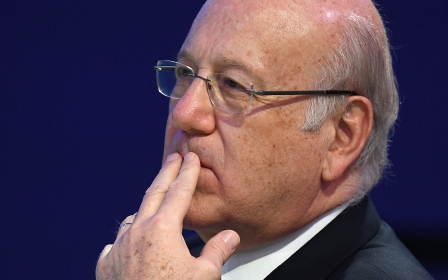