Gunfight among migrants in French port of Calais wounds five

Later, police open fire on car carrying migrants as it speeds toward group of officers trying to halt it for check 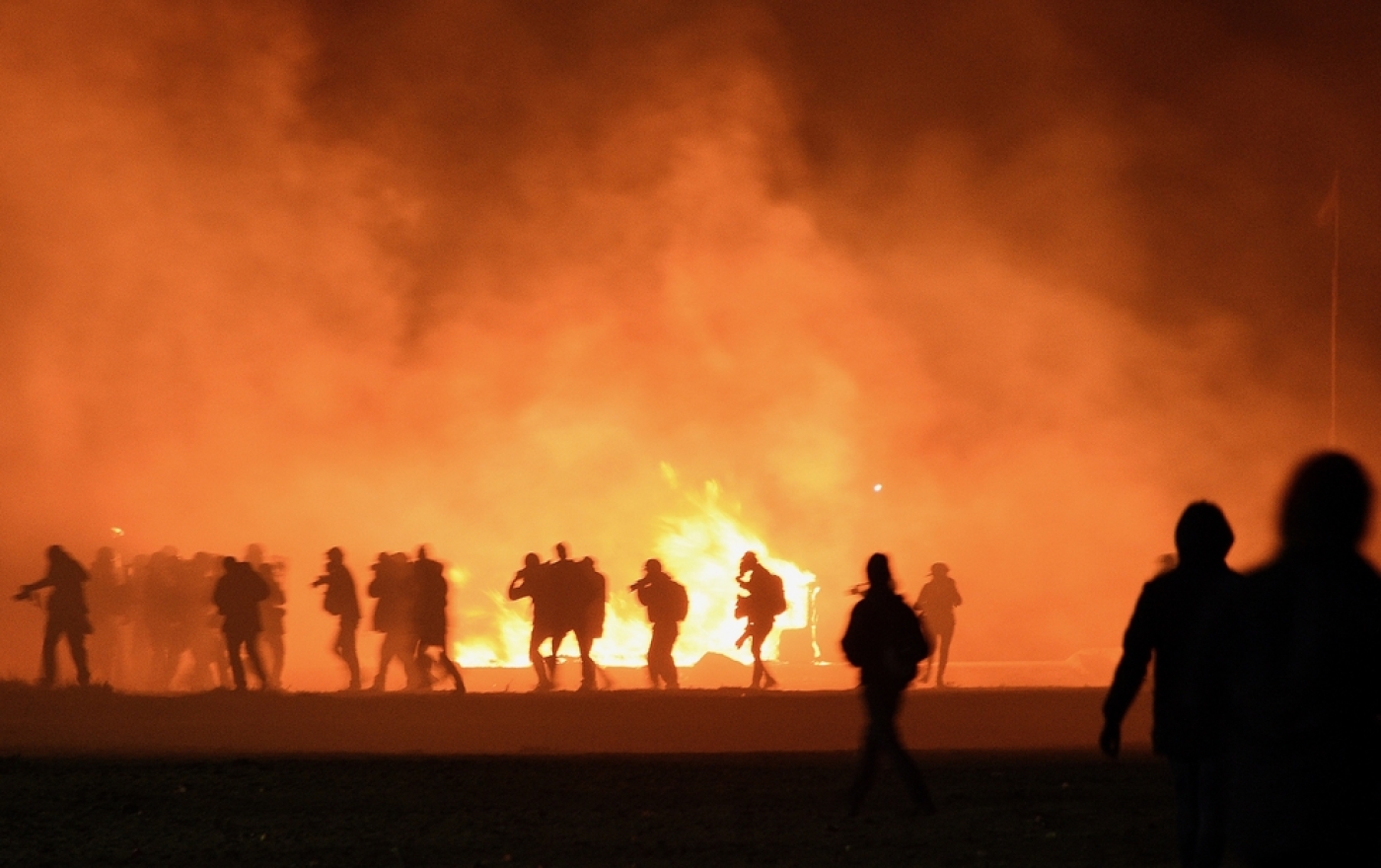 Five migrants were hurt Saturday in an exchange of gunfire between groups of Afghan migrants in the French port of Calais, officials said, blaming an apparent settling of scores between traffickers.

The local prefect's office told AFP shots were fired in the late afternoon near a Catholic aid centre outside the centre of the northern port city.

Calais is a key jumping off point for migrants seeking to break into Britain-bound trucks or pay smugglers to help them get across the Channel.

"An exchange of fire with the protagonists of Afghan nationality - one imagines [it is] a settling of scores between traffickers, though that still has to be confirmed," the prosecutor at nearby Boulogne said.

One man was reportedly taken to hospital after being hit in the abdomen.

He added police were expected shortly to begin questioning victims and witnesses.

Later Saturday, police opened fire on a car carrying migrants near Calais as it sped toward a group of officers trying to halt it for a check, authorities said.

None of the nine migrants aboard the vehicle was wounded, but the car hit one of the officers and injured his knee.

"The vehicle hit an officer, whose knee was slightly injured. The officers opened fire," stopping the vehicle, a local official told AFP.

Six Iraqis and three Afghans in the car were arrested.

Meanwhile, a French police officer who slapped a migrant in the face in Calais was sentenced to six months behind bars, according to the French website The Local.

It came after police have been criticised for mistreating refugees.

The officer's defence claimed the incident was an involuntary gesture against an agitated migrant.

However, the court in the Northern city of Boulogne-sur-Mer saw the incident that took place in a detention centre near Calais in the summer of 2016 differently, handing him a six-month prison sentence, The Local said.

The 40-year-old officer, who was a member of France's border police, slapped the migrant just before he was due to appear before a judge in a trial room at a detention centre.

The officer slapped the migrant in the presence of a court clerk who then testified against him.

A report conducted by the French state and released at the end of October said that it was “plausible” that police and gendarmes have abused their powers and mistreated migrants and refugees in Calais.