Gli was a popular feature of the Istanbul mosque, with tourists often scouring the structure to take pictures of the green-eyed cat 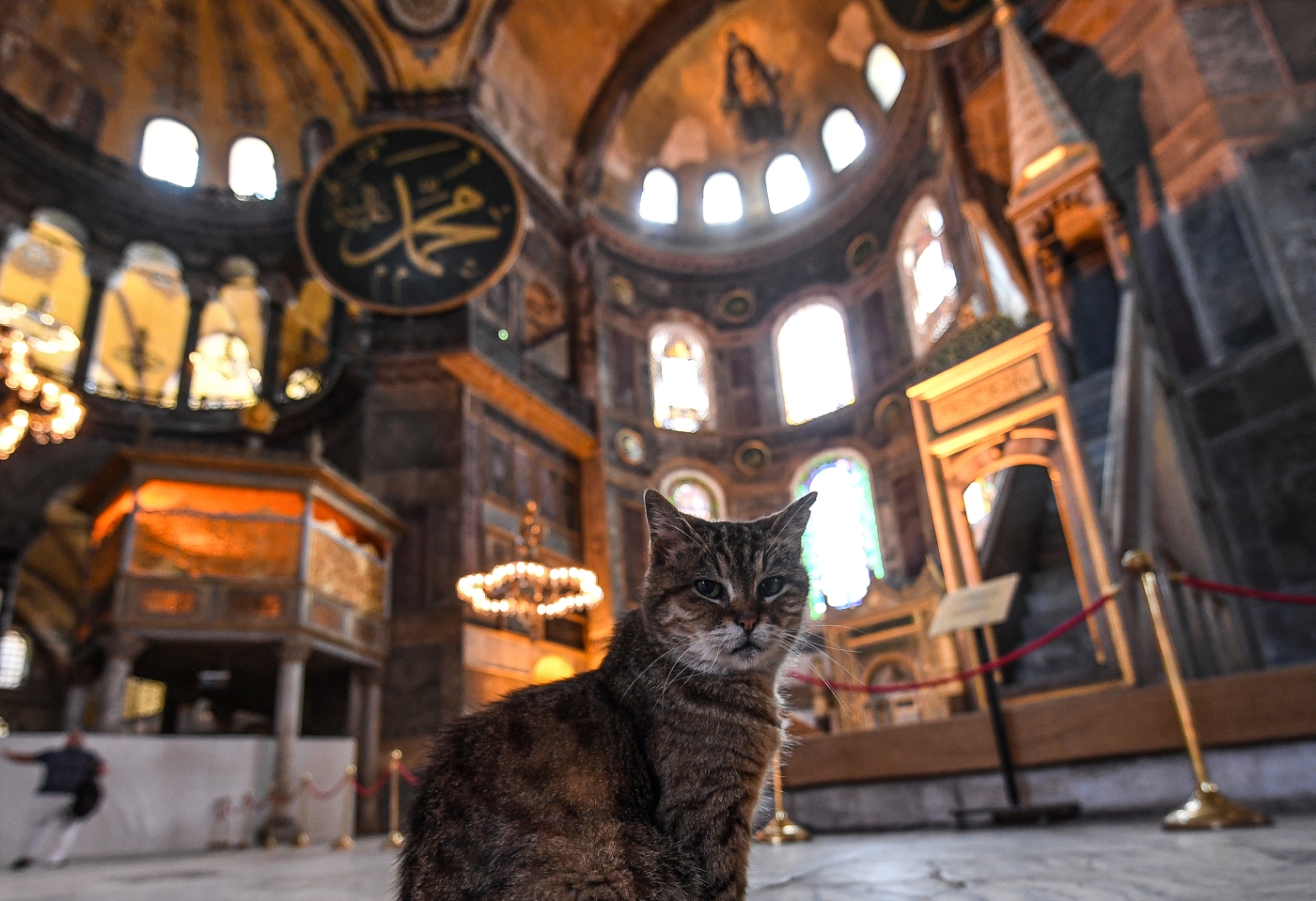 "I am sorry to lose Gli. Hagia Sophia's cat Gli, who has been treated in a private veterinary clinic in Levent since September 24, unfortunately, passed away due to old age. We will never forget you, Gli," Yerlikaya wrote on Saturday.

Gli, which means union of love in Turkish, was a popular presence at Hagia Sophia, with tourists often scouring the structure to take pictures of the green-eyed feline.

She rose to fame after she was filmed in 2009 being stroked by then US president Barack Obama during a visit to what was then a museum with Recip Tayyip Erdogan, Turkey's prime minister at the time.

Earlier this year, the 1,500-year-old Unesco World Heritage site transitioned from being a museum back to a mosque, after a Turkish court in July revoked its status as a museum. Prayers were offered inside the complex for the first time in 86 years on 24 July.

Hagia Sophia was first built during the Byzantine Empire as an orthodox Christian cathedral, the largest in Christendom at the time, before it was turned into a mosque nine centuries later with the Ottoman conquest in 1453.

Gli, the cat of Hagia Sopia
After being at a vet all week, the 16 year-old cat will now stay in a private room away from visitors for health reason. pic.twitter.com/XQ35iN6k7y

News of Gli's passing has provoked an outpouring of love and condolences online from those who followed her on her Instagram page, created by a tour guide called Umut Bahceci, which has amassed over 114,000 followers, along with Turkish officials including Uskudar municipality mayor Hilmi Turkman and presidential spokesperson Ibrahim Kalin.

Gli, the Hagia Sophia Grand Mosque's favourite feline resident, has died at the age of 16.

Whenever we visited Hagia Sophia, Gli would always look stunning and beautiful. We will miss her. May she rest in peace 😑#HagiaSophia #Gli pic.twitter.com/PVWmd4FfKg

Sad news: we lost #Gli, beloved cat of #HagiaSophia. She was old and majestic. Her health deteriorated rapidly following the conversion of Hagia Sophia. May she rest in a beautiful place, catch lots of mice, and flirt with tourists... pic.twitter.com/yRaQyJ4f8C

There was concern during the site's transition back to a mosque that it would upset the cat's home of 16 years, but officials were quick to confirm that she would be allowed to continue living there.

Gli, who died in the Levent clinic, was moved to an isolated room away from visitors before she died, and prayers were requested for her recovery.

Some online users have blamed the cat's death on the changes to Hagia Sophia's status.

Translation: When you move an animal from a place where it knows the house where it gets used to, sleeps, eats and drinks, and receives mercy and care, neither that animal nor that place will be the same as before. The blood of Gli and all animals killed by displacement is in the hands of those who intend to erase our shared memories and our past.

Gli has shared celebratory status with another cat in the city called Tombili, who was immortalised with its very own statue when it won the hearts of thousands after being snapped famously lying back on a pavement.

Cats have been a noted presence in Turkey, with Istanbul housing as many as 125,000 stray felines who are looked after by authorities, as well as by the general population, who often leave food around makeshift shelters in public spaces.

The cats of Istanbul have become so famous that in 2017 a documentary was made about them called Kedi, which followed their daily lives.