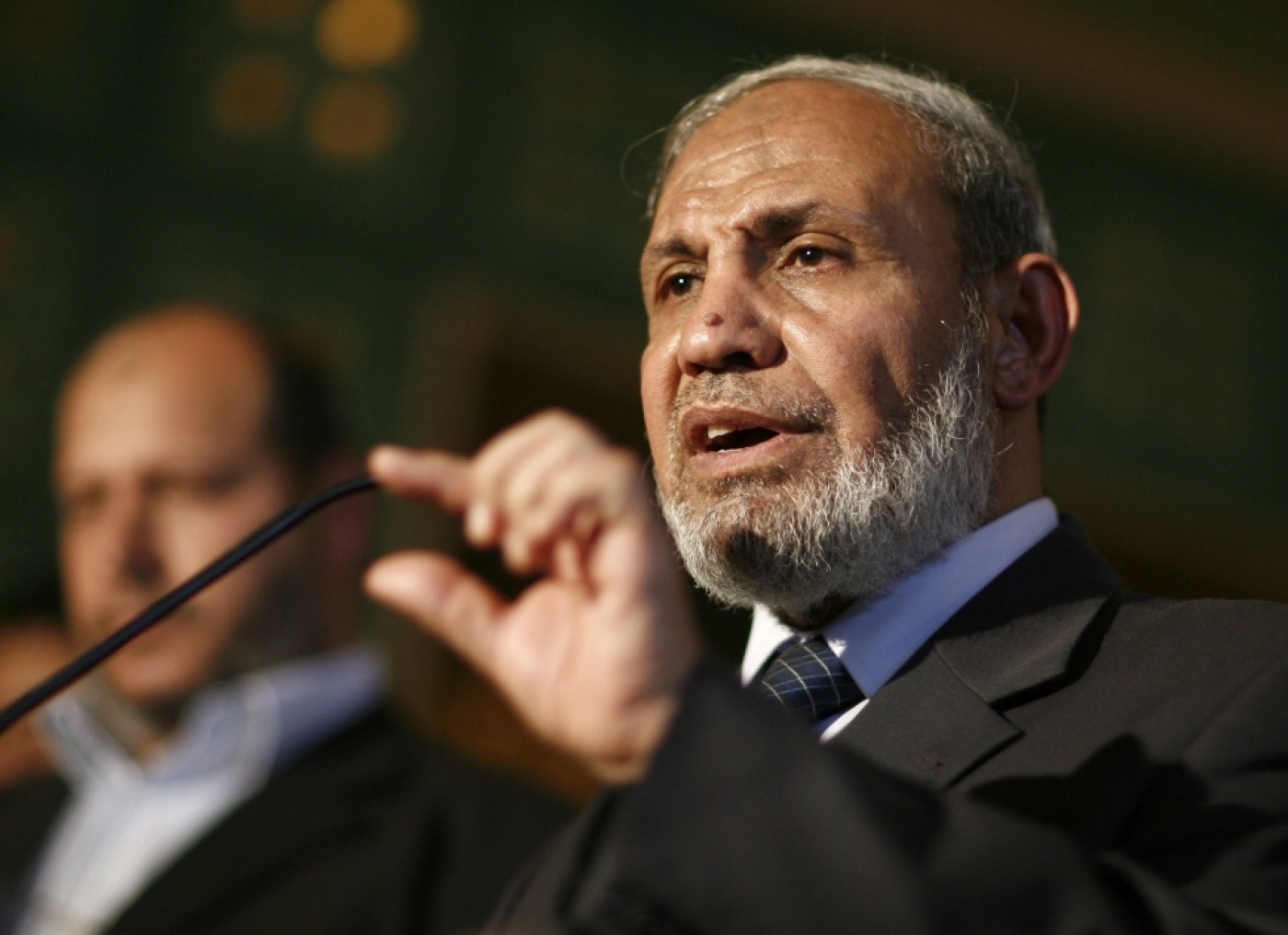 A senior Hamas official on Thursday said the Gaza-based group are considering alternatives to the “failed” Palestinian unity government, as relations continue to sour with President Mahmoud Abbas’ Fatah party.

“The Palestinian unity government has failed in its missions until now. We will think of alternatives after the end of its legal period,” Mahmoud al-Zahar told Anadolu Agency.

The unity government was formed on 2 June ending a seven year long rift between Hamas and Fatah. The two had governed separately, Hamas in the Gaza Strip and Fatah in the West Bank, since elections won by the former in 2006 led to a violent power struggle a year later in Gaza.

It is not clear when the “legal period” of the unity government ends, although Zahar may be referring to a condition in the agreement that stipulated elections must be held six months from June this year – this would mean the government’s mandate ends on 2 December.

Tensions have been on the rise between Hamas and President Abbas’ Fatah, in the aftermath of Israel’s 50 day long assault on Gaza that ended on 26 August, which saw more than 2,100 Palestinians, mostly civilians, and near 70 Israelis, mostly soldiers, killed.

While Hamas “handed Abbas important cards to play” in the unity government, according to MEE’s Editor David Hearst, the Palestinian Authority (PA) president has sought to undermine the cross-party agreement.

“The Palestinian president whose own mandate has run out, is trying now to rattle the unity agreement with Hamas to bits,” Hearst wrote in column earlier this month. “Trying to counter the surge in Palestinian support for Hamas – Fatah members are flocking to join Hamas in the West Bank – is more important to him than ending the impunity Israel enjoys in international law.”

“Personal ambition which will never see the light of day – Abbas’ plan for an Israeli withdrawal from the West Bank in three years – trumps the collective Palestinian search for justice,” he wrote in reference to the PA president allegedly blocking a Palestinian application to join the International Criminal Court.

A poll carried about the Palestinian Centre for Policy and Survey Research (PCPSR) in the immediate aftermath of Israel’s Gaza assault put Hamas ahead in both parliamentary and presidential polls for the first time since 2006.