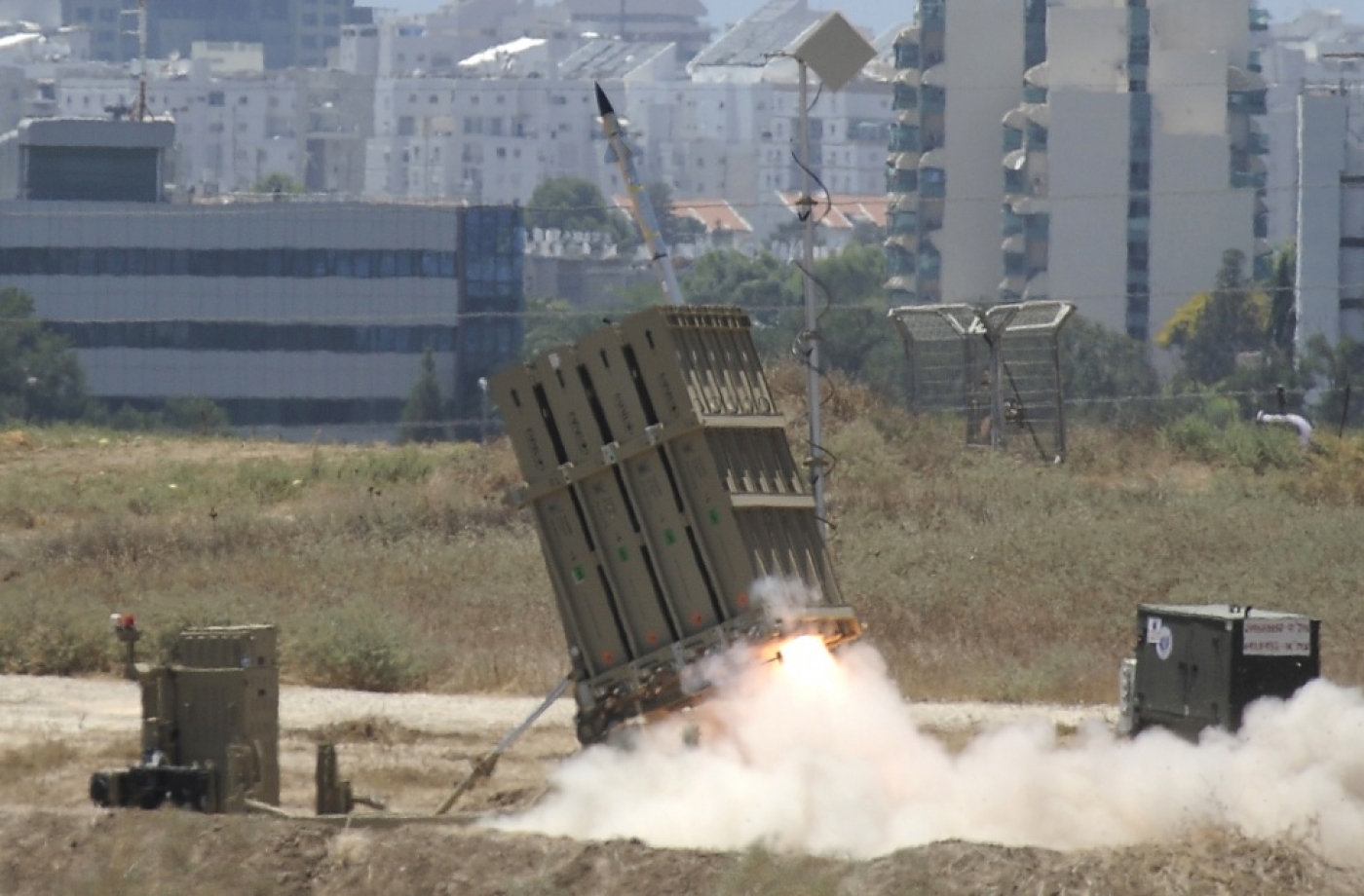 A missile is launched by an 'Iron Dome' battery on 11 July, 2014 in Ashdod (AFP)
By
Kate Shuttleworth

Seen as playing a crucial role in defending Israel from Hamas rocket strikes, the indigenously designed Iron Dome defence system has also become a key strategic and psychological tool in hostilities between the two sides.

This role Iron Dome plays has intensified since Israel launched Operation Protective Edge on 7 July, with three new interception batteries, now set be rushed into action as the previous seven were seen as too stretched.

The three new interception batteries, which were announced on Tuesday and are believed to cost a combined total of $150 mn, are to be hurriedly created by Rafael Advances Systems – the firm that created the first Iron Dome in 2011. A statement from the ministry said their introduction would enable protection of a larger area of the country.

The Iron Dome system is able to determine within seconds if a rocket is going to hit a building in a city or land in an open field. If it’s determined that the rocket will hit a city, a counter missile is sent to intercept it. Iron Dome only destroys rockets set to hit urban or strategically sensitive areas.

For the last week, this process has been repeated over a hundred times a day as a barrage of rockets have been launched at Israel from Gaza. Of the 1,215 rockets fired from Gaza in the past eight days, the Iron Dome has intercepted more than 230.

The Iron Dome is designed to intercept short-range rockets and mortar bombs in mid-air. Each battery is made up of two parts - a control centre which calculates the interception point and commands the launch of an interception missile and a launcher. The launcher contains 20 Tamir missiles with proximity warheads. Each of the missiles has a range of 43 miles (70 kilometres).

The state-of-the-art system was designed and built by Rafael Advances System following the 2006 Israel-Lebanon War. A video produced by the company states that Israel has spent in excess of $1 bn on it with the United States contributing $235 mn.

New challenges to the system

The Iron Dome isn’t without fault. During the latest crisis between Israel and Gaza, the number of rockets coming from Gaza has increased and they are reaching further than ever before.

It’s believed Hamas’ Al-Qassam Brigade and Islamic Jihad have in excess of 10,000 rockets. According to Weiss these include long-range Syrian-produced and Iranian-financed M-302 rockets that have a range of up to 160 km.

Weiss believes Gaza is home to “dozens” of these rockets and she said five have already been used to fire at Israel’s northern cities of Zihron Yaakov, Hadera and near Haifa.

The Iron Dome is not immune to failure, and in 2012 an error meant a rocket crashed through the walls of a house in Kiryat Malachi in southern Israel, killing three people and critically injuring a child.

The creators of the system, however, insist they had made upgrades in both its hardware and software since the incident.

Ted Postol, a professor of technology and national security at MIT and a staunch critic of Iron Dome, said at times interceptors were not destroying the warhead parts of rockets so these were landing amongst citizens as unexploded warheads.

“The only meaningful definition of a successful intercept is the destruction of the artillery rocket warhead,” he told MIT Techology Review.

Falling debris from intercepted rockets can cause serious injury to those who are not in protective shelters.

But many do continue to sing its praises and Human Rights Watch emergencies director Peter Bouckaert told MEE that the Iron Dome has been effective in intercepting rocket fire over the areas it aimed to protect.

“Any missile defence system will have a significant failure rate, given the physics involved. I doubt any Israelis feel particularly complacent about the rocket fire because of the protection offered by Iron Dome as most still react to the warnings of incoming rockets,” he said.

With such impressive interception rates, one of the Iron Dome's creators Reserve Brigadier General Danny Gold, has warned that people risk becoming complacent.

“I think people are reasonably security conscious because of the Iron Dome and because we know how to deal with this situation so people feel secure. If you walk in Tel Aviv everything is normal aside from when a siren sounds,” he said.

While he keeps a low profile, he says that people still stop him in the street to shake his hand for designing the system.

He said there was an increasing tendency for people to continue their daily business in the knowledge that any missile will be intercepted overhead.

But the dome remains just one of tools at Israel's disposal.

“Defence is a combination of the iron dome, sirens, and massive intelligence as well, like we see - all layers are needed to support each part," says Gold.

“There’s no way people should sit at home and do nothing because they think the iron dome will do everything 100 percent correctly about their head.”

Such sentiment is often echoed by many of Israel citizens.

“It’s a curse in the disguise of a blessing. We all know that there are still risks with it and that we have to run for shelter,” she added.