Hard choices ahead as Davutoglu assumes the role of PM

Turkey's new prime minister aims for a harmonious relationship with Erdogan, but he has to deal with on-going challenges 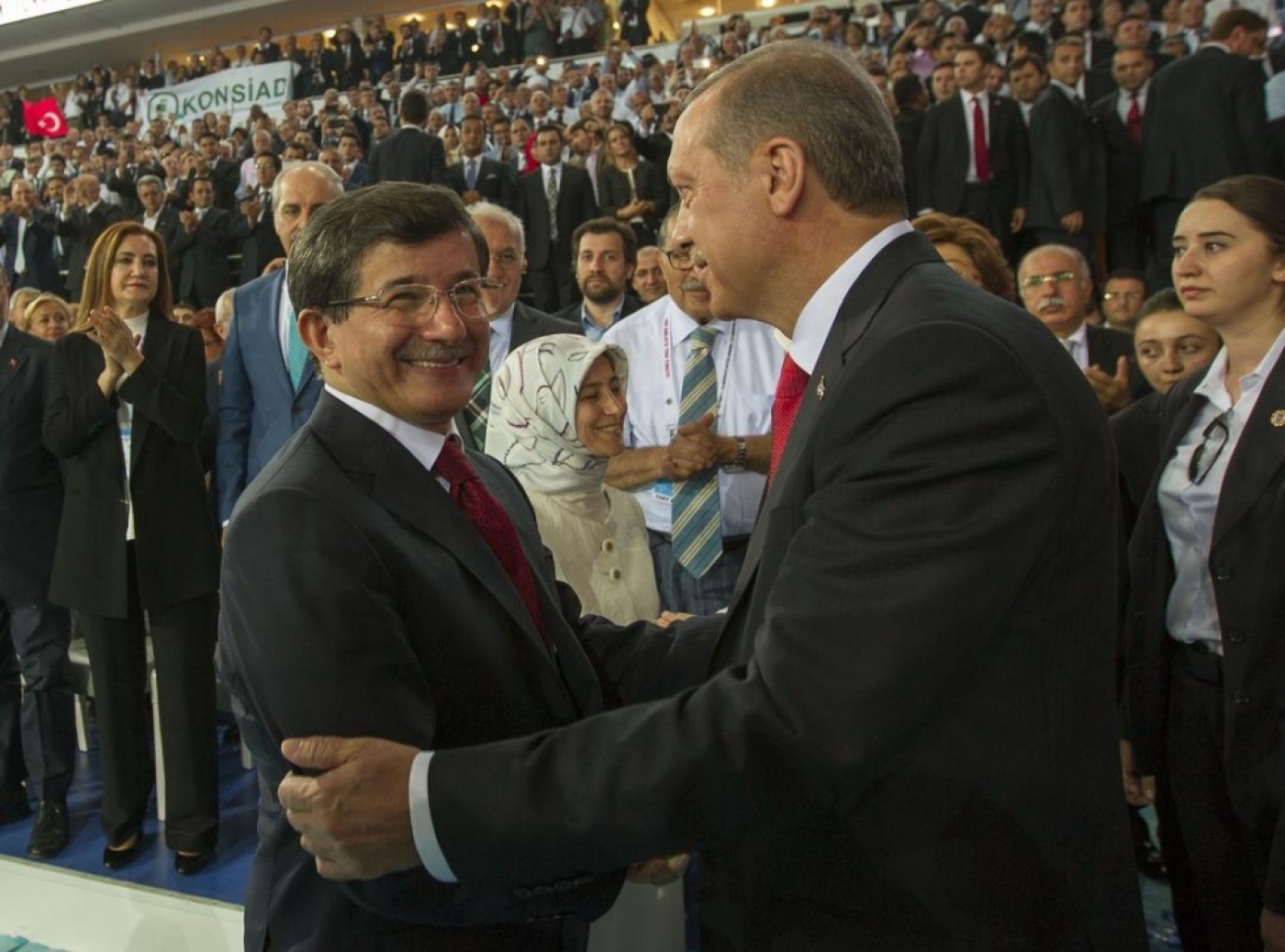 Istanbul, Turkey – The soft-mannered and modest looking humble "hoca" Ahmet Davutoglu - "master" in Turkish - has become prime minister of Turkey as President-Elect, Recep Tayyip Erdogan announced his name on 21 August. The former foreign policy advisor to the outgoing PM and chief architect of the Turkish foreign policy of Justice and Development Party (AKP/AK Party) is to be formally elected on Thursday. He is expected to lead the government to the general elections in 2015.

Whilst delivering his address on the same day, Erdogan praised Davutoglu's efforts to fight against the notorious "parallel structure." This term coined by the government after the December 2013 corruption probe, targeting the members of the so-called Gulen or Hizmet movement, which supposedly had infiltrated bureaucratic structures.

Furthermore, Erdogan mentioned the drafting of a new constitution; to enable a presidential system, an essential on the to-do list. However, currently AKP does not have the parliamentary majority to unilaterally introduce a new constitution.

Though there are many pressing issues, such as the kidnapping of 49 Turkish diplomatic personnel by the Islamic State (IS) in Iraq, political polarization within Turkish society, the peace process to solve the decades old Kurdish problem, the heightening tensions between Turks and one million Syrian refugees in Turkey, Erdogan's emphasis on the constitution and the "parallel structure" signal the priorities of Davutoglu government.

Since the beginning of 2014, these two topics have become the main focus of the government, and it appears that Erdogan wants Davutoglu to stay on the same path. Davutoglu's future commitment to this path will sculpt the nature of the duo's governing relationship.

Since Turkey is currently a parliamentary democracy, Davutoglu will effectively become the head of the executive branch of the state, and Erdogan by law, needs to resign from his party and distance himself from partisan politics. In his speeches on multiple occasions, he signalled that this will not be the case.

Though this "dual governance" could prove to be material for never-ending political disputes and lead to constitutional crises, it does not have to be openly performed, or at least occur before the eyes of the Turkish society at large.

According to Mustafa Akyol, a Hurriyet Daily News columnist, Davutoglu and Erdogan are on the same page on all the important issues. "As a result of this consensus, I do not think Davutoglu will be the 'yes man' of Erdogan," Akyol told Middle East Eye.

"In fact, Davutoglu would take the initiative in many matters and express what he stands for, thanks to his vast academic background and intellectual capacity."

The harmony between the two was apparent from the beginning of AKP's first term. Davutoglu's multi-layered approach to international relations, most notably the attempt to build coalitions within the Middle East, while instituting deeper integration with the European Union, have been the basis of Turkish foreign policy.

Therefore, it is highly likely that Erdogan and Davutoglu will keep business as usual and continue to govern side by side. For Etyen Mahcupyan at the daily Aksam newspaper, this natural harmony between the two will be the key factor to persist through the next year.

"Davutoglu knows what Erdogan wants and how he wants it to be executed. There is an informal connection between the two," Mahcupyan told MEE. "I do not believe that he [Davutoglu] will become a dependent PM."

Indeed, the two statesmen proved to be in accord on all the main foreign policy matters. From Erdogan's calculated outburst against the former Israeli President Shimon Peres in Davos to the demonization of Bashar al-Assad in Syria, Davutoglu somehow guided the PM's moves.

"So far Davutoglu seemed to be the one who influenced Erdogan, not the opposite," Mahcupyan said. "However, Erdogan has been the one who asserted will."

Nevertheless, this matter of "will" might become problematic, not because of conflicting interests, but of conflicting power and authority. On multiple instances, Erdogan declared that Davutolgu is the party's legitimate chairman since appointing him came as a result of intra-party consultations, but it will remain unclear to what extent the decision came from Erdogan.

Also, it is a known fact that Erdogan has a domineering personality, whereas Davutoglu avoids confrontational tones. According to Soli Ozel at Kadir Has University, this difference in personalities, alongside a potential conflict of power might expose the weakness of the dual structure.

"When observed from outside, the intra-party consultations that Erdogan mentioned are not likely to have much weight in this new structure," Ozel told MEE. "Because of Erdogan's personality, thus the borders that he will draw in this relationship, Davutoglu's ability to perform without constraints are highly dubious."

Retrospectively, the AKP government changed its policy choices over the course of three terms, adopting a more ambitious tone every time. In Erdogan's words, if they were an apprentice in the first term, they have become journeymen in the second, and now in the third term they are enjoying the mastery of statecraft.

Before each general election, the party has carefully crafted mottos in order to advance its agenda as well as to realise its vision of Turkey. Hence, it is not surprising that Erdogan emphasises on the centennial of the Republic of Turkey (2023) and aims to stay in power as president within the "The New Turkey" that he is working to create.

On the day of the Davutoglu's nomination, the new PM further elaborated on the idea of "The New Turkey" and referred to the AK Party saga as a "sacred march." He said, "despite those who want to halt it, such as 'the parallel structure' or whoever else, [this] sacred march will reach its destination."

The "sacred march" according to Akyol, is a term that goes hand-in-hand with "The New Turkey" slogan and not legibly defined. "Does it mean more democracy and more representation?" Akyol inquired. "Its meaning is not clear."

Perhaps, the litmus test for Davutoglu in this realisation will be his actions regarding two important matters that will occupy the agenda by his first day in the office.

Firstly, concrete moves to end the Kurdish issue is expected to be on the table by early September. Davutoglu's reconciliatory personality might prove its worth to advance the peace process further.

"Especially when it comes to the 'peace process' and the new constitution, AK Party will opt for an enduring strategy, and by doing so shall continue to win elections," Mahcupyan argued. "This is their goal for the next five years."

For Akyol, Davutoglu should prove himself in the light of the regressing democracy. "Unfortunately the 'sacred march' is a claim of 'Truth'; it is a reflection of a long-term vision," he elaborated. "If you see the world through the glasses of infallibility, you would de-legitimise all the political opposition. This is not a reflection of the idea of plural democracy."

Secondly, Davutoglu should convince the electorate to give his party the power to change the constitution next year. Though a new constitution would mean the replacement of the military-made social contract as well as improvement of individual rights and freedoms, the debate on it now has been reduced to the question "should Turkey adopt a presidential system?"

Under these circumstances, Davutoglu's self-defined role ironically seems to be decisive for the future of Turkey as well as Erdogan's. Soli Ozel contends that while Erdogan wants to accomplish a transition to the presidential system, there is reason to doubt that Davutoglu would willingly choose a course which would invalidate himself.

In line with Ozel's point Akyol concluded, "There is no point for Davutoglu to support a presidential system".

"If he opts for that, he would deal the biggest damage to himself." 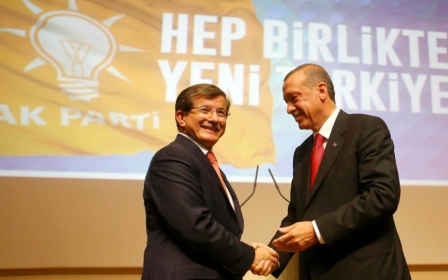 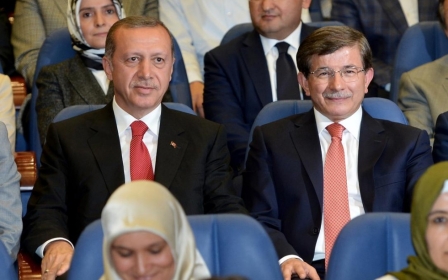 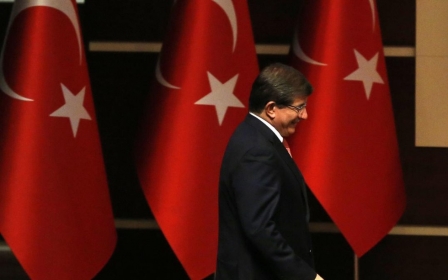