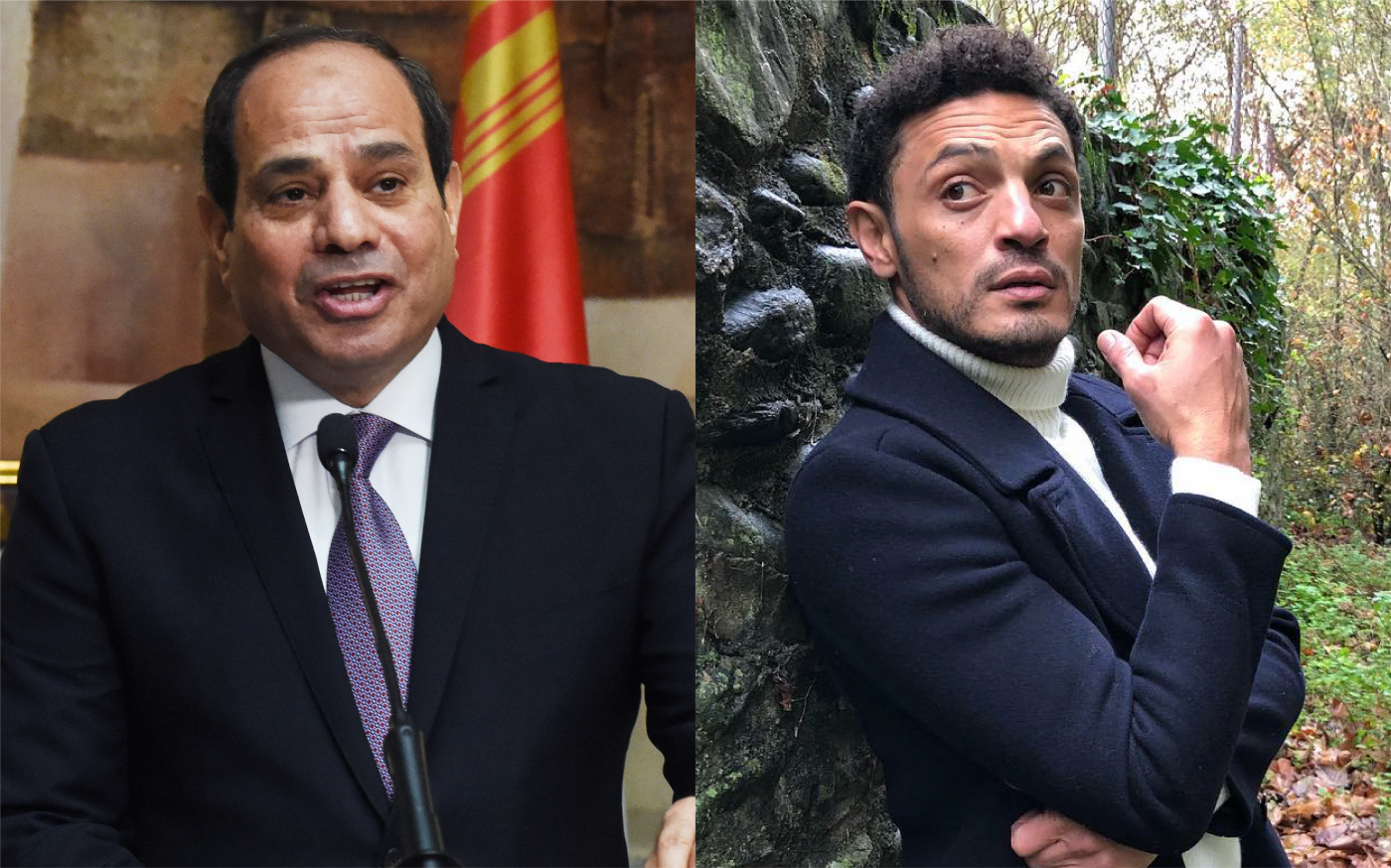 The hashtag #كفايه_بقى_ياسيسى (That’s enough Sisi) has gone viral after Egyptian actor and property tycoon Mohamed Ali released a video calling on Egyptians to flood social media with it and pressure Abdel Fattah el-Sisi to step down as president.

The hashtag was trending in Egypt at number one and worldwide at number six on Monday, hours after Ali posted his video online.

Ali’s videos, which have been posted on an almost daily basis since 2 September, have sparked a fierce debate and amassed millions of views.

In the videos, the businessman turned activist alleges that the military and Sisi have used public money for personal gain while Egyptians live in destitute conditions.

In a speech to a youth conference in Cairo on Saturday, Sisi used a session on combating the spread of fake news via social media to address the claims made in the videos for the first time, saying that some public money had been used to build new palaces but insisting that they belonged to the Egyptian people.

Middle East Eye has contacted the Egyptian government and Ali’s company for comment but has not received a response.

In his latest video, posted late on Sunday, Ali called on people to take to the streets in protest and suggested that Sisi's comments amounted to an "admission" that public money had been misspent.

“Are we going to stay afraid at home worried that someone is listening in and we’ll be imprisoned? Just yesterday Sisi admitted that he is building palaces and is going to build more while Egyptians are eating out of bins,” he said.

“We will start a hashtag... the Egyptian population outweighs the army and the police. How are 3 million of them going to spy on all of us. If Sisi is a just person and he sees the number of people using the hashtag, he should come out and step down from his presidency," he said.

"If he doesn’t comply on Thursday, go out into the streets for an hour on Friday. I will post a video asking the rest of the world to be an arbitrary judge of what’s happening.

"We want all the cameras to capture how many people come out. We won’t cause destruction or ruin anything... we just want to live with dignity and to finally have a choice. This is our only chance.”

Translation: “My dear family, friends and loved ones, 60,000 are detained. 2,532 are sentenced to death. 6,500 have been forcibly disappeared. And 7,500 persecuted. If everyone used the hashtag #كفايه_بقى_ياسيسى  it will be a step towards saving us from injustice”

Hundreds of thousands of people have since used the hashtag online, with some sharing photos of poverty in Egypt and others highlighting widespread complaints of corruption and mismanagement of the economy.

Ali started posting videos after fleeing to Barcelona, Spain, following 15 years in which he said he had worked with the Egyptian army and overseen multi-million dollar building projects through his company, Amlaak.

He said he felt forced to flee Egypt, fearing for his and his family’s safety after deciding to speak publicly about the projects assigned to his company by the army.

In his videos, Ali says that his company is owed 220 million Egyptian pounds ($13.5m) for the construction of a luxury hotel in New Cairo, as well as that Sisi is using public funds to build a number of palaces around Egypt.

Translation: "Sisi: ‘Egypt, in its current economic conditions cannot meet the needs of Egyptians’. But, you thief, they can meet the needs of the madam and the entourage of palaces and villas and hotels others."

Egyptian actor and human rights activist Amr Waked also used the hashtag. Waked, who is openly critical of the Egyptian government, also left for Spain in 2017 and has not returned since, after learning from his lawyers that he is facing charges in Egypt.

Translation: “The hashtag has over 400,000 tweets. Amazing numbers we are seeing for the first time. God make it easy.”

Translation: “We will dream again of a fair nation, an honest living, fair treatment. I hope we will be like the European countries and we can because we have the ingredients for it, but we lack the governance and leader. Dear lord, dear lord, dear lord.”

Responding to allegations made by Ali about the lack of transparency around the army's budget, Sisi said on Saturday that the budget was deliberately hidden from oversight out of concern that officials were not seen to be "bragging" about their achievements.

"Yes we are hiding [information] because we don't want people to say that we are bragging about our achievements," he said, adding that the army had overseen the construction of roads in recent years worth 157 billion Egyptian pounds ($9.6bn) and other mega projects costing more than $245bn.