Hassan al-Karamy: The force behind IS in Libya

The 'spiritual leader' of the Islamic State group in Sirte rose through the ranks of Ansar al-Sharia, before allying with Abu Bakr al-Baghdadi 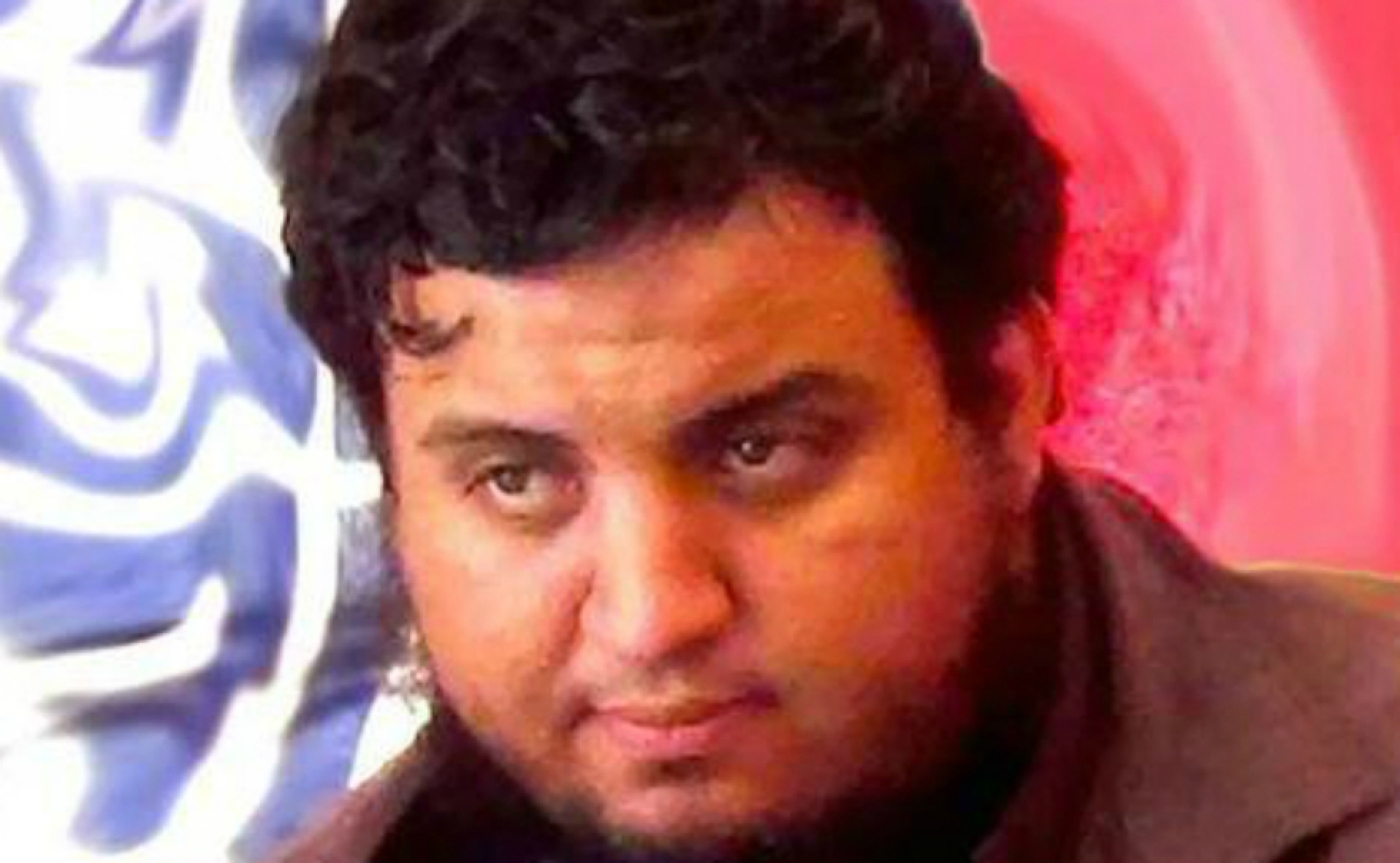 One side was tightly linked to long-time strongman Muammar Gaddafi and helped run his brutal security forces, while the other supported armed Islamist groups.

In 2006, while his cousins were working for Gaddafi’s security services and helping him to crush, imprison and kill Islamists, Karamy is believed to have travelled to Iraq, where, at just 20 years old, he joined militant groups opposing the US-led occupation and wreaking destruction on the country’s Shia majority.

Now, however, these two sides of the family have found themselves fighting for IS – one out of a sense of nostalgia for the old order, the other out of a desire to bring about a caliphate in Libya.

After years of division, delegates from Libya’s rival parliaments signed a unity deal on Thursday, but the challenges ahead will be great with Libyans still split and IS expanding its presence.

Local Libyan sources who spoke to Middle East Eye said that while in Iraq, Karamy met Abu Musab al-Zarqawi, the founder of the Islamic State in Iraq, seen as the predecessor to IS.

He also grew close with many al-Qaeda leaders and decided that he would take their struggle home with him to Libya.

When he returned, Benghazi-born Karamy dedicated himself to learning the Quran and quickly began developing a reputation for his preaching.

In 2011, however, with Gaddafi toppled and the Libyan state in disarray Karamy actively began trying to bring about a new order, inspired by his time in Iraq and strict interpretations of Islam.

Karamy joined Ansar al-Sharia - a Salafist militia - and rose through the ranks. The group is believed to be responsible for the murder of the American ambassador Chris Stevens in the attack on the US consulate in Benghazi in 2012.

When IS began to expand its influence in Libya in 2014, Karamy joined and helped to recruit many other Ansar al-Sharia members. He is now considered by many to be IS’s spiritual leader in Libya and is a senior IS figure in Sirte, an IS stronghold in central Libya best known for being the birthplace of Gaddafi.

"At first the people of Sirte sent the army away, believing that they could live with the Salafist groups, such as Ansar al-Sharia,” one of Karamy’s relatives told MEE.

“Citizens, including my sister, did not see the danger, rather they recognised [the militias as the] families of the regime’s former leaders and [deemed this to be a] guarantee of stability.”

“They said it was a 'tolerable extremism' and that they knew all the young boys, the local Salafists [including Karamy's and my] cousins,” the relative added.

The links between the Karamys and the Gaddafis go back to 1969, when Gaddafi seized power and “personally chose the Karamy family to serve in the inner circle of his security guard,” the relative said.

Karamy’s cousin Ismail al-Mabruk went on to be one of the most trusted hierarchs and became head of internal security of the country and head of the anti-drug department, while another, Jamal, “the most ruthless of the family” headed up the military police.

“He blindly obeying the commands of Gaddafi. He did not hesitate to murder the relatives, including my nephew Imad, who opposed the regime,” the relative said.

“They were followers of Gaddafi and are now supporters of Daesh [IS].”

According to the relative, last year Karamy’s cousins in Sirte then called on him to come to the city from Derna and asked him to take over the management of parts of the city.

The growth of IS, though, has complicated the situation, turning Islamist militias against one another and alienating local tribes.

In April 2014, the Shura Council of the Islamic Youth (MSSI) - a Libyan group formed by militants returning from Syria – declared the establishment of Islamic Courts in order to solve any disputes.

The MSSI’s militias then marched towards the city of Derna with 26 armoured vehicles and more than 100 masked men waving black flags. They claimed to be fighting for a common cause but IS tried to exploit internal divisions.

In Derna their attempts backfired and the militias were chased out by a rival Islamic group: the Brigade of Martyrs of Abu Salim.

In Sirte, however, the strategy worked perfectly.

IS grip on Sirte

“Many former Gaddafi officers after the 2011 revolution organised themselves abroad [and plotted] to regain power,” Karamy’s relative said.

“They allied with foreign mercenaries, mainly from Tunisia, Sudan, Yemen and Pakistan, all [fighting] under the name of Daesh.

“They chose Sirte, Gaddafi's hometown, as their ideal hideout. It was the perfect base for organising terrorist actions throughout the country, [and they were] convinced [that they would] find support and assistance from the local tribes."

The alliance between IS and Salafist groups in Sirte dates back to June 2013 when Turki al-Binali, a leading IS religious leader and Bahraini national, began holding a series of sermons aimed at recruiting supporters.

By the time IS’s leader Abu Bakr al-Baghdadi, who controls vast swathes of Syria and Iraq, called on Libyans to pledge allegiance to his self-proclaimed caliphate in autumn 2014 IS already had a firm base in the city.

Many in Ansar al-Sharia believed that they could only be strengthened by the alliance and decided to swear allegiance to the caliph.

Karamy was a key figure in this shift and on 30 October 2014 as a preacher he was present at the first IS-initiated Dawah, an invitation to learn more about Islam, where people were called on to pledge allegiance to Baghdadi.

In the early months of 2015, Hassan al-Karamy was officially named as an IS member on a list published by the 166 Brigade of Misrata, a part of Fajr Libya (Libya Dawn), the military wing of the Tripoli-based government that tried to stop the spread IS in Sirte, before retreating.

At the beginning, few residents understood the impact that IS’s rise would have. But while IS continues to take advantage of the country’s ongoing political vacuum, the group's brutality and the growing presence of foreign fighters have begun to cause internal tensions with the communities that initially welcomed the group.

Today the town has two categories of leaders. There are still some local leaders like Karamy, but there is a growing number of so-called “mercenary” leaders who have come to fight for IS.

Local sources say that the head of the IS headquarters in the city is a Pakistani, while the prison is in the hands of a Kuwaiti national, and the University of Sirte is presided over by a Nigerian man affiliated with Boko Haram. All of them go by pseudonyms and never let their faces be seen by the residents.

While Ansar al-Sharia is known to enforce a very strict version of Islam, the rise of IS has ushered in even more violence and repression.

There have been public executions, and locals say that lootings and extortion are rife, claiming that Karamy is the main man fuelling the carnage.

Mahmoud, a lawyer and former Sirte resident who now lives in Misrata to the west, told MEE that initially he was receptive to the new arrivals, but has since fled.

"After the revolution in Sirte we felt abandoned. In the very beginning the men of Ansar al-Sharia were helping us,” he said.

“They cared about all we needed. When last year IS took over the city, they found an already implemented system: a lot of their men, allies of Ansar al-Sharia, were acting in the shadows, especially in the district of al-Nawfaliyah.

“Hassan al-Karamy, the current spiritual leader of IS in Sirte, was one of them,” he added.

On 7 August, Khalid bin Rajab Ferjani, a Salafi preacher of the Ferjani tribe, spoke against IS in a sermon, saying the group did not represent Islam. It was the first step in a popular revolt led by the Farjani tribe. It raged for a few days but was eventually brutally crushed by IS.

Ferjani was assassinated with reports saying that 12 men from the tribe were beheaded and their headless bodies paraded through the town before being strung up for all to see. Karamy also allegedly ordered their wives and daughters to be given to IS fighters.

The attack sent shockwaves across the region, prompting the Arab League to consider bombing IS in Libya in retaliation.

While reconciliation for Libya's rival parliaments has inched closer, IS has pledged to keep growing. Earlier this month, the key town of Ajdabiya fell to IS, with the UN warning that Libya could become a fall-back for the militants as they continue to come under growing pressure in Syria and Iraq.

According to an intelligence source in Misrata, Karamy today would also be the negotiator for the exchange of prisoners between Misrata and Sirte. Karamy would have demanded the release of his cousin Ismail al-Mabruk (a top security official under Gaddafi) who has been in prison since the revolution of 2011, in exchange for the release some militiamen from Misrata who are being held prisoner. 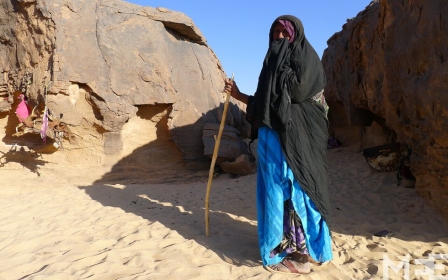