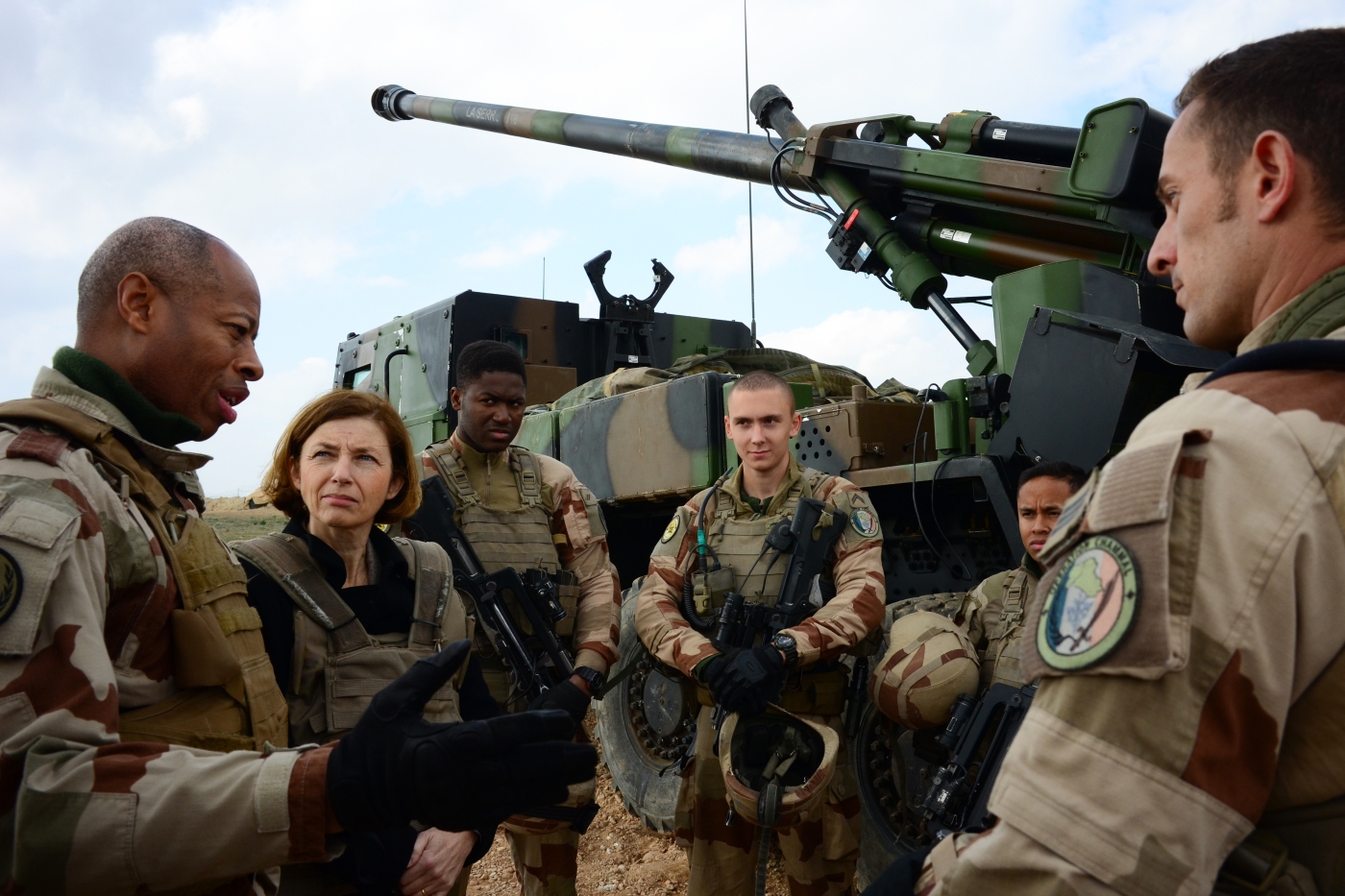 French General Jean-Marc Vigilant (L) and French Defence Minister Florence Parly (2nd L) talk to French soldiers engaged in the "Operation Chammal", the French military operation within "Operation Inherent Resolve", the international coalition against the Islamic State (IS) group, as they stand in front of a wheeled 155 mm gun-howitzer CAESAR system (AFP)
By
MEE and agencies

The Syrian Democratic Forces (SDF) militia is locked in ferocious fighting with Islamic State group (IS) militants as it tries to expunge the group from the last part of its so-called caliphate in Syria east of the Euphrates River, an activist group said.

The SDF, a Kurdish-led militia supported by a US-led coalition, announced a final push to retake the enclave near the Iraqi border late Saturday, after a pause of more than a week to allow civilians to exit the area.

"The battle is ongoing. There were heavy clashes this morning, with landmines going off," said Rami Abdulrahman, the head of the UK-based activist group.

The SDF launched an offensive to expel IS from the eastern Syrian province of Deir Ezzor in September. Since then, the Kurdish-led alliance has pushed the militants back to a patch of only around four square kilometres on the Euphrates' eastern banks.

SDF spokesman Mustafa Bali on Sunday afternoon said his fighters had battled their way forwards against the militants, capturing 41 positions from them.

"Our forces are relying on direct combat with light weapons," he told AFP.

Up to 600 militants could still remain inside, most of them foreigners, Bali said.

Hundreds of civilians are also believed to be inside, he said.

Since a renewed push into IS areas began in December, over 37,000 people, the majority wives and children of militants, have fled to SDF-held areas in the desert, according to the Observatory.

Among that number are some 3,200 suspected militants detained by the militia, the activist group said.

Baghdadi 'not in Syria'

"We do not think he is in Syria," Bali said, without adding further details about the whereabouts of the man who declared a cross-border IS "caliphate" in 2014.

On the Iraqi side of the border, French members of the coalition on Saturday stood ready to pour fury on any jihadists trying to escape.

Dozens of 155-mm shells were lined up ready to be loaded onto three green-and-black Caesar gun-howitzers with a range of 40km (25 miles).

Redur Xelil, the Kurdish-led  SDF's senior public relations officer, told The Times newspaper on Friday that a number of foreign hostages, including British journalist John Cantlie and Italian priest Father Paolo Dall'Oglio, were possibly being held in the enclave.

“There may be foreign hostages among our own prisoners held by [IS],” he said.

“We have received a lot of information, sourced to [IS], about John Cantlie’s presence as a prisoner, which is very hard to verify, but also suggestions that Father Paolo and the ICRC [International Committee of the Red Cross] employee may also be alive.”

Cantlie was abducted in Syria in November 2012 and was used by IS in numerous propaganda videos.

He had not been heard of since December 2016, until two weeks ago when Bali tweeted that Cantlie could be alive.

On Tuesday, British security minister Ben Wallace also suggested that the journalist might be alive.

Dall'Oglio, a peace activist and supporter of the opposition, disappeared in Syria in July 2013.

Earlier this week a Kurdish official indicated the hostages could become part of negotiations for IS fighters to receive safe passage from their last stronghold.

“These are ideal figures for [IS] to use in their negotiation for a safe corridor to escape,” the official said.

“But if these three were held alive then we would have expected to have received more concrete information about them. We haven’t. The information could just be a ploy by [IS] to protect themselves and live a little longer.”

The SDF holds hundreds of foreigners accused of belonging to the group in its custody, as well as members of their families.

They have urged Western governments to repatriate their nationals, but politicians abroad have been reluctant.

On Sunday, a Russian diplomatic source says Russia was repatriating 27 children who mothers are being held in Iraq for belonging to IS.

The issue of jihadist repatriation from Syria has come into sharper focus since the United States in December announced its military withdrawal from Syria.

That announcement has seen the Kurds warn they may struggle to keep militants in jail, and pushed them to seek a new ally in the Damascus regime to prevent a long threatened Turkish offensive.

While the Kurdish People's Protection Units (YPG) have been a key US ally in the fight against IS, Ankara views them as "terrorists".

Syria's Kurds have largely stayed out of the country's civil war, instead building semi-autonomous institutions in northern and northeastern regions they control. 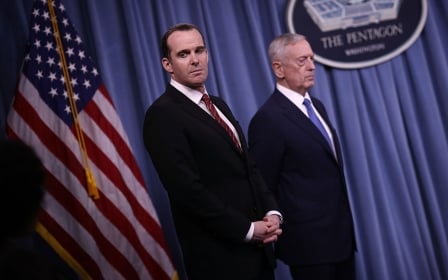