Bashir is being held in prison in Khartoum North, across the Blue Nile from the capital's centre (AFP - File pic)
By
MEE and agencies

Sudan's former president Omar al-Bashir was charged with corruption-related offences on Sunday, as he appeared in public for the first time since he was overthrown in April.

Wearing traditional white robes and turban, he was driven in a Toyota Land Cruiser to the prosecutor's office in Khartoum, Reuters witnesses said.

Looking much the same as prior to his ousting, he walked briskly from the vehicle into the building, smiling and speaking with the guards escorting him.

Minutes later he walked out scowling after prosecutors read out the charges he faces, Reuters said.

"The prosecution... accused him of... possession of foreign currency, accepting gifts in an unofficial manner," prosecutor Alaa al-Din Abdallah said.

He said Bashir was given a chance to respond to the charges. His lawyers declined to answer reporters' questions.

The military overthrew and detained Bashir on 11 April after 16 weeks of street protests against his 30-year rule.

He was being held in prison in Khartoum North, across the Blue Nile from the capital's centre.

Perpetrators to be sent to 'the gallows'

Earlier on Sunday, the deputy leader of the Transitional Military Council (TMC) vowed to send to the "gallows" those who carried out a deadly crackdown on protesters at a sit-in earlier this month that left more than 100 people killed and hundreds wounded.

Demonstrators had held the sit-in as protest leaders held several rounds of talks with the generals on installing civilian rule.

But talks broke down in May over who would lead a new overall governing body - a civilian or soldier.

On 3 June, armed men in military fatigues launched the crackdown on demonstrators camped outside the defence ministry.

In a speech on Sunday, Mohamed Hamdan Dagalo, also known as Hemeti, vowed revenge for protestors killed and injured in the attack.

"We are working hard to take those who did this to the gallows," Hemeti, who controls the Rapid Support Forces (RSF) accused of leading the attack, said in a speech broadcast live on television.

Hemeti defended his forces at a rally on Saturday in a village on the outskirts of Khartoum.

"Our image as Rapid Support Forces has been distorted," he said.

'Without any orders from their superiors'

But the council insists it did not order the dispersal, saying it had actually planned to purge an area near the protest camp where people are said to sell drugs, the AFP news agency reported.

"The planning of the operation of [the] Colombia [area] was done by military and security authorities," the council said in a statement late Saturday. 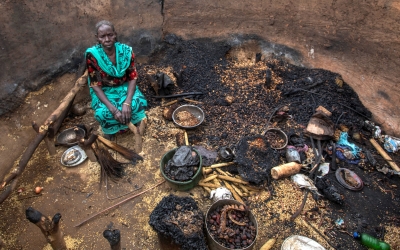 "We assure you that the council is keen to investigate minute by minute facts through its investigation committee."

Brigadier Abderrahim Badreddine, spokesman for the investigative committee, said initial findings showed "officers and soldiers of different ranks from regular forces entered the sit-in without any orders from their superiors".

"They were not part of the troops who were ordered to clean Colombia," he told state television.

The crackdown has triggered international condemnation, with the United States and others calling for an independent probe into the killings.

On Wednesday,  Kabbashi said: "We renew our regret for what happened. There were missteps in the plans of the military leadership and there were violations."

He also expressed sympathy for demonstrators who were killed, calling them "martyrs of the revolution".

However, Kabbashi blamed opposition activists for the political impasse in the country, saying that the military council had met 95 percent of their demands, but they continued their "escalatory" moves.