IS leader Abu Abdullah al-Iraqi, killed near the Syria-Lebanon border, was reportedly in charge of preparing suicide attacks Hezbollah have killed a leading figure in the Islamic State near the Lebanese border, according to the Syrian Observatory for Human Rights.

The Shia militant group killed Abu Abdullah al-Iraqi in the Qalamoun region in Syria. Al-Iraqi was an Islamic State official in charge of preparing suicide attacks, according to the Observatory.

"He was killed by a roadside bomb planted by Hezbollah that detonated as his vehicle passed by," the Observatory said.

Hezbollah's Al-Manar television station meanwhile reported Iraqi's death, but said he had been killed by the Syrian army.

"The Islamic State official Abu Abdullah al-Iraqi has been killed in a Syrian army operation in Qalamoun," al-Manar said.

"He was in charge of preparing suicide bombers and the cars used in bomb attacks including those carried out in Lebanon," the station said.

Hezbollah has been fighting with the Syrian government since 2012 against what it refers to as “Takfiri” forces fighting within the country, who it claims would turn their guns on the Shia in Lebanon after Syria.

Hezbollah has viewed the rise of the Islamic State, a Sunni militant group, as an existential threat to Shia group.

An Israeli newspaper on Monday quoted one Islamic State fighter threatening the group with extermination.

“From Syria, we’ll expand the caliphate, Allah willing, and Hezbollah and the Jews will meet their fate, and soon,” vowed an American-born 26-year-old Islamic State (IS) fighter in Aleppo Israel’s Globes reported on Monday.

The nature of the conflict has led to increasingly young volunteers fighting with the militant group. While18 was originally the minimum age requirement for combat in Hezbollah, the group is now reportedly sending 16 year olds into conflict.

On Saturday, Hezbollah’s secretary-general Hassan Nasrallah told the Lebanese newspaper Al-Akhbar that the conflict with IS was a fight to the death.

“Here we live, and - if the battle is imposed on us - here we fight and here we will be martyred,” he said.

“This danger does not recognise Shiites, Sunnis, Muslims, Christians or Druze or Yazidis or Arabs or Kurds. This monster is growing and getting bigger.” 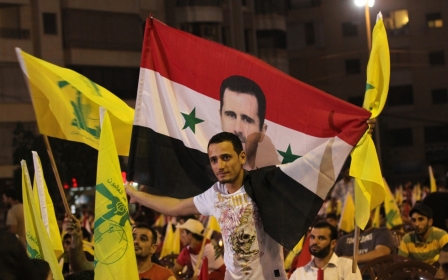