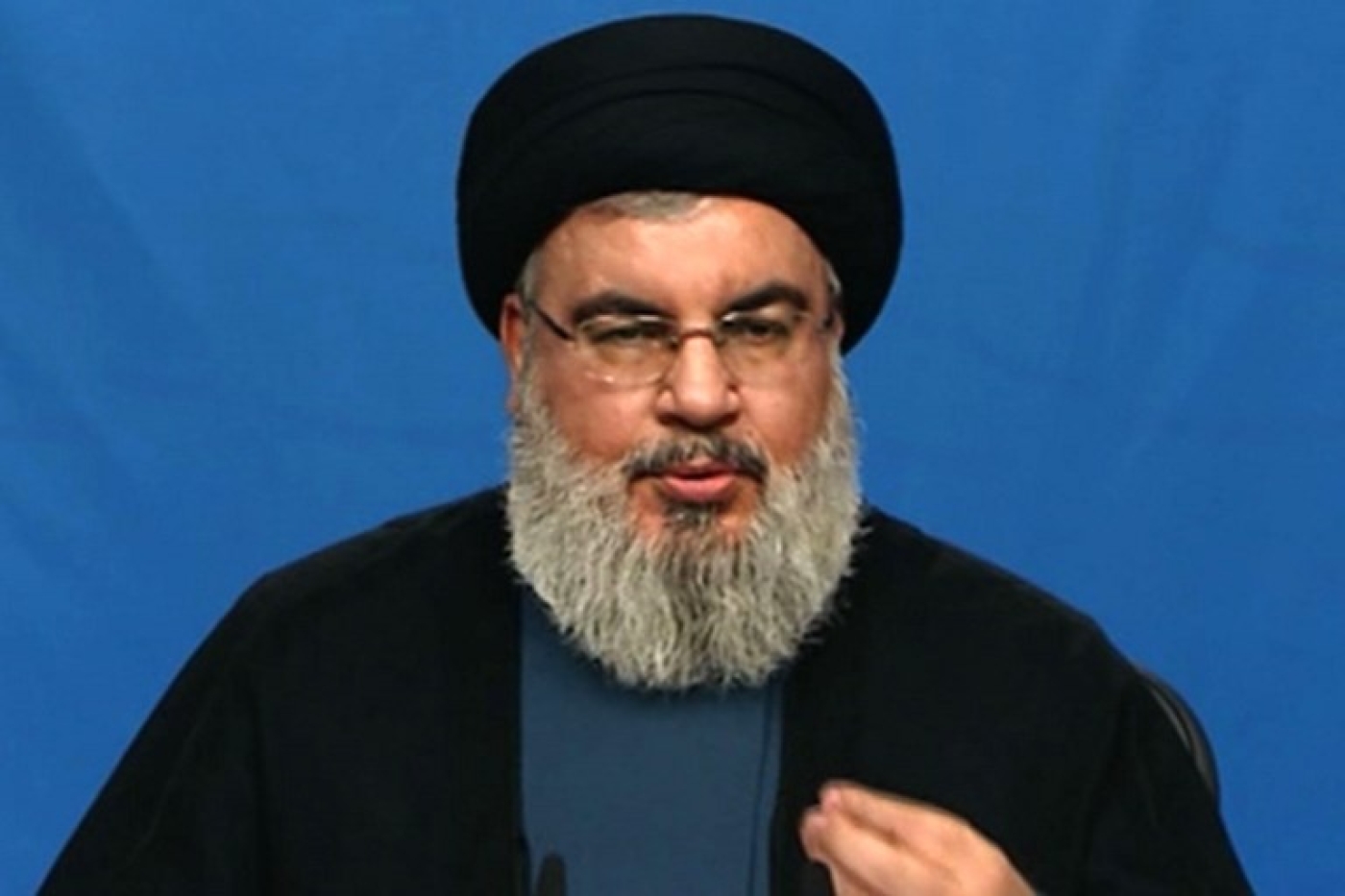 Hezbollah leader Hassan Nasrallah said in a televised speech on Friday that Saudi Arabia had declared war on Lebanon, claiming that the kingdom had incited Israel to strike Lebanon.

“Saudi Arabia is inciting Israel to launch a war against Lebanon," said Nasrallah.

"I speak here about facts not analysis. Saudi Arabia is ready to pay tens of billions of dollars to Israel for that,” he added.

Nasrallah also drew parallels between the current situation and 2006 when Hezbollah fought a devastating war with Israeli forces in southern Lebanon.

"We know now through Israeli media that the 2006 war on Lebanon was prolonged by Saudi when Israel wanted it to end."

Nasrallah went on to say that Lebanese Prime Minister Saad Hariri, who announced his surprise resignation on Saturday while in Riyadh, is being detained in Saudi Arabia and is barred from returning to his country.

He called Hariri's resignation an "unprecedented Saudi intervention" in Lebanese politics, while adding that it was "illegal and unconstitutional because it was submitted under coercion".

Reaffirming earlier reports that Hariri had been placed under house arrest in Riyadh, Nasrallah said that the humiliation of Hariri was considered a humiliation to every Lebanese person.

"Lebanon has witnessed foreign interventions before, but it never reached the level of forcing the prime minister to resign," he continued.

"We may have disputes with the Future Movement, but we condemn Saudi Arabia's humiliation of Prime Minister Hariri."

Nasrallah said that Saudi Arabia had been trying to "oust Hariri from his position as the leader of the Future Movement and to impose a new leadership without consulting the figures of the movement".

A report in pro-Hezbollah newspaper Al-Akhbar had claimed on Thursday that Riyadh is pressuring the Future Movement to replace Hariri with his brother, Bahaa Hariri.

Nasrallah added that there had been a Saudi attempt to impose a new prime minister for Lebanon.

"Saudi Arabia is trying to incite the Lebanese against one another. They want us to humiliate and fight each other," he said.

Hariri, who was born in Saudi Arabia and holds Saudi citizenship, has not said when he will return to Lebanon, where President Michel Aoun has yet to formally accept his resignation.

In a statement issued on Friday after a meeting with the Saudi envoy to Lebanon, Aoun insisted Hariri should return to Lebanon.

"President Aoun met Saudi charge d'affaires Walid Bukhari and informed him that the circumstances in which Mr. Hariri's resignation took place were unacceptable," the statement said.

The president "called for the return to Lebanon of the head of the government".

Aoun, who is allied with Hezbollah and is a fierce critic of Saudi Arabia, also "voiced his concern over what is being said" about Hariri's current status in Saudi Arabia and demanded a "clarification".

French President Emmanuel Macron, whose country has close ties with both Lebanon and Saudi Arabia, visited Riyadh on Wednesday.

Macron's foreign minister said on French radio on Friday he thought Hariri's freedom of movement was not impeded, despite most of the Lebanese political class implying he was de facto under house arrest.

Commenting on Saudi Arabia's call on its citizens in Lebanon to return home, Nasrallah said: "This is a war on Lebanon not on Hezbollah."

Nasrallah warned the Lebanese people from allowing the state to collapse as in other Arab countries such as Libya and Syria.

“Look around you and learn the lessons. Saudi Arabia is asking you to sabotage the state and its institutions."

Nasrallah said that Lebanon had been in a state of "security and stability" over the past year since Hariri formed a national unity government in November 2016.

It had been "a new era for Lebanon" after two years of deadlock between political parties in Lebanon, said Nasrallah as he recounted what had been achieved during that time.

Nasrallah credited Lebanon's recent stability which allowed "nine million people to visit Lebanon since the beginning of 2017" to the willingness of Lebanese political factions to collaborate and compromise.

Hezbollah is the only organisation that did not disarm after the 1975-1990 civil war and now has an arsenal that outstrips Lebanon's own armed forces.

Comparing the current strength of Hezbollah, which has been fighting for years alongside pro-government forces in Syria, with 2006, Nasrallah said: "We are stronger today, we warn them again misguided calculations, against any knee-jerk initiative."

Earlier this year, Hezbollah officials told Middle East Eye that the movement's battlefield experience in Syria had enabled it to become a major military force and a "regional power" in the Middle East.

"Everyone is dealing with Hezbollah as a regional power," a Hezbollah political official who wished to remain anonymous told MEE.

"That was not our aim when we intervened in Syria. All we wanted is to defend the resistance and defend a state that has stood by and supported the resistance since its inception in 1982 until now."