Heavy clashes and raids continued after midnight deadline, but residents report that fighting has largely stopped in port city First time skies have been quiet over Hodeidah for many, many months. So far, so good

The truce agreed at the UN-sponsored peace talks in Sweden came into effect at midnight on Monday, but sources said heavy clashes and air raids continued after the deadline.

"There has been complete calm since 03:00 am Yemen time (1200 GMT) in the city of Hodeidah," a military source loyal to the government told AFP on Tuesday.

Mohammed Abdul Rahim, a resident of Hodeidah's al-Rabasah area, said he heard some shelling and missiles on Tuesday evening, but the fighting was far less than usual.

“We heard shelling near to Thabet’s Brothers factories and in al-Sha’ab area and other areas but there were no fighting like usual,” Abdul Rahim told Middle East Eye.

“There were no clashes and the air strikes did not target any place in the city," he said.

He said that residents can feel that things have calmed down as a result of the ceasefire, but there hasn't been a complete stop in hostilities.

"There is no 100 percent ceasefire; violations are there," Abdul Rahim said.

Earlier in the day, residents said daily fighting is usually fierce in the evening and at night, before coming to a standstill at dawn.

The two warring sides have welcomed the truce in the strategic Red Sea province, with both the internationally recognised government and the Houthis saying they would comply with the ceasefire.

This ceasefire is the second attempt to halt fighting in Hodeidah in a week. Last Thursday, warring sides agreed to an immediate ceasefire in the port city, but fighting broke out soon afterwards.

A UN official, who requested anonymity, told AFP that the delay of the ceasefire was necessary for "operational reasons".

"The forces have yet to disengage and when they are close up to each other of course they are liable to respond to any what they see as provocation or alert," Griffiths said.

"So we can expect some of this happening, but the pattern at the moment is a positive one."

He added: "First time skies have been quiet over Hodeidah for many, many months. So far, so good. Fingers crossed."

That was echoed by Abdul Rahim, who said he hoped the ceasefire would allow Hodeidah residents to go to work and move throughout the city in safety.

“If the ceasefire succeeds that means we can resume our regular lives," he said. “I hope this ceasefire will be the first step towards a complete end of the war."

The truce is supposed to be followed by the withdrawal of fighters from Hodeidah, whose port is the entry point for the vast majority of imports to Yemen.

A prisoner swap involving some 15,000 detainees is planned and a "mutual understanding" was reached to facilitate aid deliveries to Yemen's third city Taiz, which is under the control of loyalists but has been besieged by the Houthis since April 2015.

The two sides also agreed to meet again in late January for more talks to define the framework for negotiations on a comprehensive peace settlement.

On Tuesday, the warring sides traded accusations that the other had violated the truce in Hodeidah, however.

“The mercenaries [pro-Hadi forces] attacked some residential neighbourhoods in Hodeidah with more than 38 artillery shells and 14 missiles," said Sarie, as reported by Saba.

Meanwhile, the spokesman of al-Amaliqa brigades, a pro-Hadi unit fighting in Hodeidah, accused the Houthis of violating the ceasefire by firing artillery at pro-Hadi forces south of the city.

In a press release, Mamoon al-Mahjami said “the Houthis attacked positions of al-Amaliqa forces with artillery and machine guns near to Thabet’s Brothers factories, south of Hodeidah”.

Soon after the talks ended last Thursday, many Yemenis told Middle East Eye they were doubtful that the deal would be successfully implemented on the ground.

The talks in Sweden were the fourth to be held since the Saudi-led coalition began bombing Yemen in 2015.

Magdi al-Qubati, who works as an accountant in Sanaa, told MEE: "I am not stupid enough to believe the lie of peace talks. Yemenis have been negotiating since 2011, but no single agreement was implemented.”

But on Monday, residents in Hodeidah city told AFP that they were hopeful the ceasefire would lead to lasting peace.

"We are hopeful that things will go back to the way they were and that there would be no aggression, no air strikes and lasting security," Amani Mohammed said.

Another Hodeidah resident, Mohammed al-Saikel, said he was optimistic the ceasefire would pave the way for a broader truce.

"We are hopeful about this ceasefire in Hodeidah and one for Yemen in general," he said.

"We will reach out in peace to whoever does the same."

Yemen has been mired in fighting between the Houthis and troops loyal to President Abd Rabbuh Mansour Hadi since 2014.

The war escalated in 2015 when a Saudi-led military coalition stepped in on the government's side.

Since then, more than 60,000 Yemenis have been killed in the fighting, and up to 85,000 children under five may have died from starvation or disease, according to Save the Children. 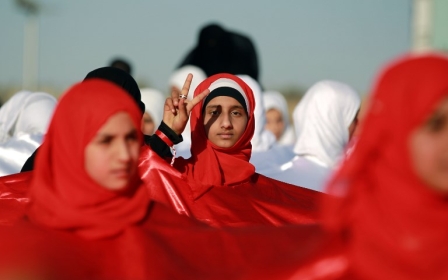