The Holocaust survivor who's had enough of memorials in Israel 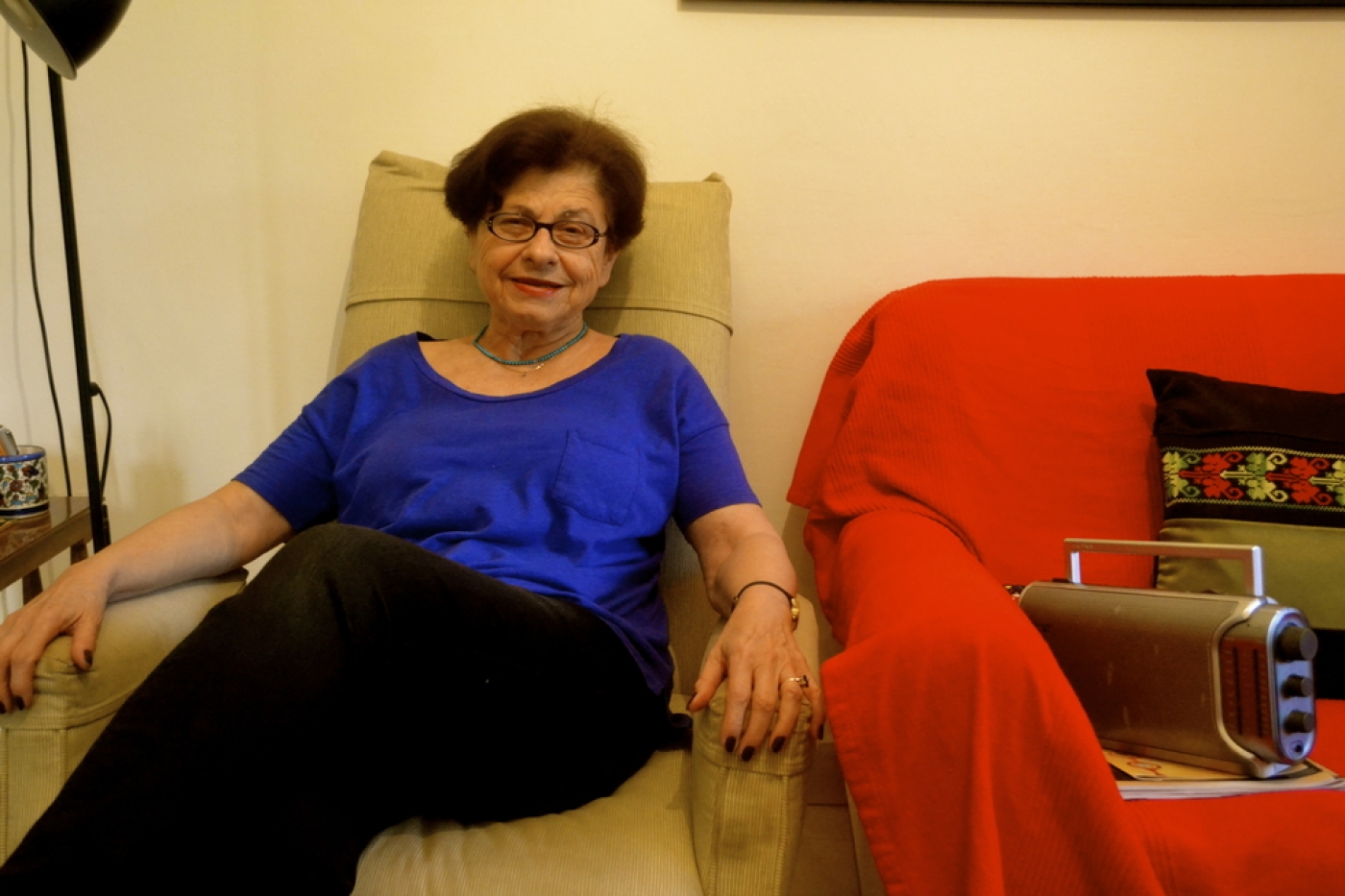 JERUSALEM - Israelis should not use the Holocaust for political gain and must instead learn a moral lesson about not victimising Palestinians, a leading Holocaust survivor told Middle East Eye.

Mira Knei-Paz, 71, said the Holocaust has become politicised in Israel and called on Israelis to learn from the mass murder of six million Jews by Nazi Germany during World War II.

“I’m very much against using the Holocaust to gain compassion,” she told MEE in her apartment, just a stone’s throw from Prime Minister Benjamin Netanyahu’s home in the upscale Jerusalem district of Rehavia.

On Thursday at 10am, sirens sounded across Israel to signal a two-minute silence that brought the country to a standstill to mark Holocaust Memorial Day.

Paz said Israelis do not think deeply about the commemoration, that instead it has been politicised to legitimise the country acting “cruelly” towards Palestinians.

“People commemorate the Holocaust, but they don’t think why they are doing it. It was a big trauma, but it’s over,” she said, adding that she has “had enough of Holocaust Memorial Day”.

“Now we, fortunately, have a state, we can defend ourselves and so we should look at the Israeli-Palestinian problem from a completely different angle.

“We were persecuted, now we are conquerors.

“The moral lesson from the Holocaust is that we as victims should not victimise others. We should do everything in our power to have some kind of arrangement with our neighbours.”

Paz was born on 14 June 1944, just as the Nazis had begun to carry out the mass exterminations of Jews in her home country, which was then Yugoslavia and is now part of Hungary.

The swift organisation of the Nazis saw 88 percent of Hungarian Jewry exterminated in just four months.

Her father, David, was one of the first people to be killed at the Nazi concentration camp of Auschwitz, in German occupied Poland, where an estimated 1.1 million Jews were murdered.

Paz was born while her mother was working on a farm in Austria, after having escaped from a train that was carrying her towards a fate probably the same as her husband's.

Secretly given birth in a pig shed, Paz was kept in a hospital for the first 11 months of her life, separate from her mother, because she suffered from a range of serious illnesses including lung disease. A self-described "miracle baby," Paz pulled through, was reunited with her mother and even now holds onto one of a handful of Nazi birth certificates given to Jews.

After the war, Paz moved with her mother to Israel when it was established in 1948, after the mass expulsion or killing of hundreds of thousands of Palestinians, who refer to this as their Nakba, or catastrophe.

Since then Paz has lived in Jerusalem and has had a long career in the media, as a producer for Israel’s Channel 1, as well as building a reputation as a speaker on the Holocaust, particularly to schoolchildren across the country.

From her modest flat, with birds heard singing outside on a tree-lined avenue, Paz said that the Holocaust survivors' community in Israel is a small but close one.

This closeness was borne out of families coming to Israel and most having lost at least one parent, she said. But she added that this community, which “built this country,” has become disillusioned with the government and its direction.

“The cruelty with which we have acted towards the Palestinians in the West Bank and Gaza is very painful for me,” she said. “And this racism has been imported to Israel, where Israeli Arabs and Ethiopian Jews are subjected to tremendous prejudice.

“It shouldn’t be this way.”

Paz said that she supports Zionism, but that the ideology is about having a home for the Jews, not “abusing” Palestinians.

As a survivor of the Holocaust, it might be expected that Paz’s voice would be respected, but she said the survivors are not only ignored, but also face avoidable hardships themselves.

“Israel got a lot of money to be given to the survivors as compensation. But many survivors don’t know about their rights and many of them are living in poverty.

“It’s not just that we are ignored – many of the survivors can barely raise their voice because they are living in terrible poverty.”

Paz is the editor of the book, “Only Childhood Does Not Age: We Were Children In The Holocaust,” which charts the experiences of eight Jews, including her, during World War II.

She said she is passionate about preserving these memories because when the survivors die out it will form an important part of history, but she is insistent that they must be used to awaken Israelis to the reality of the occupation of the Palestinian Territories.

“At the moment, Israeli society is sheltered from how we treat the Palestinians,” she said. “Most people are completely unaware about what is going on just next door.

“Saying there is apartheid here is not extreme – this is for sure. Since 1948, we have handled Palestinians differently, with different laws, and this is the definition of apartheid.”

Paz did not offer a solution to the conflict, but said the basic right of every human being is to be treated “equally”.

“There are Palestinian areas under Israeli control where there are few schools, rubbish is not collected, and they are left destitute – and that’s on top of the Israeli violence in the West Bank and Gaza.”

Paz said on several occasions that she feels “despair” when she thinks about the future. She referred to Prime Minister Benjamin Netanyahu as “racist” for his controversial call for Israelis to vote in the 2015 general election because “Arabs” were voting “in droves”.

In Israel, May is a month of nationalism, beginning with Holocaust Memorial Day and continuing with Independence Day on 11 May.

Outside Paz’s home, cars whizzed by with Israeli flags stuck to the windows. Authorities have adorned nearly every lamppost in the city, including in the Palestinian areas, with the blue-and-white flag of the Jewish state.

Paz said she does not see this May as being a time to celebrate Israeli nationalism, and instead called on people who “think like her” to do more to challenge a government she described as “almost fascist”.

“People like me are not doing enough. I don’t know what we can do, but it clearly isn’t enough,” she said.

Paz ended the interview by saying it is not a question of left- or right-wing political beliefs when it comes to changing Israel, it is simply a question of being human.