UN figures show that demolitions in the Jordan Valley more than doubled in 2013, with Palestinians caught between Israeli army firing ranges and bulldozers 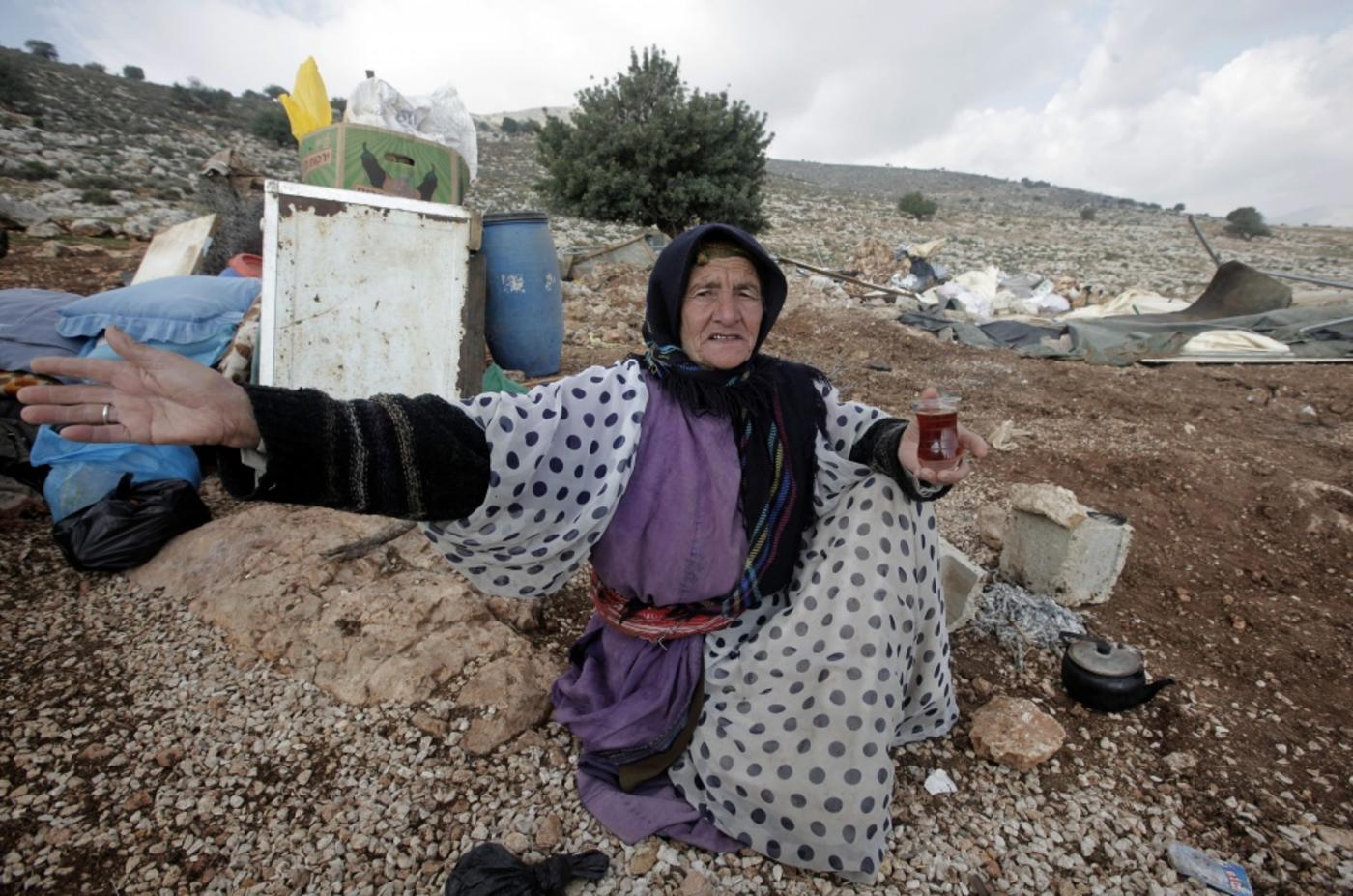 KHIRBET AIN KARZALIYA, West Bank - Two weeks after their fragile tin shacks were destroyed by Israeli bulldozers, Atiya Bani Minna and his family are still sleeping under the stars, struggling to resume some semblance of normal life.

For this 50-year-old Bedouin shepherd, it is the third time that he and his extended family have had their homes levelled as the Israeli army steps up the pace of demolitions in the Jordan Valley.

Sleeping in the open, says Minna, has become "normal".

"We have become used to it, it's not a problem to sleep in the open."

It is an increasingly common story in this sparsely populated strip of West Bank land which borders Jordan and whose fate has become a major point of dispute between Israeli and Palestinian negotiators in the US-led peace talks.

Like many other Bedouin communities in the Jordan Valley, Khirbet Ain Karzaliya has no electricity and is not connected to the water network, with the families relying on a small nearby spring for their flocks.

And it is located inside what Israel calls a "firing zone" - an area that is off-limits to everyone except the army.

"What does Israel want from us?" asked Bani Minna, a long beard covering much of his weather-beaten face.

"We're not harming anyone, so why would they want to evict us? This area is uninhabited by anyone else, but they come with tanks and bulldozers and troops to evacuate us from our homes."

The Jordan Valley accounts for nearly a third of the land in the occupied West Bank, although 90 percent of it is designated as "Area C" meaning it is under full Israeli control and Palestinian use of the land is severely restricted.

Aside from the land taken up by 39 Israeli settlements and nine illegal outposts, huge swathes of territory have been declared military firing zones and therefore off-limits to Palestinian herders - including the land on which Khirbet Ain Karzaliya stands.

The Bedouin say they have lived here for decades, and Palestinian officials accuse Israel of using the demolitions as a way of displacing them ahead of an attempt to annex the area.

But Israel defends its demolition policy, saying most of the corrugated-tin structures were located within a no-go zone or built without permission - although rights groups point out that securing Israeli construction permits is "virtually impossible".

UN figures show that demolitions in the Jordan Valley more than doubled in 2013, with 390 structures razed compared with 172 a year earlier.

In the same period, the number of people left homeless rose from 279 to 590. And this year looks set to be even worse, with some 160 people made homeless in January alone.

The rising number of demolitions has fuelled Palestinian fears that Israel may be looking to ensure a permanent footing in the Jordan Valley, which Prime Minister Benjamin Netanyahu has repeatedly said is vital to the Jewish state's future security.

Israel has insisted on maintaining troops in the area in any final peace agreement, in a stance completely rejected by the Palestinians who say it would be a violation of their sovereignty and merely perpetuate the occupation.

The question of the Jordan Valley's future is one of the trickiest elements of the peace process.

"Israel refuses to plan houses for the Palestinians or connect them to water... people are living in very harsh conditions because of this policy," she told AFP.

"On the other hand, Israel gives very generous conditions to Israelis who live there and the discrimination is very blatant."

The difference between living conditions in Khirbet Ain Karzaliya and Jewish settlements in the same area is stark, with annual revenue from agriculture there reaching 600m shekels ($172m, 125m euros), according to remarks by regional council head David Elhayani to Haaretz newspaper.

When the settlement was established in 1982, Rosenblum moved there from the northern port city of Haifa and has stayed on since. Today he employs 20 Palestinian workers.

"I moved here with state backing, but living here is also my right," Rosenblum told AFP.

"There are three synagogues in Jericho which are more than 2,000 years old - three, not just one. That says I have roots here."

The greenhouse employs the Palestinian workers and Rosenblum is quick to admit that they have rights.

"The Palestinians have rights, and I totally agree with that, but I also have rights and they come first," he said.

For him, there is no question that the land which he has cultivated for the past three decades will ever be anything but part of Israel.

"I absolutely do not believe that the Jordan Valley will be part of the Palestinian state," he said.

Just up the road, the Bedouin take exactly the same stance.

"We won't leave this land, however much they try to kick us out - we'll stay here as a thorn in their side," said Bani Minna.

"As Palestinians, this is our homeland and we have no other nation. We will prove that we are steadfast."