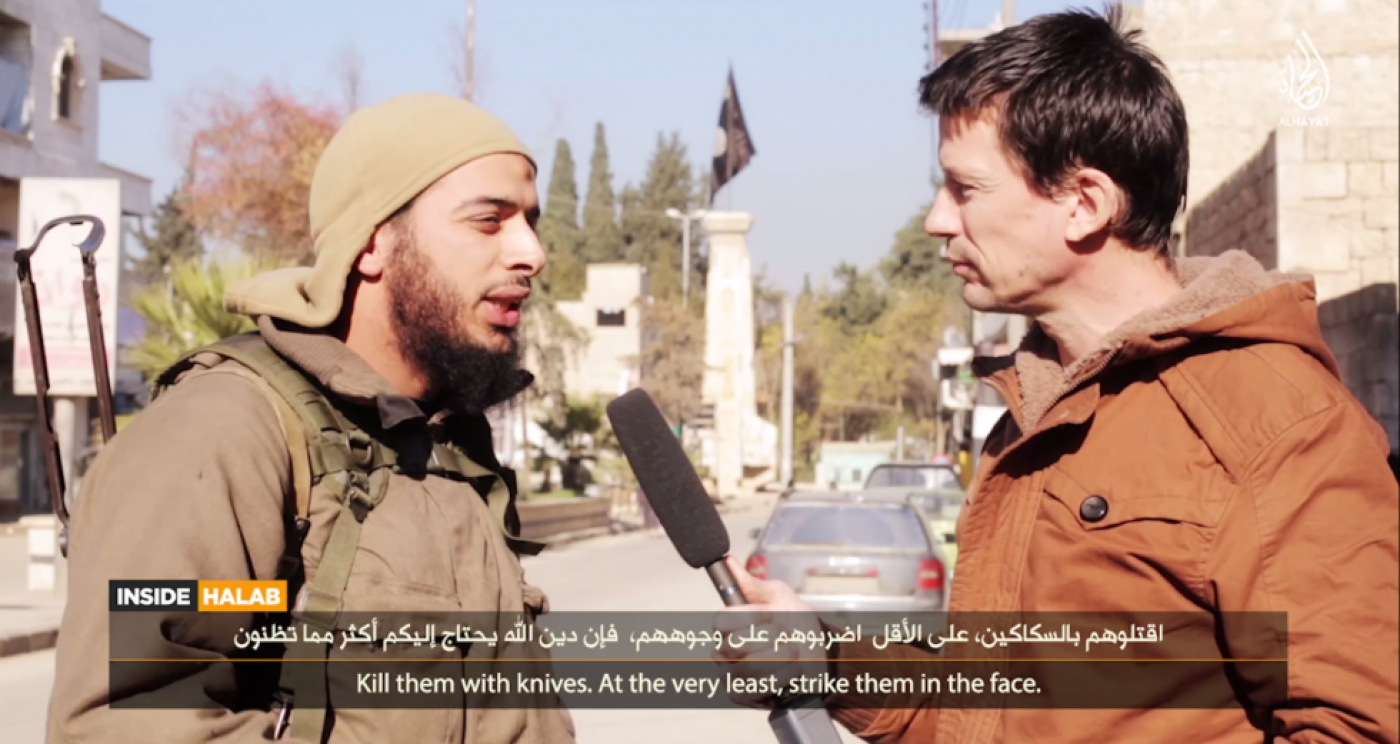 The Islamic State (IS) group on Monday circulated a video featuring John Cantlie, their British journalist hostage, touring the Syrian city of Aleppo and interviewing IS fighters.

Cantlie said the video is the “last in the series”, without explaining the implications for his personal situation. He was captured by IS in Syria on 22 November 2012 and has appeared in a number of videos used by the group to promote their strength and criticise the West.

In Monday’s 12-minute documentary-style video, Cantlie visited an Aleppo market he said was the scene of a bombing attack that had involved collusion between Syrian President Bashar al-Assad’s troops with the US-led anti-IS coalition.

“All this (the attack) follows a drone, which we saw five minutes ago, and then Assad’s air force comes in and drops bombs on the market,” he said. “As far as I know the Syrian air force does not have drones – it must have been an American drone. It was definitely Assad’s bomb dropping here on the market.”

“Someone is working with someone around here to drop bombs. The people are absolutely terrified from bombs being dropped by Assad’s aircraft but with American drones flying overhead.”

Despite overtures from Assad to join the US-led coalition against IS, he has been repeatedly rejected by the Americans who remain publicly opposed to the Syrian president’s continued rule.

Cantlie moved on from the Aleppo market to show shots of IS fighters fishing in the Euphrates river and laughing over a cup of tea in a café.

He interviewed an IS fighter who spoke with a distinct Saudi accent. Saudi Arabia is reported to have the highest number of citizens fighting with IS, estimated to number 7,000 according to a report by US security affairs website the Daily Paul.

The IS fighter reflected on losses sustained by the group in light of the coalition strikes, in which Saudi Arabia has played a key role.

“Let the disbelieving West know that the death of the leaders of jihad only emboldens and motivates us,” said the unidentified fighter.

It is not known when the video was shot, however, it appears to have been made this year as Cantlie refers to a seasonal message about Christian values delivered by British Prime Minister David Cameron.

The video also ends with Cantlie speaking about the recent Charlie Hebdo attacks in Paris to a man he says is a French IS fighter living in Syria.

“These three attacks only made us happy,” the fighter said. “And every time we hear about one or more brothers defending their religion in the West we only feel delighted.”

The unnamed man then urged IS supporters living in the West to carry out more attacks.

“Kill them with knives,” he said, without detailing who should be murdered. “At the very least strike them in the face.”

“To all my brothers in France, I say to them: start carrying out individual attacks. And I say to all the nations of the West that have resolved to attack us, we have also come to strike you, and we are already there to attack you.”

In the video, the British war photographer is also shown profiling a street vendor who is distributing IS news, which he explains is used to counter “distorted” reports from the West and to give those living under IS control an “idea about what the group is really doing”.

European governments remain on high alert for further IS-inspired attacks and have been warned by top law enforcement officials the continent faces the “most serious terrorist threat since 9/11”. In January, Rob Wainwright, the director of Europol - Europe's law enforcement agency - warned up to 5,000 Europeans pose a potential threat after having travelled to Syria.

Twitter users responded with concern for Cantlie's safety and reiterated that despite his video appearances, the Briton remains a hostage living under duress.

.3/ #JohnCantlie is and remains a hostage! Let us not forget that no matter how hard #Isis tries to pretend and tell us that he is not.

It is really unclear what #IS benefit or what it can achieve from using Cantle. He is and will remain a hostage trying to survive. #UK.

John Cantlie sounds more nervous this time and, as @ShirazMaher noted, he said "this is the last in *this* series". 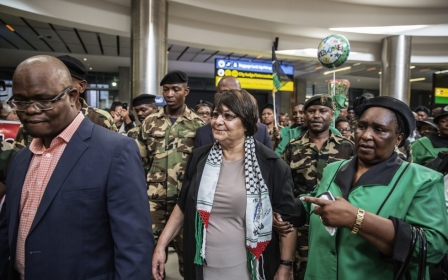