'The hour has struck': Iraq forces pound IS as Mosul battle begins

Iraq promises to free city from 'terror and oppression', amid warnings of humanitarian disaster that could result from weeks of fighting 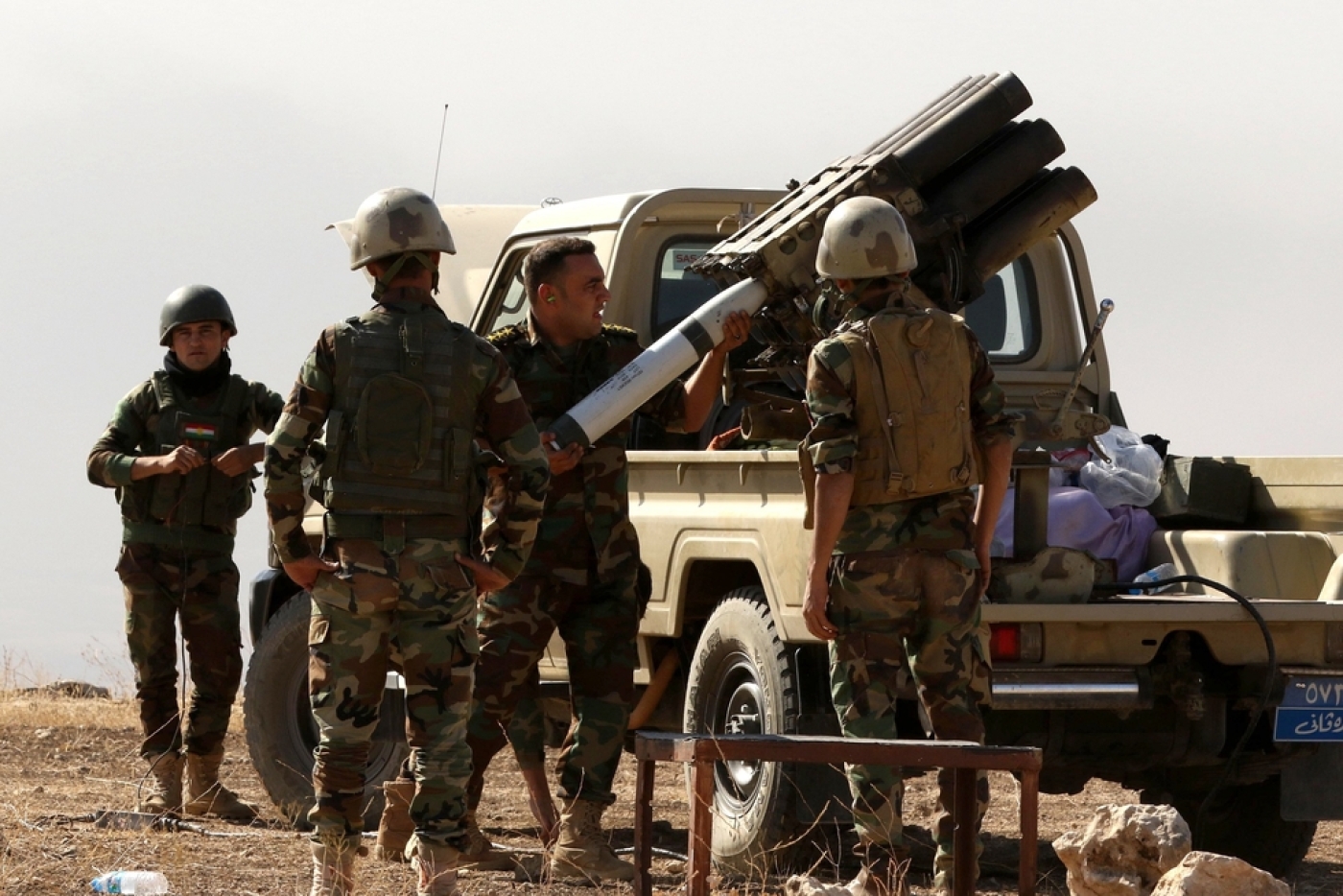 Iraqi ground forces, with air and ground support from the US-led coalition, launched an offensive on Monday to drive Islamic State from the northern city of Mosul, the militants' last major stronghold in the country.

The United States predicted the Islamic State group would suffer "a lasting defeat" as Iraqi forces mounted their biggest operation since the US withdrew its own troops in 2011.

LIVE UPDATES: Follow the progress of battle for Mosul

Some 30,000 Iraqi soldiers, Kurdish Peshmerga militia and Sunni tribal fighters were expected to take part in the offensive to drive an estimated 4,000 to 8,000 IS militants from Mosul, a city of 1.5 million people.

The hour has struck. The campaign to liberate Mosul has begun. Beloved people of Mosul, the Iraqi nation will celebrate victory as one

"I announce today the start of the heroic operations to free you from the terror and the oppression of Daesh," Prime Minister Haider al-Abadi said in a speech on state TV, using an Arabic term for Islamic State.

"We will meet soon on the ground of Mosul to celebrate liberation and your salvation," he said, surrounded by the armed forces' top commanders.

Residents contacted by phone dismissed reports on Arabic television channels of an exodus by IS fighters, who have a history of using human shields and have threatened to unleash chemical weapons.

"Daesh are using motorcycles for their patrols to evade air detection, with pillion passengers using binoculars to check out buildings and streets," said Abu Maher.

He and others contacted were preparing makeshift defences and had been stockpiling food in anticipation of the assault, which officials say could take weeks or even months.

Qatar-based al-Jazeera television aired video of what it said was a bombardment of Mosul that started after Abadi's speech, showing rockets and bursts of tracer bullets across the night sky and loud sounds of gunfire.

"This operation to regain control of Iraq's second-largest city will likely continue for weeks, possibly longer," said the commander of the coalition, US Lieutenant General Stephen Townsend, in a statement.

The Mosul offensive is one of the biggest military operations in Iraq since the 2003 US-led invasion that toppled Saddam Hussein.

"This is a decisive moment in the campaign to deliver ISIL a lasting defeat," US Defence Secretary Ash Carter said in a statement.

"We are confident our Iraqi partners will prevail against our common enemy and free Mosul and the rest of Iraq from ISIL's hatred and brutality."

If Mosul falls, Raqqa in Syria will be Islamic State's last city stronghold.

Islamic State has been retreating since the end of last year in Iraq, where it is battling US-backed government and Kurdish forces as well as Iranian-backed Iraqi Shia militias.

The Iraqi Kurdish military command said 4,000 Peshmerga were taking part in an operation to clear several villages held by Islamic State to the east of Mosul, in an attack coordinated with a push by Iraqi army units from the southern front.

In its first statement on the Mosul operations, the Iraqi army media office said the advancing troops destroyed a number of Islamic State defence lines.

Strikes carried out by the Iraqi and coalition jets hit an unspecified number of the militants positions, it said.

A column of black smoke was rising from one of the insurgents' positions on the eastern front, the Reuters correspondent said, and seemed to be from burning oil being used to block the path of the Kurds and obstruct the jets' view.

"We are the real Muslims, Daesh are not Muslims, no religion does what they did," said a young Kurdish fighter in battle dress as he scanned the plain east of Mosul from his position on the heights of Mount Zertik.

As he spoke a Humvee drove by with the word Rojava, or Syria's Kurdistan, painted on the protection plate of the machine gun turret.

"This is all Kurdistan," Major Shiban Saleh, one of the fighters onboard, said. "When we're done here, we will chase them to Raqqa or wherever they go," he said.

He said about 450 Syrian Peshmerga fighters were involved in the offensive east of Mosul, which aims to take back nine villages during the day.

Early on Monday, Abadi sought to allay fears that the operation would provoke sectarian bloodletting, saying that only the Iraqi army and police would be allowed to enter the mainly Sunni city. He asked Mosul's residents to cooperate with them.

The Iraqi army dropped tens of thousands of leaflets over Mosul before dawn on Sunday, warning residents that the offensive was imminent.

An anticipated military offensive in Mosul could force 1 million Iraqis to flee. pic.twitter.com/wRHa8qntDk

The leaflets carried several messages, one of them assuring the population that advancing army units and air strikes "will not target civilians" and another telling them to avoid known locations of Islamic State militants.

Reflecting authorities' concerns over a mass exodus that would complicate the offensive and worsen the humanitarian situation, the leaflets told residents "to stay at home and not to believe rumors spread by Daesh" that could cause panic.

Russian President Vladimir Putin said on Sunday he hoped the United States and its allies would do their best to avoid civilian casualties in an attack on Mosul.

The United Nations last week said it was bracing for the world's biggest and most complex humanitarian effort in the battle for the city, which could make up to 1 million people homeless and see civilians used as human shields or even gassed.

There are already more than three million people displaced in Iraq as a result of conflicts involving Islamic State. Medicine is in short supply in Mosul, and food prices have risen sharply.

Meanwhile, IS claimed to have launched a suicide attack on an Iraqi army checkpoint south of Baghdad that killed at least 10 people.

A medic at the nearby Mahmudiyah hospital said at least four soldiers were among those killed in the blast.

The group claimed the attack on the checkpoint between Yusufiya and the Baghdad district of Dora in a statement posted on social media and named the bomber as Abu Ishaq al-Iraqi.

Observers had warned that IS might seek to attack civilians in Baghdad and elsewhere as Iraqi forces launch their bid to wrest back the militants' last major stronghold in the country.

An attack on a funeral tent in Baghdad on Saturday killed at least 36 people. Another two people were killed in a blast in the capital on Sunday. 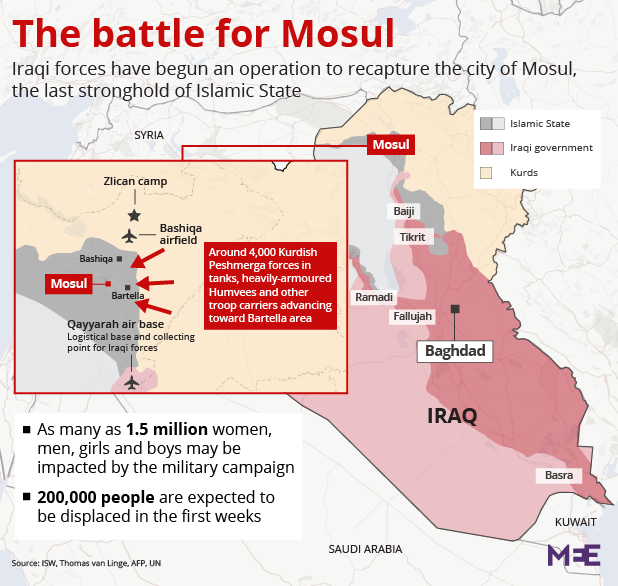 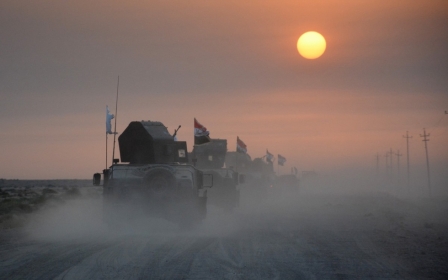 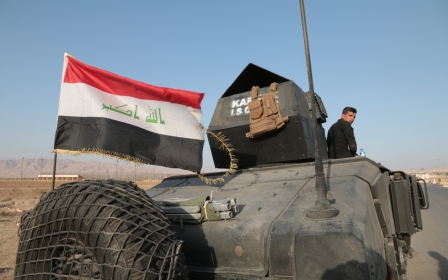 Iraq at War
In run-up to fight for Mosul, groups jostle for position in post-IS Iraq 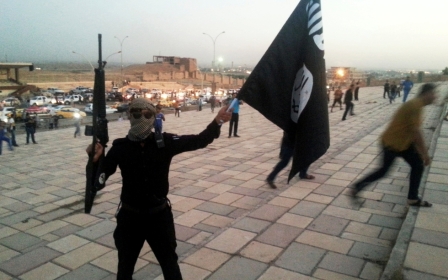