Yemeni Houthi tribesmen in Amran, fifty kilometres north of the capital Sanaa on 10 April (AFP)
By
MEE and agencies

"Amran is now under the control of the Houthi" rebels, who are also known as Ansarullah, said the official, whose remarks were confirmed by military sources and witnesses questioned by AFP.

The Houthis seized all of Amran, including police stations and the headquarters of the 310th Army Brigade, which is based in the city, said the sources.

Their fighters were in control of entries and exits to Amran in the evening, while others patrolled the city itself, one of the sources added.

It has been the scene of fighting between troops and Houthi militants, as well as tribes on both sides since February as the rebels advanced from their mountain strongholds towards the capital.

The Red Crescent said earlier Tuesday that some 10,000 families have fled Amran in three days to escape the intense battle between the army and Shiite militants.

Launching a "call for help," the organisation said 5,000 more families were trapped by the fighting there.

"The bodies of 60 people killed, mostly civilians and soldiers, have been brought to the hospital since Saturday," said a medic at Amran's main hospital.

"Around 180 wounded, many of them civilians, were also admitted," the source told AFP, which could not immediately compile a full toll.

Houthis have been battling the government for years from their Saada heartland, complaining of marginalisation under former president Ali Abdullah Saleh, who stepped down in 2012 after a year-long uprising.

In a statement published on the official Saba news agency Tuesday, Benomar said he "is deeply concerned about the continuing violence in Amran and other areas of the north".

"He profoundly regrets the heavy loss of life over the past days," said the statement.

He "stresses the need for all parties to work toward a definitive cessation of violence through a political process" and "reiterates the need to develop a peace plan for the north," it added.

Benomar also urged "all sides to facilitate safe and unhindered humanitarian access to evacuate the wounded and to ensure the delivery of assistance to all populations in need."

The rebels say a federalisation plan agreed in February after national talks as part of a political transition would divide Yemen into rich and poor regions.

They seized areas of Amran province in fighting with tribes in February that killed more than 150 people. 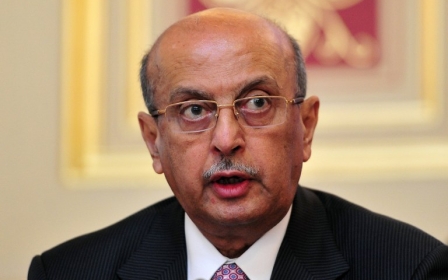 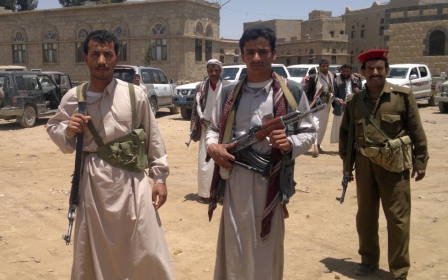