Armed Houthis gather at Sebin Square as they close the Sebin Road to traffic near presidential palace in Sanaa, Yemen on 19 January, 2015 (AFP)
By
MEE and agencies

The Shiite Houthi militia has delayed the release of Yemeni Presidential Chief of Staff Ahmed Awad bin Mubarak which it has held since Saturday despite an earlier announcement on his release, an Anadolu Agency correspondent reported Tuesday.

Mubarak is in charge of a "national dialogue" set up after veteran strongman Ali Abdullah Saleh was forced from power in February 2012 following a year of bloody Arab Spring-inspired protests.

"The Houthis' decision to kidnap Mubarak was a serious escalation that now appears to be spiralling out of control," said April Longley Alley, an analyst with the International Crisis Group.

The Houthis were said to have agreed on releasing Mubarak on Monday following a meeting with a presidential committee mediating between the group and the army, but the Shiite militants have delayed his release to Tuesday, the AA correspondent said.

The meeting, which lasted till the early hours of Tuesday, followed a day of clashes between Houthi militants and presidential guards near the presidential palace in Sanaa. At least nine people were killed in the violence.

On Monday the Houthis claimed to have seized an army base on a hill overlooking the presidential palace.

Calm returned to the streets of the Yemeni capital on Tuesday, but the Houthi militants seem to have tightened their siege on the presidential palace, now housing Prime Minister Khalid Bahah.

The heavily armed Houthis were in control of all three entrances to the Republican Palace, a building Bahah has lived in since taking office in October, a government spokesman told AFP on Monday.

The spokesman, Rajih Badi, called for an "urgent meeting" on Tuesday morning in order to create a "roadmap" to end violence, after a day of clashes between the Huthis and the army.

According to the AA correspondent, traffic on Tuesday returned to normal on all the streets that saw the Monday clashes.

"Yemeni satellite channel is not under state control, nor is state news agency Saba. The Houthis have completely controlled them and are refusing to publish any government statements," she tweeted.

This prompted head of the news department at Yemen state television Tawfiq al-Sharaabi to announce his resignation on Facebook.

Meanwhile, the Yemeni government has invited signatories of a "peace and partnership" deal for a meeting on Tuesday to "draft a roadmap" for containing the situation in the country.

"The government has asked all local authorities and institutions to shoulder their responsibility in maintaining the security of the homeland and the lives of its citizens," Information Minister Nadia al-Saqqaf said on Twitter.

Inside Yemen
Yemen’s most dangerous road on the brink of collapse
Inside Yemen
Lost youth: Yemeni children open Smurfs car wash to help their father
Inside Yemen
'Each photo a story': The Yemeni archivist bringing his country's history to life 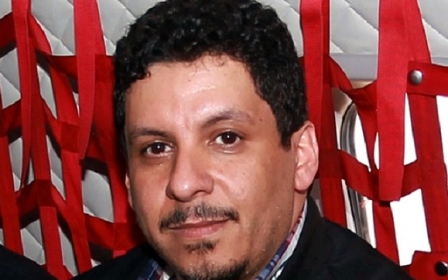