HRW and Mwatana call on group to remove 'volatile' materials from areas near civilians, but Houthis deny they had any explosives near the school 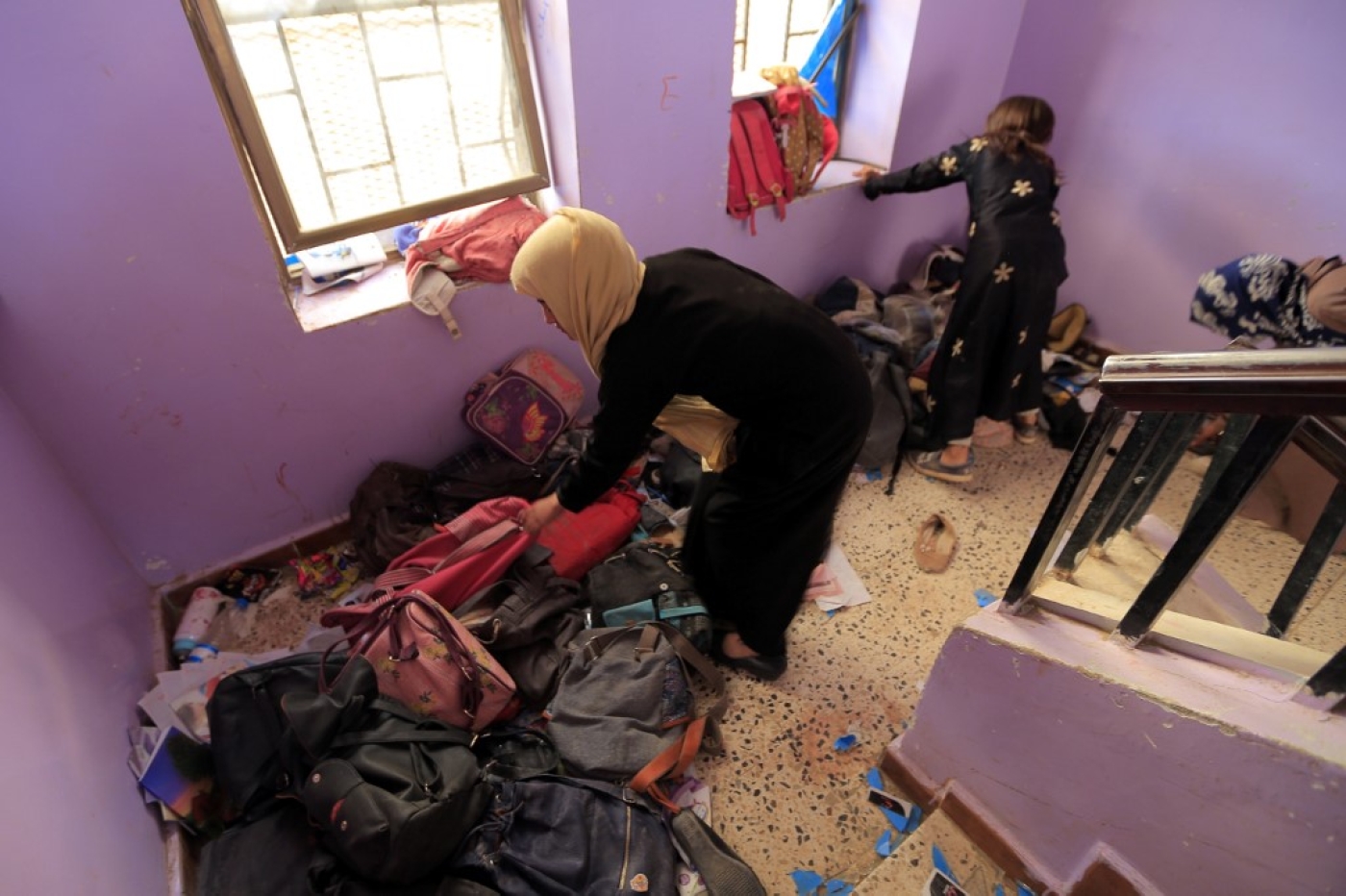 Rights groups have called for Houthis to stop storing volatile materials near homes and schools in Yemen after finding that at least 15 children were killed last month when material in a Houthi warehouse in Sanaa exploded last month.

More than 100 children and adults in the capital’s Sawan neighbourhood were also injured when a fire broke out at the depot, causing an explosion, according to Mwatana for Human Rights and Human Rights Watch groups, which investigated the incident. 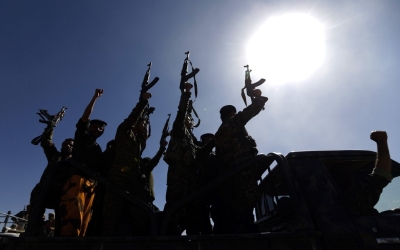 There was initial confusion over the cause of the explosion, with Saudi-owned media outlet Al-Arabiya reporting that Saudi-led air strikes had targeted a military camp in the area.

However, based on interviews with witnesses, videos and satellite imagery, the groups said they have determined that a fire caused an explosion of contents in the warehouse, which then killed the children. They are urging the Houthis to prevent this from happening again.

“The Houthi authorities need to provide credible information and stop storing large concentrations of volatile materials in densely populated areas,” Radhya al-Mutawakel, the chairperson of Mwatana for Human Rights, said in a statement released on Thursday.

“The Houthis played a role in the tragedy and should hold responsible officials to account and provide compensation to victims.”

The rights groups said they were unable to conclusively identify what was stored in the warehouse, but said researchers observed the fuse of a hand grenade nearby.

The storage of munitions or fuel for military purposes at the depot, they said, would violate the law-of-war obligations to take all possible precautions to avoid placing military targets near densely populated areas and protect civilians from danger resulting from military operations.

“The Houthis should stop covering up what happened in Sawan and start doing more to protect civilians under their control,” said Bill Van Esveld, senior children’s rights researcher at Human Rights Watch, in a statement.

The Houthis, however, denied that they have military camps or store explosives in that area.

A source in the Houthi Political Council told MEE on Friday: “The aggression [from the Saudi-led coalition] targeted a residential area and all residents of Sawan know there are no stores of arms in that area.

“Anyone can go to the area and ask residents if there is a store or not. If there was an arsenal, people will see fighters come and go.”

The source confirmed that this is not the first time that the group has been accused of harming civilians: "During the last four years, we have heard many accusations that Ansar Allah [the Houthis] target civilians but finally the fact says Ansar Allah are innocent."