How far will Turkey's anti-PKK operation in northern Iraq go? 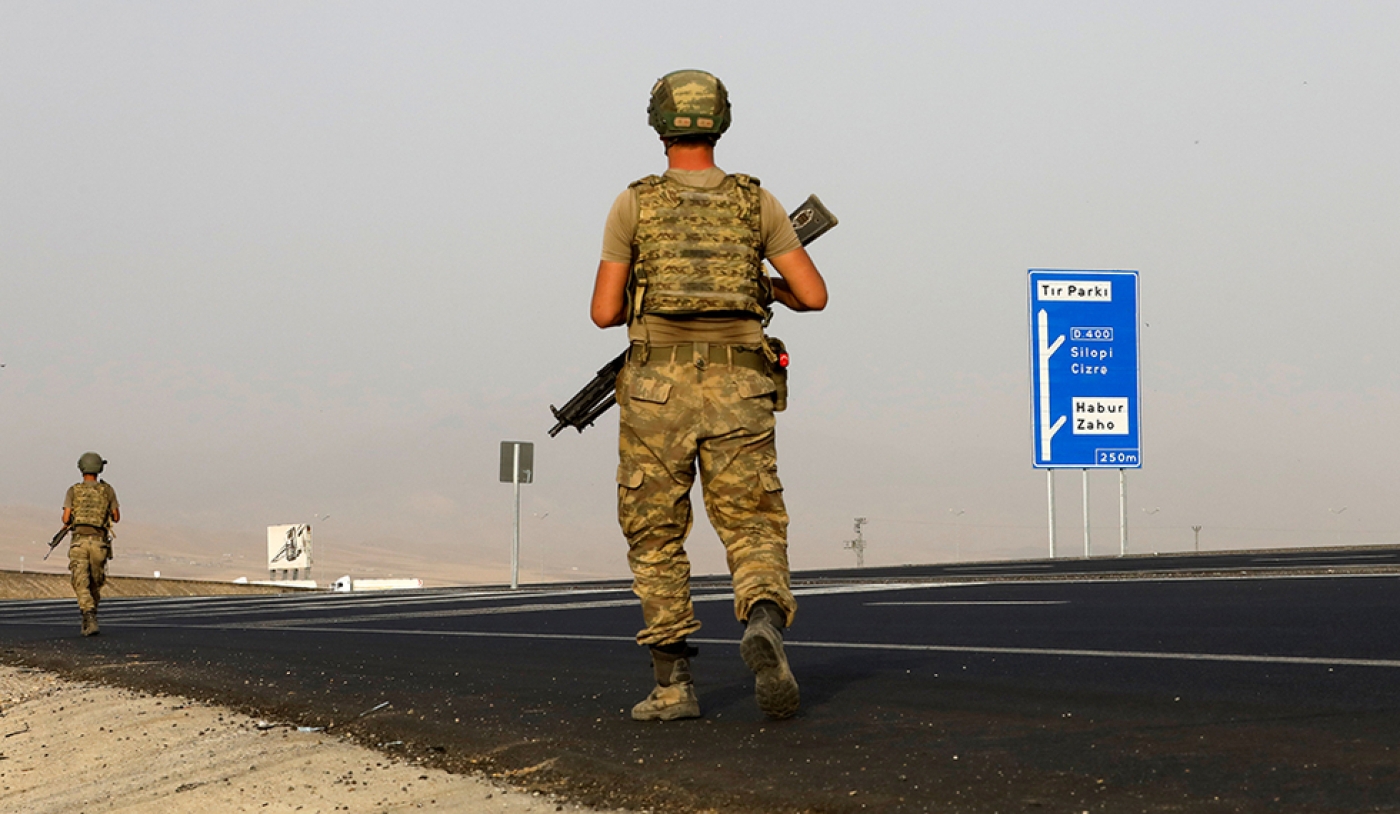 ERBIL, Iraq - Turkey is almost two months into its ground incursion against the Kurdistan Workers Party (PKK) in Iraq's Kurdish region, aiming to displace Kurdish fighters from strategic positions near its border.

The operation, which began on 10 March and which Turkish media has dubbed "Tigris Shield", is the most significant launched by Turkey into the region for more than a decade.

But it remains unclear how far Turkish forces, which have already penetrated 20km into territory controlled by the semi-autonomous Kurdistan Regional Government (KRG), will ultimately go.

“It looks like Turkey is going to stay in [the KRG's] Erbil Province for quite some time,” says Joel Wing, author of the Musings on Iraq blog.

“They've already been there over a month and have reinforced their existing bases and set up more camps.

“The PKK in turn has started attacking Turkish troops within Kurdistan for the first time in years. This is the result of Ankara's concern about the PKK's growing role in Syria as well as its expansion into Sinjar in Iraq's west Nineveh Province.”

Wing pointed out that even before this present operation began, Turkey had increased and intensified the number of its air strikes on PKK targets across the KRG.

Abdulla Hawez, an independent Kurdish affairs analyst, said: “Right now, Turkish has penetrated 20-25km in two areas in Duhok and Erbil provinces. From what I have understood, Turkey is going to build 'security zones' across the border to create a sort of buffer zone to prevent PKK fighters from moving across the borders.”

The PKK, which has waged a militant campaign against the Turkish state in which at least 40,000 people have been killed since 1984, is considered a terrorist group by Turkey, as well as by the United States and the European Union.

Turkish air strikes against the PKK's strongholds in the Qandil Mountains are a regular occurrence, although ground incursions are rarer.

Turkey has been here before

The last time Turkey launched such a major ground assault was in February 2008 - but that only lasted a week. Before then, the largest Turkish ground operations against the PKK took place during the mid-1990s.

By late April, Turkish commandos reached the town of Sidakan in the KRG's Soran district, 90km northeast of Erbil, the autonomous region's capital. According to the Kurdish news agency Rudaw, the Turkish forces have captured at least 30 villages previously controlled by the PKK, some since the 1990s.

Michael Knights, an Iraq analyst and Lafer Fellow at The Washington Institute think-tank, said: “I see the Turkish penetration slowing down and moving into consolidation and defensive mode, with Turkey absorbing PKK counter attacks on its new bases east of Sidakan and their supply lines."

Sidakan is a strategically-important region for the PKK, linking its Qandil stronghold with the Turkish border. Fear of Ankara successfully hindering their movements is perhaps one reason why the Kurdish group attacks these positions whenever and wherever they can.

In late March Iraqi Prime Minister Haider al-Abadi convinced the PKK to vacate the Sinjar region to prevent Turkey from attacking. Turkish President Recep Tayyip Erdogan has routinely threatened to do so for about two years now, vowing that he will not allow the PKK to establish a "new Qandil" there.

In return for their withdrawal, Baghdad has allowed the PKK-trained Yazidi Sinjar Protection Units (YBS) group to retain their positions in the region and is even paying their salaries.

As the PKK withdrew, Iraq sent troops to the province, which has been under its control since last October, when the KRG withdrew its Peshmerga forces following its loss of the Kirkuk region to Baghdad.

Following this deal, Abadi said that Turkey has not crossed any of Iraq's international frontiers, opting to ignore Ankara's ongoing incursions into the KRG, where the Iraqi army has no presence.

But Abadi did, however, call upon the PKK to disarm, arguing that the Iraqi constitution forbids the presence of non-state armed groups in the country.

The KRG's prime minister, Nechirvan Barzani, blamed the PKK for the operation, telling a press conference in late March that the group's cross-border attacks into Turkey had caused this operation.

The KRG, Barzani said, does not accept nor allow its territories “to be used to cause violence” against neighbouring states.

Operation Tigris Shield – a clear reference to the previous Turkish operation "Euphrates Shield", against Islamic State and Kurdish fighters in Syria – will likely see Turkey continue to consolidate control around the strategic regions it has conquered and limit the PKK's movements for the foreseeable future.

An alleged blueprint for Tigris Shield, circulated in the Turkish press a year ago, suggested that Ankara had plans to seize positions around the strategically important Faysh Khabur three-way border crossing to deny the PKK the ability to move between Iraq, Turkey and Syria.

The current operation is taking place in a different location but it is following a strikingly similar objective.

Serhat Warto, a spokesperson on foreign relations for the Kurdistan Communities Union (KCK), an umbrella organisation with close links to the PKK, said that Turkish operations against the PKK in Iraq were a continuation of a campaign inside Turkey itself and in Rojava, a Kurdish name for the self-governing Kurdish-controlled areas of northern Syria.

Turkish forces occupied the Syrian Kurdish enclave of Afrin earlier this year and launched a campaign to subdue an urban guerrilla operation launched by the PKK in predominantly Kurdish areas of southeastern Turkey in late 2015, causing widespread damage in towns and cities.

Warto said that the current operation was part of a plan by Ankara to “occupy” the KRG in order to bring an end to “Kurdish achievements”.

'No longer an option'

As for Sinjar, Turkey is less likely to take any military action against the region at this late stage.

“Sinjar is no longer an option for Turkey,” Knights said. “Federal Iraq will handle that issue, giving Baghdad greater leverage over Turkey in a broader deal on oil, the pipeline arbitration, Kirkuk and debts.”

Aaron Stein, a Turkey analyst and Senior Resident Fellow at The Atlantic Council's Rafik Hariri Center for the Middle East, told Middle East Eye that much will depend “on federal Iraq and the decisions it makes.

“It doesn't look to me like they have sanctioned an operation as far south as Sinjar, and I would assume they wouldn't be amenable to that during an election year, but Ankara has a history of brushing off Baghdad when it feels like it." Inside Iraq
'We have received nothing': Sinjar's only school pleads for help in post-IS Iraq