How will the AU react to Egypt's first execution since 2013 coup? 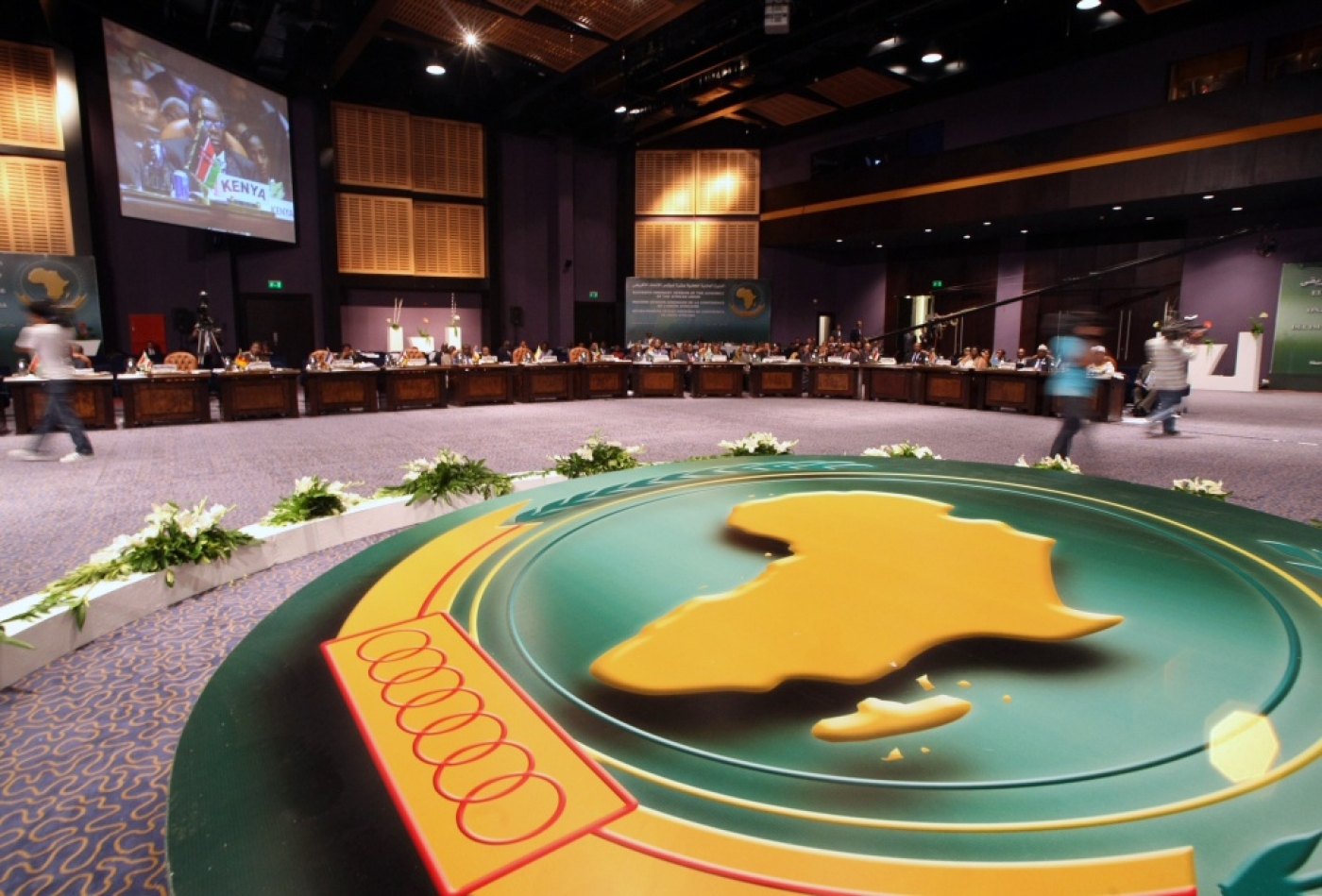 Prior to the execution of Mahmoud Ramadan by the Egyptian authorities on Saturday, the African Union (AU) – Africa’s highest authority – asked Cairo not to carry out the death sentence.

Ramadan was the “first to be executed of those involved in violent clashes [in July 2013],” Egyptian interior ministry spokesman, Hani Abdel Latif, said on Sunday.

He was convicted last year of throwing a teenager off a roof in Alexandria during unrest that followed the ousting of Mohammed Morsi in July 2013.

After Ramadan was hung early Saturday, his wife, Leen Mohamed, told reporters that her husband’s confessions, aired in the media by the Interior Ministry, were taken under duress.

Amnesty International said “the execution should not have happened and a retrial should have been ordered,” as the death sentence was given “after an unfair trial where not all the [testimonies] were included and where the conviction depended on very fragile evidence.”

Toby Cadman, an international law specialist and barrister at Nine Bedford Row International Chambers of London who has advised a number of groups involved in Egypt, said he considered the execution to be unlawful and one that followed “a trial that constitutes a flagrant denial of justice”.

The AU appears to agree: in a letter addressed to Egyptian President Abdel Fattah al-Sisi on 26 February, the Vice-Chairperson of the African Commission for Human and People’s Rights, Bechir Khalafallah, called for the “immediate” suspension of the death sentence while “the matter is being considered” by the AU.

Egypt is a signatory to the African Charter, a human right’s instrument of the 54-member AU, which rejects the death penalty and protects rights to a fair trial.

In the letter, Khalafallah also urged Sisi to intervene to ensure that the Egyptian government “fully investigate” allegations made by Ramadan, which charges that his confession had been extracted under torture, making sure that “defendants are afforded adequate opportunity to prepare a case”.

The letter reminded Sisi that the African Charter “prohibits all forms of torture, cruel, inhuman or degrading punishment”, adding that Egypt’s obligation under international law grants “the victims an opportunity to appeal against the sentence”.

It added “considering the commitment of the Arab Republic of Egypt to the cause of human rights, including through its ratification of the African Charter, I have no doubt that the present request for Provisional Measures will be followed by a positive response.”

Egypt’s response was to execute Ramadan, less than ten days following the letter. However, it isn’t yet clear what the AU’s response will be.

Cadman said he hadn’t yet heard a reaction from the AU.

“But I imagine there will be a certain sense of frustration with their attempts to bring some sense to the situation in Egypt, that they are being ignored,” he said. “We know they have been trying to push them in the right direction, but it doesn’t seem to be doing any good. Sisi doesn’t seem to listen to anyone.”

Last April, the AU’s Commission on Human and People’s Rights ordered Egyptian officials to suspend the death sentences of 529 Egyptians, sentenced by a Minya court after a trial that lasted less than two days, and to investigate the rulings.

The defendants were accused of various crimes related to an attack on a Minya police station in August 2013, including the death of a police officer and the attempted killing of two others.

“It is highly unlikely that the mass trial observed the standards of a fair trial,” wrote the commission’s chairperson, Zainabo Sylvie Kayitesi.

On 28 April, three days after that letter was sent, the same judge upheld the death sentences of 37 of the original 529 – and, in a separate case, sentenced another 683 men to death on charges of killing a policeman also in August 2013.

Going forward with Ramadan’s case, said Cadman, one option for the AU will be to put their concerns on their agenda and require Egypt to respond.

Sanctions are also a possibility, one which Cadman said he and others had been encouraging members of the international community, including the UN, to embrace as well.

“They have got to start considering the question of economic, military and diplomatic sanctions because [Egyptian officials] have a complete disregard for their obligations under various international treaties,” he said.

“What really, really frustrates me,” Cadman added, “is what they [Egypt] should be looking at is greater reform and working with the international community. They are just pushing themselves further and further away.” 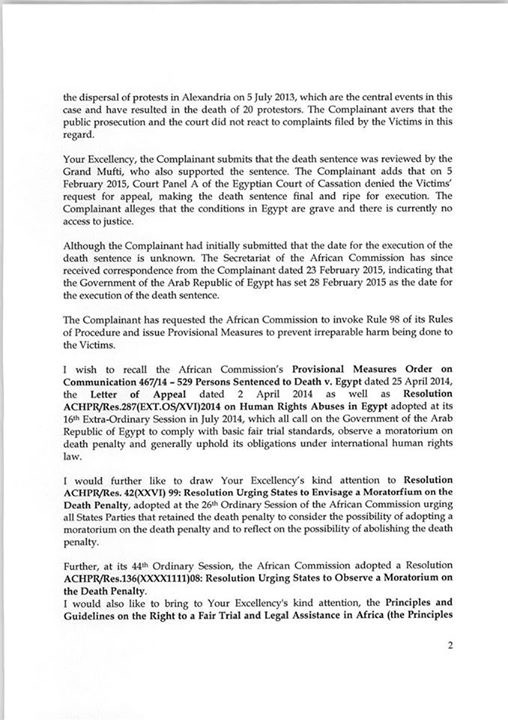 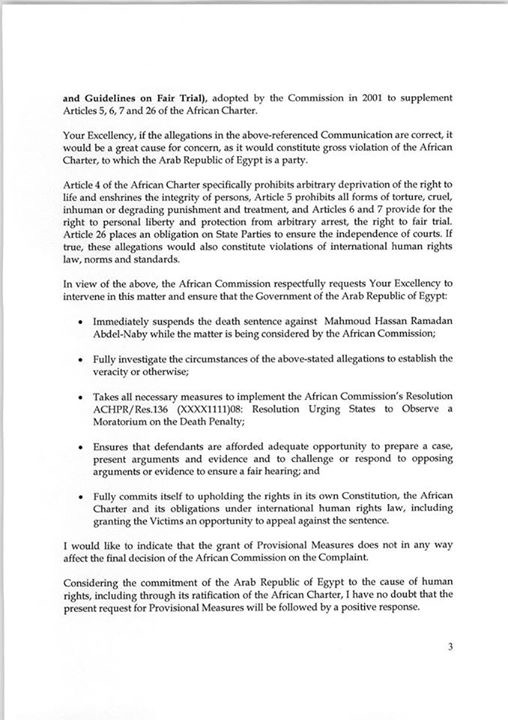 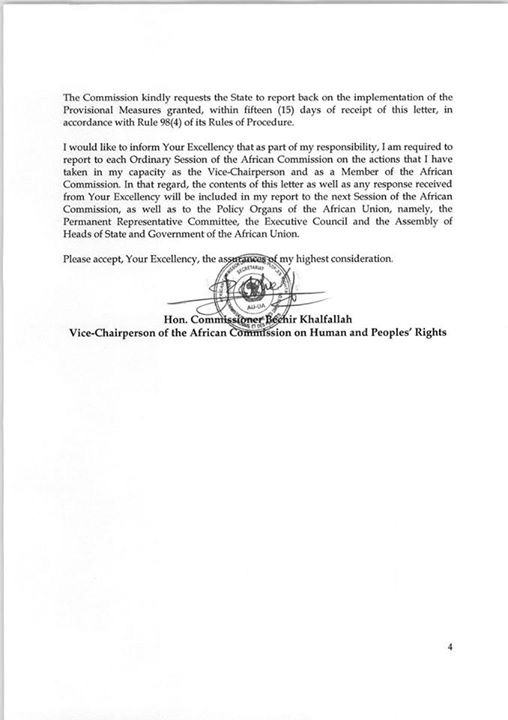 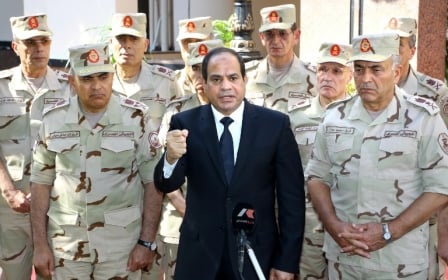