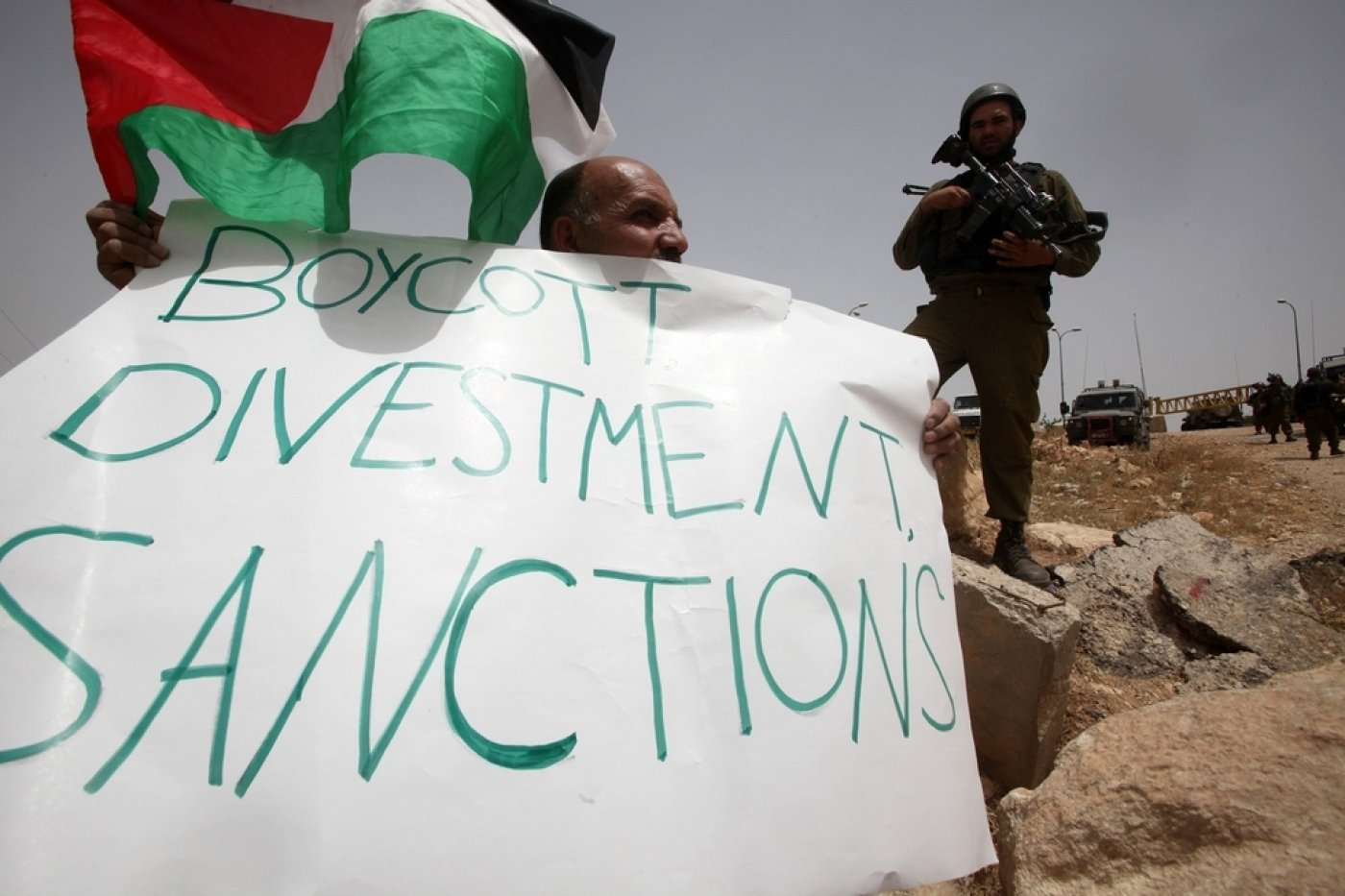 In a statement on Thursday, UK-based activist groups War on Want and the Palestine Solidarity Campaign said HSBC "confirmed that it has divested completely" from Elbit Systems.

The bank confirmed its decision to the groups via email on 23 December, the activists said.

"HSBC has taken a positive first step in divesting from Elbit Systems, the notorious manufacturer of drones, chemical weapons, cluster bomb artillery systems, and other technology used in attacks against Palestinian civilians, and to militarise walls and borders around the world," said Ryvka Barnard, a senior campaigner at War on Want, in the statement.

Citing HSBC sources, the Jerusalem Post also reported on Thursday that the bank plans to divest from Elbit.

The sources told the newspaper that the bank framed its decision as a human rights issue, saying it "strongly supports [the] observance of international human rights principles as they apply to business”.

It remained unclear on Thursday how much money the bank would be divesting from the Israeli company, which manufactures weaponised drones and other technologies that are used by the Israeli military.

War on Want and the Palestine Solidarity Campaign said the move to divest came after widespread pressure on HSBC.

More than 24,000 people emailed HSBC with concerns over its investments in Elbit Systems and other companies selling weapons to the Israeli army, the groups said, while activists also picketed outside 40 HSBC branches across the UK.

"Doing business with companies like Elbit means profiting from violence and human rights violation, which is both immoral and a contravention of international law," Barnard said.

After tireless campaigning by members of PSC alongside @WarOnWant, @CAATuk & other organisations, banking giant @HSBC_UK has announced it has divested in full from Israeli weapons manufacturer @ElbitSystemsLtd!

Headquartered in Haifa, Elbit Systems is the second-biggest arms manufacturer in Israel, according to Who Profits, a research group that tracks companies that make money from Israel's occupation of the Palestinian territories.

The company builds drones - which are widely used by the Israeli army - and it has also manufactured surveillance technology for Israel’s separation wall, the construction of which the International Court of Justice ruled in 2004 was illegal.

In 2009, Norway’s state pension fund dropped Elbit Systems from its portfolio after it found that investing in the company could contribute to violations of international humanitarian law. A year later, major pension funds in Sweden followed suit, also divesting from Elbit Systems.

According to Who Profits, the Israeli ministry of defence is Elbit System's largest customer, generating 19 percent of almost $3.4bn in total revenue for the company in 2017.

Activists from around the world have called on companies to stop doing business with entities profiting from human rights abuses against Palestinians.

The push for accountability is in line with the Boycott, Divestment and Sanctions (BDS) movement, which seeks to pressure Israel to end its occupation of the Palestinian territories, ensure equal rights for Palestinian citizens of the state, and allow the return of Palestinian refugees.

On Thursday, Ben Jamal, director of the Palestine Solidarity Campaign, said HSBC's decision to divest from Elbit Systems shows how effective BDS can be "as a tactic against Israel’s continued flouting of international law and human rights".

"We now call on HSBC to stay true to the principle of ethical investment by cutting links to all companies which support Israel’s military regime," he said.