Huge Qatari shipment of cement arrives in Gaza via Israel Israeli authorities allowed a 1000-ton shipment of cement to enter the Gaza Strip on Thursday.

The shipment was approved after negotiations between the Palestinian Authority and Israel on one side and Qatar on the other.

The Gulf state  announced  last week that it would provide 70 percent of the materials needed to rebuild infrastructure in the coastal enclave, after Israel’s military campaign last summer damaged at least 15,000 homes, according to official Palestinian figures.

The cement passed into the Gaza Strip through Israel via the Kerem Shalom border crossing.

Mohammed al-Amadi, who heads up the Qatari commission, alleged on Thursday that officials had used the Israeli border crossing because Egyptian authorities had prevented them from using the Rafah crossing.

The Rafah crossing, which connects the Gaza Strip with Egypt’s restive North Sinai, has remained mostly closed since Egyptian authorities shut it following a huge suicide attack in Sinai last October killed at least 30 of their soldiers.

Amadi told Al-Jazeera on Thursday that Egypt had denied Qatari officials permission to use the Rafah border crossing, a decision he says increased the cost of transporting the huge shipment.

Reconstruction of the devastated Gaza Strip has been slow to begin, despite pledges of aid from the international community.

Months after a ceasefire between the Israeli military and the Palestinian resistance factions was announced on 17 August last year, much of the reconstruction has yet to start thanks to the closure of the Rafah crossing, which has meant goods and equipment are stopped at the border.

During a recent bout of freezing weather, at least two children living in damaged houses froze to death in the Gaza Strip. 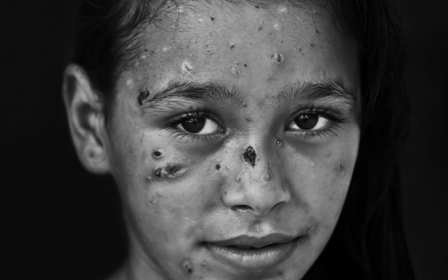