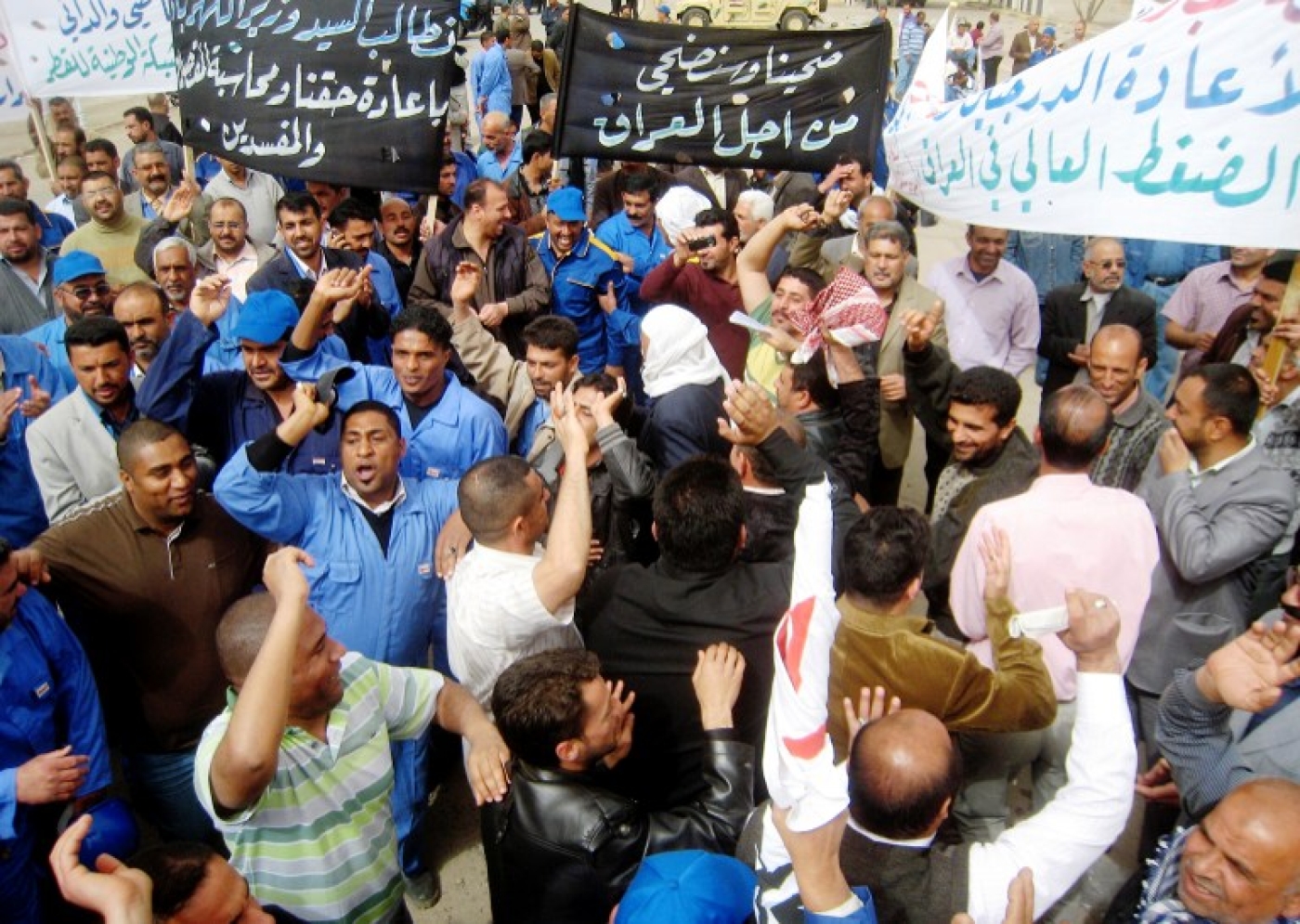 Hundreds of demonstrators took to the streets in Iraq’s southern provinces on Sunday to protest the lack of services and electricity.

Protesters called for action to be taken against “corrupt” government officials who they hold responsible for continued electricity outages, water cuts and rising unemployment rates.

The protests are a continuation of a demonstration which kicked off last Friday as hundreds took to Tahrir Square in Baghdad, calling on the government to meet their demands.

A wave of demonstrations quickly spread across several southern cities including Basra, Najaf and Karbala.

“We are sending a message to government officials telling them that we’ve had enough of political rhetoric. We demand basic services,” Mohamed Hassan, a civic activist and an organiser of the demonstrations in Basra told Al Jazeera.

“We will continue to protest and we will escalate our action until our demands are met,” he added.

According to Hassan, activists in Basra and Baghdad are coordinating mass protests to be held this Friday.

In response to the Friday demonstrations, Iraqi Prime Minister Haidar al-Abadi said in a televised statement on Saturday that the protests signalled an “alarm bell” for the government, calling on it to address protesters demands immediately.

In the southern governorate of Babil, security forces reportedly surrounded government buildings while the ministry of interior dispatched more forces to control the demonstrations.

“It must be clear that the previous government lacked a strategy in dealing with Iraq’s energy problem. We [Abadi’s government] are now trying to address the problem as efficiently as possible,” he said.

Despite the Iraqi government spending more than $40bn over the past 12 years on alleviating regular electricity cuts, most provinces have electricity for only 12 hours a day, reported Al Jazeera.

After years of electricity cuts, the particularly hot weather this summer is thought to have led people to the streets to demand an immediate resolution to the situation.