‘I live to face things, not run from them’: Repression and asylum in Egypt

Despite unprecedented political repression at home, in general Egyptians do not appear to be taking to the sea to escape arrest, court or prison 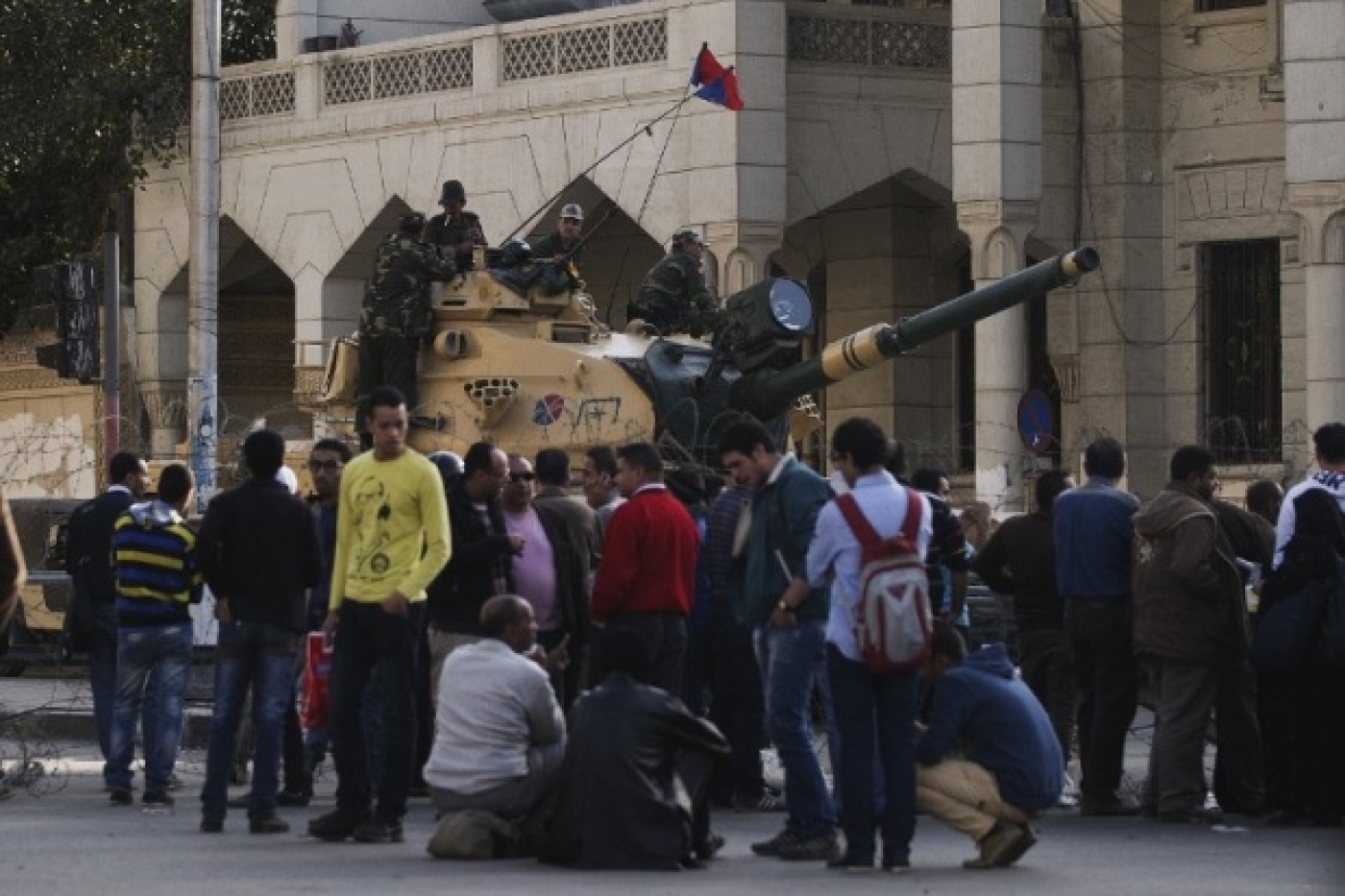 CAIRO - Sherif Gaber doesn’t stay in the same place for more than a few nights at a time.

The 22-year-old has been on the run since an Egyptian court handed him a two-year prison sentence for the ignominious crime of atheism earlier this year.

Gaber was studying at Suez Canal University in 2013 when teaching staff and fellow students reported him for supporting atheism online, supposedly by running a Facebook page called “The Atheists.” That suspicion followed a run-in Gaber had with a science teacher, who told a class that homosexuality was a sin and homosexuals should “be crucified in the middle of the streets”.

Gaber spoke out. It was going to cost him.

According to Gaber, a lecturer from the university then printed out some of his offending Facebook posts before announcing, in front of a class, that he would be submitting them as evidence to the university administration and state prosecutors. The university’s president at the time, Mohamed Mohamedeen, personally filed a legal complaint to prosecutors for contempt of religion - then claimed later that he “[couldn’t] remember the incident”.

Months later, on 27 October 2013, Gaber was arrested. At 3am, a security convoy turned up on his street.

“[I couldn’t believe] the strength of the security … three armoured cars and an army vehicle surrounded my house. I said there must be another Osama bin Laden living in the same [apartment block],” he joked. “I didn’t know I was that dangerous.”

Gaber says he was tortured in custody. “I don’t want to go into the details … but you can say that the basic stuff happened to me,” he said, remembering the moment a hood was shoved over his eyes. “They shocked me with electricity, punished every part of me. They wanted to know who was giving me money to be an atheist and criticise Islam.”

After being handed the suspended sentence, Gaber was released on bail pending a retrial. But rather than pay his 1,000-Egyptian-pound ($131) bail fee that would set a date for retrial, Gaber went into hiding. He has kept in touch with Middle East Eye since then.

Gaber, who became estranged from his family after the news hit the community, doesn’t know whether to run or remain in hiding. He has explored the possibility of applying for political asylum outside Egypt, where his beliefs can put him not only at risk of persecution from the government, but also from a society increasingly intolerant of suspected non-believers.

There have been several high-profile asylum cases in Egypt since the 2011 revolution, with activists and others caught up in a series of crackdowns by successive regimes. But what options are there for Egyptians - atheists and “dissidents”, or otherwise - looking for asylum outside?

In 2013, a mob surrounded the home of Alber Saber, an outspoken blogger, after he posted videos online critical of religion. Arrest followed and, while in custody, a fellow detainee made an attempt on his life with a razor blade after discovering his story.

Handed a prison sentence for “defamation of religion”, Saber was released for 40 days before an appeal session. He wanted to escape.

Contact was made with embassies and rights organisations outside Egypt, and a campaign to grant him asylum was launched. Then, Saber waited.

“It was one day before I was due back in court when I got a phone call,” he told MEE. “I packed some clothes and went to the embassy.” Saber was about to leave Egypt for a country he’d had no hand in choosing, but which was about to save him from three years behind bars.

“I believe it was only through the pressure of people I did not know that I got the visa in time,” he said. “People rang and sent messages to the Swiss government and embassy then, on the day before [the trial], they produced the visa.”

Saber is now in his third year in Switzerland. But he is one of the lucky ones.

According to Mohamed Abdel Salam, a researcher at the Association for Freedom of Thought and Expression (AFTE), opportunities are few - and may be dwindling further.

“In some cases, specific cases, European countries give activists the right to asylum,” he told MEE. “But they're very few.”

Some of those able to leave have done so. Abdel Salam meanwhile suggests that growing repression has created more would-be asylum seekers in Egypt, but less willingness in Europe to accept them.

“I understand that, because now we’re talking about hundreds - thousands - of people [in Egypt], who should go to prison or who are already in prison, or the police want to arrest them and so on; the EU can’t give the right of asylum to thousands of people.”

The majority of Egyptian asylum applications abroad are not through these so-called “humanitarian visas”, quietly handed out in emergency protection cases, but “in-country” - meaning that the asylum seeker has to reach a country before they can claim.

Gaber considered this at first, but was then worried that going to an airport would just bring him back in contact with the authorities. He has never seriously considered the other route out of Egypt - the sea.

He is not alone. Surprisingly perhaps, researchers and migration specialists in Egypt say it does not appear that those caught up in the unprecedented post-2013 repression, like Gaber, have taken to the Mediterranean in large numbers.

For years, Egyptians - often young men or minors travelling alone - have taken to the sea for a hope of better job prospects in Europe, joining mixed migration flows of refugees and asylum seekers.

Although asylum applications are not an exact representation of the number of arrivals, it gives a sense of the intensity of migration flows between Egypt and Europe. According to the European Union’s Eurostat database, which records asylum applications across member states, between 2008 and 2010 the number of new asylum cases by Egyptians arriving in Europe never exceeded 1,000.

Since before the 2000s, the EU has constructed “migration management” projects and signed bilateral agreements with significant sending-countries to better manage the movement of people - promoting alternatives and coaxing would-be migrants into staying at home through education and training opportunities, or simply returning arrivals in return for benefits to the signatory-country’s economy. Egypt signed such an agreement in 2007.

But with the start of the Arab Spring, the numbers of Egyptians applying for asylum in Europe started to climb - over 2,000 in 2011, 2,640 in 2012 and 5,290 in 2013. However, last year, in-country applications dropped by about a third, while Egyptians made up just 2.4 percent of total migration flows across the Mediterranean, according to data from the Italian Ministry of Interior. This is relatively low when compared with the two most represented nationalities last year, Syrians (24.9 percent) and Eritreans (20.2 percent).

Ayman Zohry, migration researcher and president of the Egyptian Society for Migration Studies, argues that there is less of an “asylum culture” amongst Egyptians when compared with refugees fleeing conflict zones. Migration is usually done for economic, not political reasons, he says. A lot of the time, so is asylum.

“It's not in the culture of Egyptians to apply for refugee status to stay abroad, compared with countries that have witnessed civil wars or strife. Because of that, you find that the number of applications are very low,” Zohry claimed, adding that often asylum applications are filed just to regularise irregular migrants’ stay in Europe.

Amr Taha, country program director at the International Organisation for Migration (IOM) in Egypt, also told MEE that the majority of those “who go to Europe irregularly … are looking to enhance their lives, and in Italy they have access to facilities where they can apply for asylum”.

Despite three years of mass social, political and economic upheaval, Taha says that Egyptians taking boats for political reasons is “generally not a trend”.

Muhammad Kashef, migration researcher at the Egyptian Initiative for Personal Rights (EIPR) in Alexandria, meanwhile suggested that Egyptians may have been “priced out” because generally better-off Syrians, travelling in larger numbers, have altered migration routes, as well as the smuggling trade, in Egypt post-2013.

The reasons why are not clear but, despite unprecedented political repression at home, in general Egyptians do not appear to be taking to the sea to escape arrest, court or prison. Meanwhile, dwindling humanitarian visas or resettlement places mean individuals caught up in the crackdown are left facing tough choices. Gaber, for one, is no longer sure what his options are.

“I’ve tried to get out of this country, I’ve tried my hardest to get asylum,” he told MEE. “[But] Egypt is more like a jail than a country. It's a country for thieves and corrupt politicians. There's no place for anyone else.”

“I don't want to feel like I'm running from something,” he said, finally discussing the possibility of just staying on the run for the next three years. “I live to face things, not run from them.”