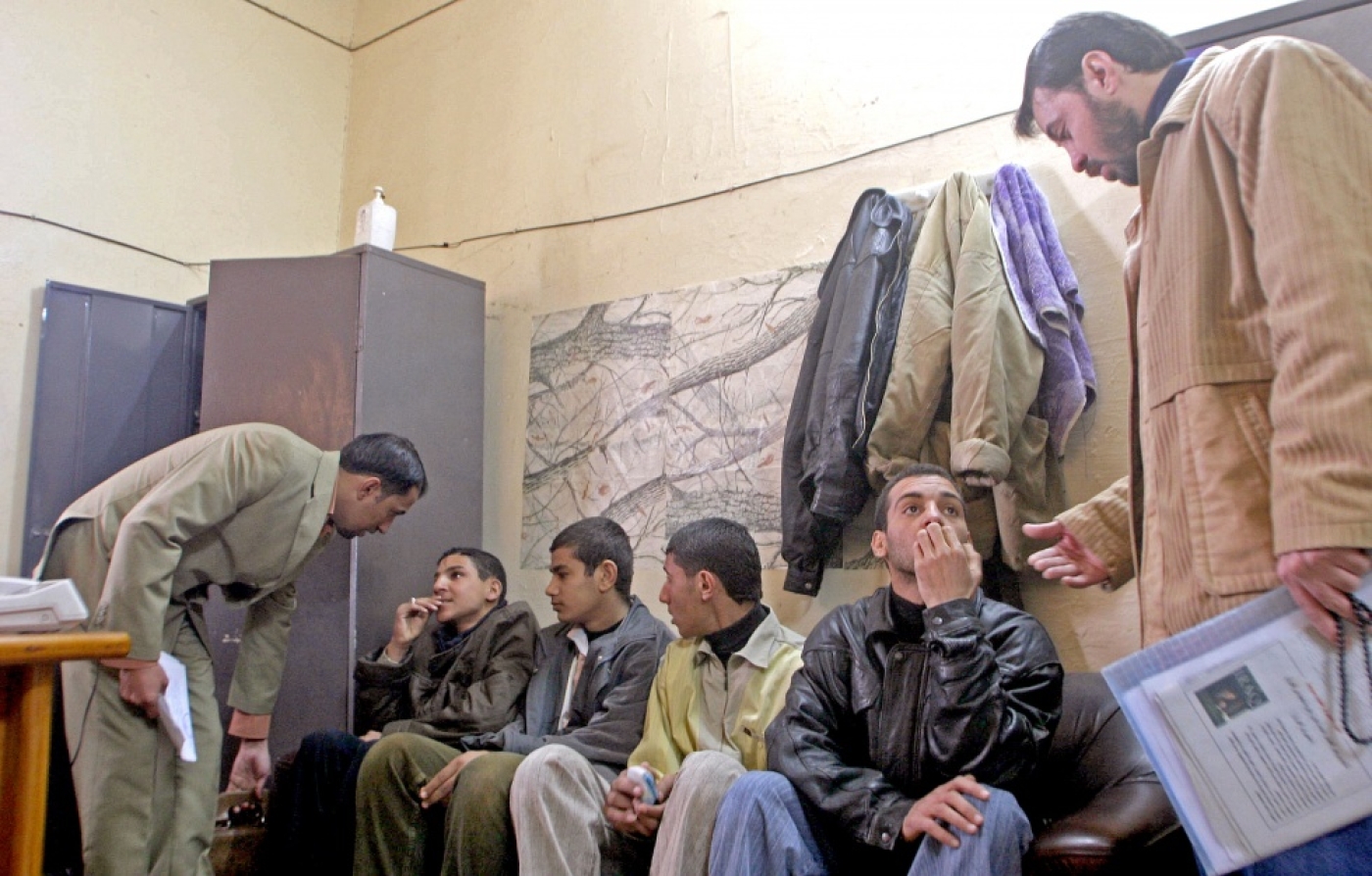 Iraqi youths speak with their lawyers as they file a law suit at against British forces in Iraq, 20 February 2006 (AFP)
By
MEE and agencies

The International Criminal Court's chief prosecutor said Tuesday she has reopened an initial probe into allegations of war crimes committed by British soldiers after the US-led invasion of Iraq in 2003.

Fatou Bensouda said in a statement from the ICC, based in The Hague, that the initial investigation was reopened after new allegations of prisoner abuse were submitted.

"The new information received by the Office alleges the responsibility of officials of the United Kingdom for war crimes involving systematic detainee abuse in Iraq from 2003 until 2008," Bensouda's office said in a statement Tuesday.

"In particular, the communication alleges a higher number of cases of ill-treatment of detainees and provides further details on the factual circumstances and the geographical and temporal scope of the alleged crimes," it added.

Bensouda's office in early January received documents from the Berlin-based European Centre for Constitutional and Human Rights together with the Birmingham-based Public Interest Lawyers (PIL) alleging British involvement in torture, based on interviews with more than 400 Iraqi detainees.

Bensouda is now to decide whether to ask ICC judges permission to launch a full-blown investigation.

The world war crimes court's previous chief prosecutor Luis Moreno-Ocampo in 2006 said he would not open a full probe in Iraq because he did not have enough evidence.

"Based on an initial assessment of the information received, the 10 January 2014 communication provides for further information that was not available to the Office in 2006," the statement said.

"Where allegations have been made that individuals may have broken those laws, they are being comprehensively investigated," he said in a statement.

"The UK government has been, and remains a strong supporter of the ICC and I will provide the office of the prosecutor with whatever is necessary to demonstrate that British justice is following its proper course."

The dossier submitted in January by the ECCHR and PIL alleged that Iraqi victims suffered severe physical and psychological abuse at the hands of British forces.

Detainees were threatened with rape and death, sexually assaulted and subjected to "forced exposure to pornography and sexual acts between soldiers," the ECCHR said.

"Between them, these victims make thousands of allegations of mistreatment amounting to war crimes of torture, or cruel, inhuman or degrading treatment," the ECCHR said.

Those who bear responsibility are "situated at the highest levels, including all the way up the chain of command of the UK army, and implicating former secretaries of state for defence and ministers for the armed forces personnel."

The rights group said that the British government "has remained unwilling to genuinely investigate and prosecute low-level perpetrators." The Road From Abu Ghraib: 10 years on