Illegal at home: The story of Daoud al-Ghoul

With no evidence and on arbitrary charges of being a threat to the city, a Palestinian resident of Jerusalem is expelled from his life-long home 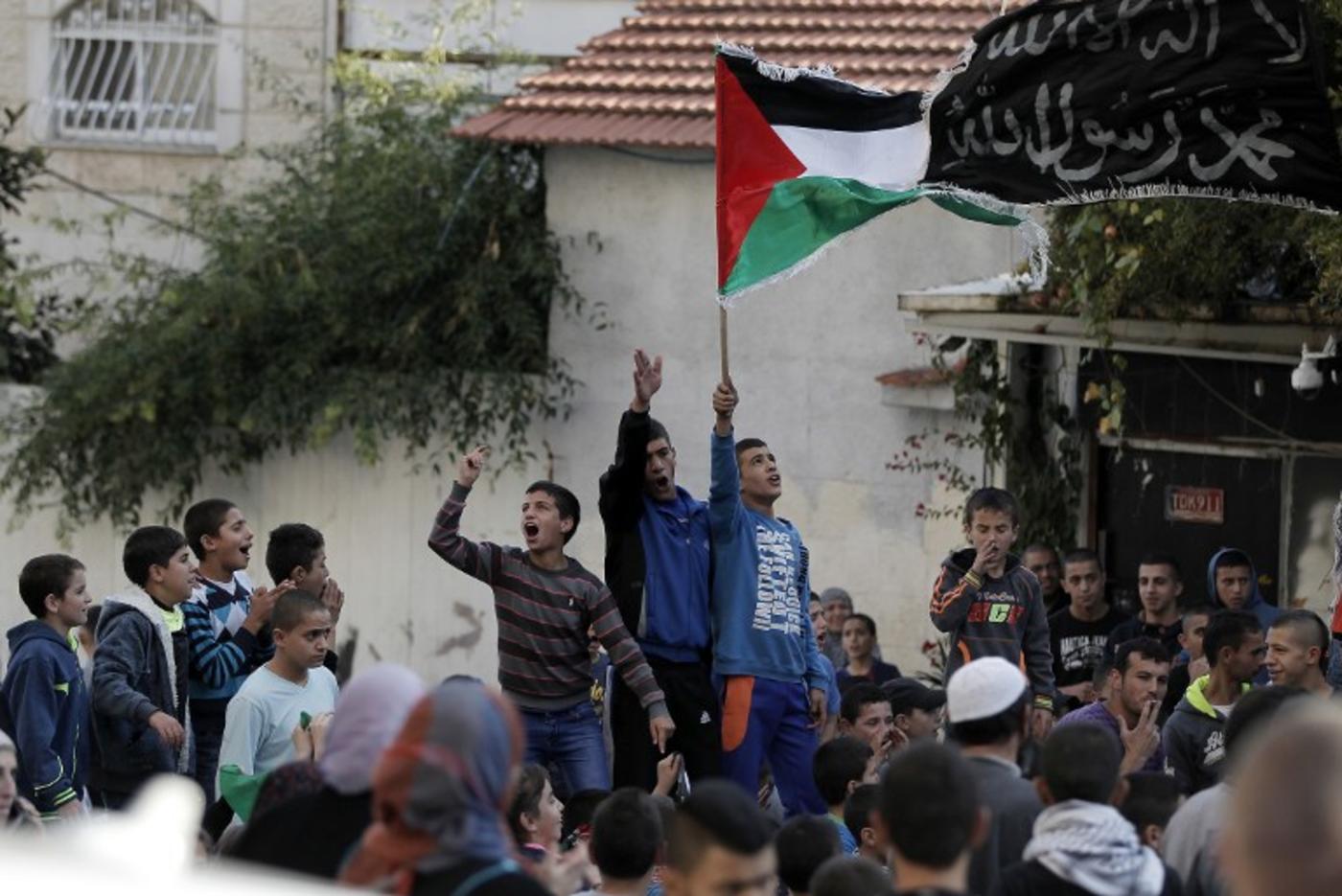 On Sunday 30 November, 31-year-old Daoud al-Ghoul was called to the police station in the Old City of Jerusalem. The reason, he was to discover, was to receive an order expelling him from the city for six months. On the basis of a secret file that said he was a danger to public security, he was told, Daoud was suddenly illegally present in the city he’d called home for his whole life.

A few days later, al-Ghoul was banished from the West Bank on the basis of similarly opaque evidence. Now he and his lawyers are appealing the case against him, despite the fact that they know little to nothing of what he is supposed to be guilty of in the first place.

“On a personal level, I am out of my work, I’m out of my home, I’m away from my family and social life,” al-Ghoul, who was only able to speak to journalists by phone this week, told Middle East Eye. “And there is the possibility now that I will be deported to a place I don’t know at all, where I will have to find a new work, new social life, new everything.”

“We don’t even know if it will end after six months,” al-Ghoul continued. “There is a chance it will be renewed, as it is with the administrative detention orders. You just don’t know. You have no idea about your future, and what will happen to you.”

A 31-year-old activist from Silwan in central Jerusalem, al-Ghoul was one of four Palestinians expelled from Jerusalem under similar circumstances last month. Majd Darwish, Saleh Dirbas and Fares Abu Ghanem also received expulsion orders on 30 November, although unlike al-Ghoul, they have been allowed to remain in the West Bank. As more information has emerged about the expulsion, lawyers and human rights groups have condemned the move, which they say is virtually unprecedented in the city.

“We believe this order is against both Israeli and international law, which states that we should have the right to know what the allegations against us are,” Labib Habib, a lawyer representing Fares Abu Ghanem, told MEE. “We do not know the reason for the order, and we’ve been denied all information explaining the allegation. We don’t have any information about the evidence against him.”

“All we know is that they say he is a danger to security. As a result we don’t have genuine opposition to give against the order, and to defend ourselves,” Habib continued.

The Islamic Supreme Committee of Jerusalem also condemned the move, with a statement to ambassadors in the city to appeal it. Expulsion, it said, was “arbitrary...unjust, illegal and inhumane”, and violated the rights of Jerusalemites who were owners of the land by rights.

Measures to remove Palestinians from Jerusalem have reached new extremes in recent weeks following a series of attacks on Israeli targets that have sown fear and death across the city. In the weeks leading up to the 30 November expulsions, Israeli Prime Minister Benjamin Netanyahu announced the controversial step of revoking the Jerusalem residencies of men and women involved in attacks, or related to those who have killed Israelis. They also include Nadia Abu Jamal, who was stripped of her Jerusalem residency after her husband killed five people in a gruesome attack on a synagogue.

Officials justify these moves on the grounds of deterrence – arguing that profound consequences for the families of terrorists will make potential attackers think twice about going ahead with their acts. The deportation of al-Ghoul, Darwish, Abu Ghanem and Dirbas, however, has a different stated purpose: to counter the security threat supposedly posed by the men. But many commentators criticise the expulsions as a punitive show of power that gravely violate the human rights of Palestinians.

“Altogether it looks like an act of revenge on behalf of the Israeli authorities, although it's called deterrence this time,” Dalia Kerstein, executive director of human rights group Hamoked, told MEE. “It looks like they didn't know what to do with the ongoing acts of resistance, and now they’re just showing who’s the stronger one. It's pathetic really.”

Al-Ghoul is a local activist in Silwan – a neighbourhood just south of the Old City – and describes his work as focusing on social rights and youth outreach. He was last imprisoned in 2006, and told MEE that since then he has had little contact with the police: his most recent summons, he said, wasn’t preceded by any kind of interrogation or questioning.

“We don’t have any information,” he told MEE. “The Israeli police are saying it was a secret file. And in the Israeli file they tell me they are saying that I am a danger to the Israeli state.” The atmosphere of secrecy surrounding the orders, al-Ghoul believes, is similar to the processes surrounding administrative detention – a practice that allows Israel to lock up Palestinians without charge or trial for six month periods, which can then be renewed indefinitely.

Deportations not a new phenomenon

Although the most recent deportations came as a surprise to activists and the men affected, expulsions from the city are not entirely new.

Back in 2006, the Israeli authorities decided to expel four politicians - Mohammed Abu Tir, Ahmed Attoun, Mohammed Totah and Khaled Abu Arafeh - from their homes in Jerusalem, claiming they were in “breach of trust” as members of a “foreign parliament” - the Palestinian Legislative Council. All four men were members of Hamas, and were imprisoned following the order: when they were released from jail in 2010, authorities confiscated their identity cards and demanded that the politicians leave the city within a month.

Both Attoun and Abu Tir were swiftly arrested when they refused to leave Jerusalem, and on their release were expelled to Ramallah in the West Bank. Totah and Abu Rafah, on the other hand, were not reprimanded by Israeli authorities until early 2012: following the order for their expulsion, they hid out in a Red Cross compound in Jerusalem for over a year.

The move to expel the politicians was condemned as politically motivated, inflammatory and in violation of international law from diverse quarters. Among critics was the Carter Centre, of former US President Jimmy Carter. "Revoking residency rights of these PLC members is another example of Israeli policy designed to change unilaterally the character of Palestinian East Jerusalem," it said in a statement, urging authorities to reconsider the decision.

Al-Ghoul believes the most recent expulsions follow the same logic. “The target is not me personally, or the others who have been expelled from the city,” he told MEE. “It’s collective punishment for the whole of Jerusalem. They are trying to show the public opinion that they are doing something. We can see this in their use of force and violence in Jerusalem over the recent months - this is collective punishment, it’s something they do.”

“It’s not the first time. Several cultural activities have been attacked, and they have been attacking activists for a long time. It’s all tied to the attempt to try to say Jerusalem is part of a Jewish state, and a Jewish city. It’s trying to not allow anything out of this frame. You can say it’s ethnic cleansing, say whatever you want to call it, but it’s having a big effect on people.