Judge rules Tehran's non-diplomatic land, bank accounts in Canada should be given to victims of attacks allegedly carried out by Hamas, Hezbollah Iran on Saturday condemned a Canadian judge's order for Tehran's non-diplomatic land and bank accounts in Canada to be given to victims of attacks allegedly carried out by Hamas and Hezbollah.

"It is also contrary to the statements of the new Canadian government that it wants to normalise relations" with Iran, he said. "Any normalisation of diplomatic relations between the two countries requires a revision of the extremist and erroneous policies of the Canadian government."

The judgment, obtained by AFP on Friday, awards a reported $13 million to the families of Americans who died in eight bombings or hostage-takings in Buenos Aires, Israel, Lebanon and Saudi Arabia between 1983 and 2002.

Hundreds died in the attacks.

The families, led by the parents of Marla Bennett, who was killed when a suicide bomber struck at a cafeteria at Hebrew University in Israel in 2002, had successfully sued the Islamic republic in the US

The US court found that Iran was responsible for training operatives of the Palestinian movement Hamas and Lebanon's Shia militant group Hezbollah, as well as backing the groups financially.

But those judgments remain largely unpaid.

"Terrorism is one of the world's greatest threats," Ontario Superior Court Justice Glenn Hainey said in his decision.

"The broad issue before the court is whether Iran is entitled to immunity from the jurisdiction of Canadian courts for its support of terrorism."

The Canadian lawsuits were brought under a law passed in 2012 that allows victims and their families to collect damages from state sponsors of terrorism.

Canada lists Iran as a state sponsor of terrorism.

Iran did not defend either the US or Canadian lawsuits. 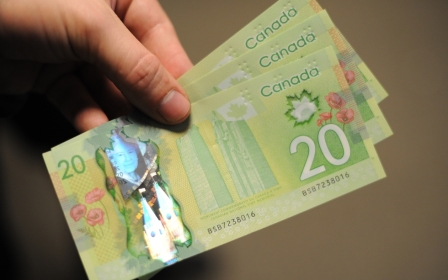 Economy
Canada: The next hub of Islamic finance?