Network of 7,000 agents to monitor transgressions including 'bad hijab', harassment of women, reckless driving and noise pollution in Tehran A network of 7,000 undercover agents has begun work in the Iranian capital tasked with informing police of alleged moral transgressors, a top official said on Monday.

Anti-social behaviour and improperly worn headscarves are among the crimes the force has been tasked with tackling in Tehran from Monday.

Covering the head and hair is mandatory for women in Iran.

"Confronting bad hijab and removal of headscarves inside cars, driving recklessly, parading in the streets, harassing women and stopping noise pollution are the priorities" for the agents, he said.

Translation: Tehran has about 350 different districts. So 7,000 undercover agents is about 20 for each

Sajedinia's remarks were published by Mizan Online, the official news service for Iran's judiciary, along with pictures of him amid a large formation of plain-clothed agents in Tehran.

When in public all women in Iran, including foreigners, are required to wear at least a loose scarf, known as hijab, which covers the hair and neck.

Since the mid-1990s, however, there has been a gradual change in the dress code with some women, particularly in more affluent northern neighbourhoods, wearing colourful tight-fitting coats and loose scarves.

When agents observed such violations they report the alleged offender to police who would then contact them, Sajedinia said.

The agents, bearing judicial orders, are not allowed to engage people directly and will only report to the police, he added. 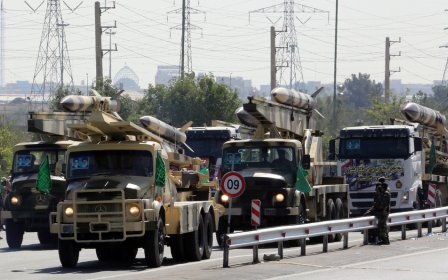 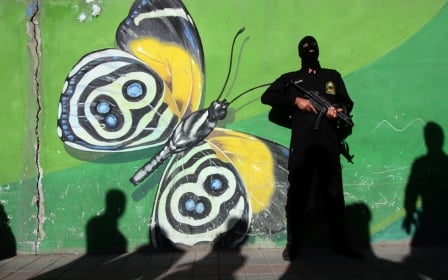