Iran executes former government employee who 'sold information' to US

Reza Asgari, who once worked for Iran's defence ministry, was executed last week in Tehran's latest state-sanctioned killing of a suspected spy Before retiring in 2016, Reza Asgari, who was executed last week, had worked in the aerospace department of Iran's defence ministry (AFP/File photo)
By
MEE and agencies

A former employee of Iran's defence ministry has been executed after being found guilty of spying for the CIA, according to an Iranian judiciary spokesman.

In a statement released on Tuesday, spokesman Gholamhossein Esmaili said Reza Asgari had been executed last week. Before retiring in 2016, Asgari had worked in the aerospace department of Iran's defence ministry.

"In the last years of his service, he joined the CIA, he sold information about our missiles … to the CIA and took money from them," Esmaili said. "He was identified, tried and sentenced to death."

Asgari's execution was one of several similar state-sanctioned killings to have taken place in recent months.

In late June, Iran announced it had executed Jalal Hajizavar, another former defence ministry employee accused of working with the CIA.

According to Iran's justice ministry, Hajizavar admitted to being paid by the US to carry out espionage missions. His wife was also found guilty for her role in Hajizavar's espionage, after the government confiscated spy equipment from their family home. She was sentenced to 15 years in prison. Earlier that month, Tehran announced plans to execute Mahmoud Mousavi-Majd, an Iranian who the government arrested in 2018 on charges related to spying on now slain Iranian general, Qassem Soleimani, for US and Israeli intelligence.

A US drone strike in Iraq on 3 January killed Soleimani, leader of the Revolutionary Guards' Quds Force, but Iran noted that Mousavi-Majd's execution was not directly linked to the general's death.

"He gave the whereabouts of martyr Soleimani to our enemies," judiciary spokesman Esmaili said at the time. "He passed on security information to the Israeli and American intelligence agencies about Iran's armed forces, particularly the Guards."

Esmaili said that Mousavi-Majd had been sentenced to death by a revolutionary court, adding that a supreme court has upheld his death sentence. The spokesperson also noted that at the time that Mousavi-Majd was to be "executed soon", however, no further details have been announced.

Last summer, Iran said that it had captured 17 spies working for the CIA, some of whom it said had been sentenced to death.

Soleimani's killing led to a peak in confrontations between Iran and the United States, which were sparked in 2018 after the US pulled out of a multilateral nuclear deal with Tehran, reinstating sanctions.

Following Soleimani's killing, Tehran retaliated with a rocket attack on an Iraqi air base where US forces were stationed. Hours later, Iranian forces on high alert mistakenly shot down a Ukrainian passenger airliner taking off from Tehran. 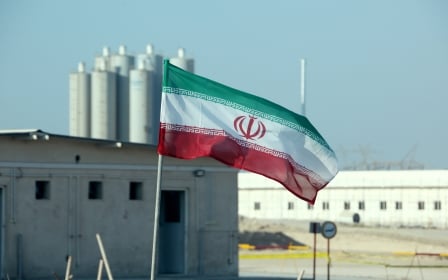 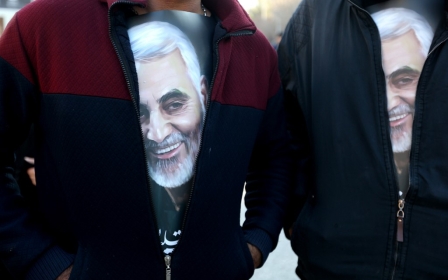