Shahram Amiri, who disappeared while on pilgrimage in Saudi Arabia in 2009 and returned to Iran in 2010, was hanged this week Amiri returned to Iran in 2010 to a hero's welcome, but was arrested shortly afterwards (AFP)
By
MEE staff

Iran has executed a nuclear scientist convicted of handing over "top secret" information to the US, a judicial spokesperson confirmed on Sunday.

"Shahram Amiri was hanged for revealing the country's top secrets to the enemy [US]," Gholamhossein Mohseni Ejeie was quoted as saying by the Mizan Online news site.

Ejeie said Amiri's case had been "one of the biggest blows" to US efforts to obtain information from inside Iran.

Amiri was reportedly executed earlier this week. His mother said on Saturday that his body had been returned to the family with rope marks around the neck, evidence that he had been hanged.

He was buried in his hometown of Kermanshah, some 500 kilometres south of the capital Tehran.

The scientist's family said he had telephoned them last week to ask them to visit as he feared he would be executed at any time.

However, he had already been executed by the time they arrived in Tehran, where he was being held, opposition journalist Mohammed al-Ahwazi reported.

Amiri disappeared in Saudi Arabia in June 2009 while on the hajj pilgrimage and resurfaced a year later in the United States. Iran accused US intelligence of abducting Amiri, an allegation Amiri himself later echoed.

Amiri, who was a member of Iran's sizable Kurdish minority, returned to Iran in 2010 to a hero's welcome, complaining of being subjected to "extreme mental and physical torture" while in the US.

However, his family said he had been arrested shortly after his return to Iran. 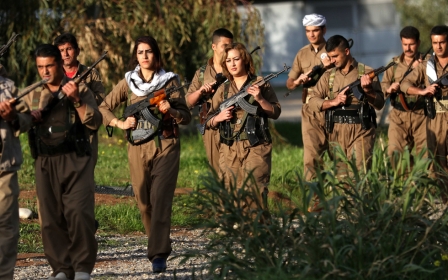 Inside Iran
Iran confirms execution of 20 Kurdish militants for 'terrorism'