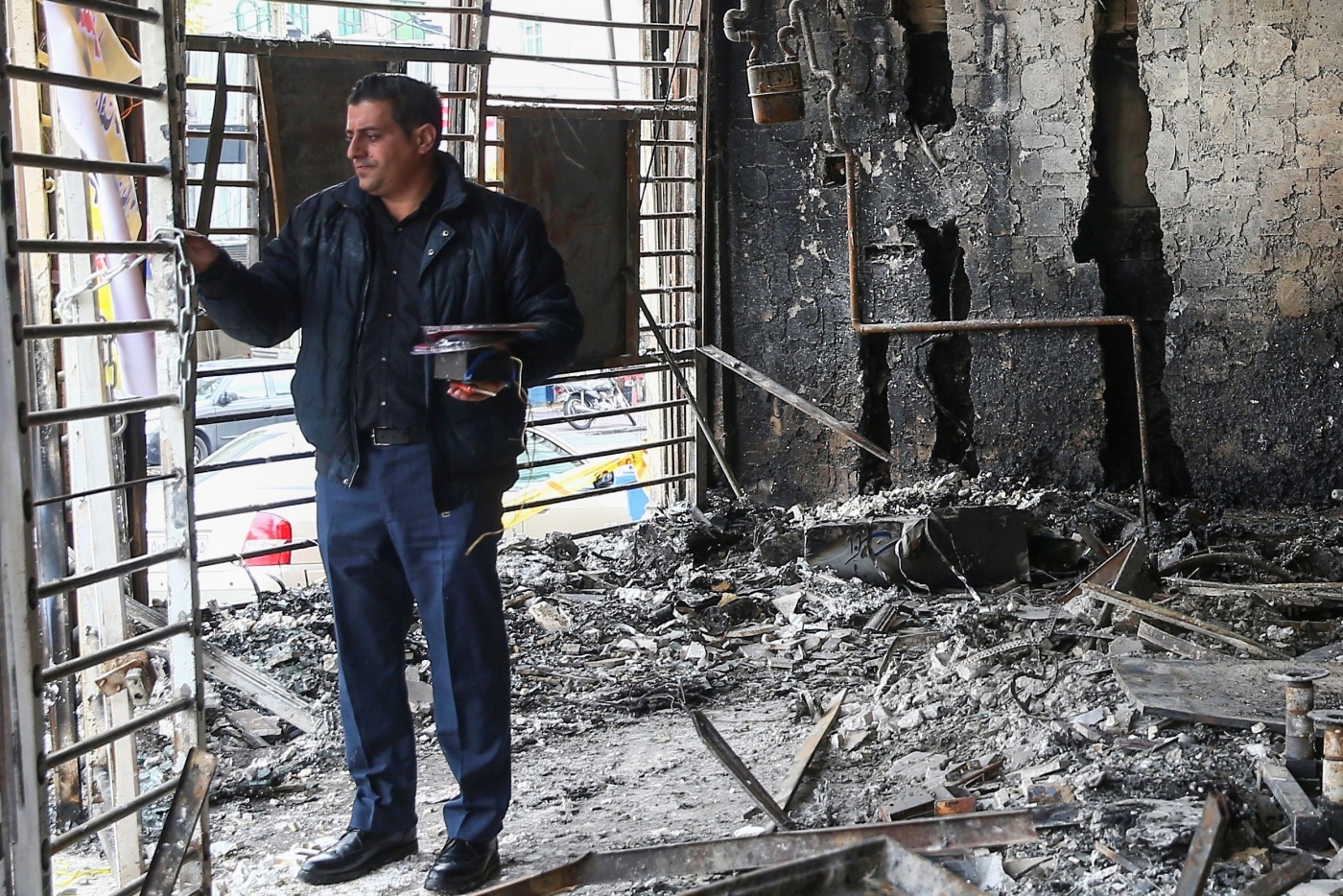 Iran's security forces have arrested eight people they accused of having ties to the CIA, a state-run news agency reported, in connection to the deadly unrest that has shaken the country.

"These elements had received CIA-funded training in various countries under the cover of becoming citizen-journalists," the Iranian intelligence ministry said, as reported by IRNA on Wednesday.

"Six were arrested while attending the riots and carrying out [CIA] orders and two while trying to ... send information abroad," the news agency reported.

It was not immediately clear who the detained individuals were.

Iranian security forces have cracked down on widespread public protests across Iran this month, and rights groups estimate that at least 143 people have been killed.

Referring to the unrest, Supreme Leader Ayatollah Ali Khamenei said on Wednesday that the Iranian people had defeated a "conspiracy".

"A deep, vast and very dangerous conspiracy that a lot of money had been spent on ... was destroyed by the people," Khamenei said, as quoted on his official website. Approximately 731 banks, 70 petrol stations and 140 government sites were torched in the unrest, Fazli said, while more than 50 bases used by the security forces were attacked.

About 7,000 people were also arrested, according to Hossein Naqavi-Hosseini, a member of parliament's national security committee, news website Entekhab reported.

The protests began on 15 November after the government announced a hike in petrol prices of at least 50 percent and rationing was imposed.

Demonstrations initially took place in several provincial towns before spreading to about 100 cities and towns across the country, AFP news agency reported.

They quickly turned political, with protesters demanding that top officials step down.

Call for inquiry into alleged abuses

Human Rights Watch on Wednesday accused Iranian authorities of "deliberately covering up" deaths and arrests during a crackdown on the demonstrations.

Security forces were deployed to rein in demonstrations in some areas after the banks, petrol pumps and police stations were torched.

The extent of the crackdown is unclear, however, primarily due to an internet outage imposed during the protests, a measure that is widely seen as an attempt to curb the spread of information and reports on the violence. Iran protests: The US is in for a big disappointment
Read More »

HRW said the authorities were "deliberately covering up the scale of the mass crackdown against protesters" and called on them to "immediately announce the number of deaths, arrests, and detentions... and permit an independent inquiry into alleged abuses".

Michael Page, the US-based rights group's deputy Middle East director, censured Iran for having so far "refused to provide an accurate death toll and instead threatened detainees with death".

Rights groups, including Amnesty International, have estimated at least 140 people were killed and up to 7,000 arrested in the protests.

Officials have confirmed that five people were killed and between 500 and 1,000 others, including some 180 "ringleaders", were arrested.

"Keeping families in the dark about the fate of their loved ones while ratcheting up an atmosphere of fear and retribution is a deliberate government strategy to stifle dissent," Page said.

Internet connectivity has returned to much of the country in recent days, except for mobile telephone networks, said NetBlocks, a site that monitors internet disruptions.

The United States said on Tuesday that it had received thousands of messages from Iran about protests, after appealing to demonstrators to defy restrictions on the internet.

The Iranian government has blamed "thugs" linked to exiles and the governments of the US, Israel and Saudi Arabia for stirring up the unrest.

The protests came as new US sanctions imposed this year cut off nearly all of Iran's oil exports.