The Republican chairman of the US House of Representatives Foreign Affairs committee said on Wednesday the international nuclear deal with Iran should be strictly enforced by Washington working with its allies, but did not call for an end to the agreement.

"As flawed as the deal is, I believe we must now enforce the hell out of it," Representative Ed Royce said at a hearing. President Donald Trump is expected to announce on Friday a new strategy for Iran that could include a first step toward the United States exiting the agreement.

Royce, like every other Republican in the US Congress, opposed the nuclear agreement reached under President Barack Obama, a Democrat, in 2015 and signed by the United States, Iran, China, Russia, Britain, France, Germany and the European Union.

However, Engel said at the hearing that killing the deal would be a "grave mistake," since it is in place and backed by US allies and other powers.

"We need to work with allies and partners on a shared agenda that holds the regime in Iran accountable, not dividing America from our closest friends across the globe," he said.

Trump is expected to announce an "overall Iran strategy," including whether to decertify the international deal curbing Tehran's nuclear programme ahead of a 15 October deadline.

The agreement, under which Iran agreed to significantly scale back its nuclear programme for 15 years in exchange for sanctions relief, is viewed in Europe as a rare triumph of international diplomacy in the Middle East.

If Trump declines to certify the Iran deal, it would open a 60-day window in which US congressional leaders could move quickly to reimpose sanctions on Tehran suspended under the agreement.

That could be a first step toward Washington exiting the agreement, something strongly opposed by European allies.

In Europe, the Iran move would be seen as far more damaging than Trump's decision in June to pull out of the Paris climate accord.

"The threat from Iran in terms of nuclear proliferation is more immediate. This is far more dangerous," said Elmar Brok, a veteran foreign policy expert in the European Parliament and party ally of German Chancellor Angela Merkel.

European officials and analysts fear a breakdown of the agreement could lead to an arms race in the Middle East, a military conflict between Iran and Israel and an escalation of regional proxy wars between Iran and Saudi Arabia.

They fear it would also doom any chances, no matter how slim, for a negotiated deal with North Korea.

If Congress does not act, however, it would leave the agreement in place. Many congressional sources and others familiar with the process say the Trump administration is considering using decertification to increase pressure on Tehran, not to end the deal.

Iranian officials have said they will not renegotiate. 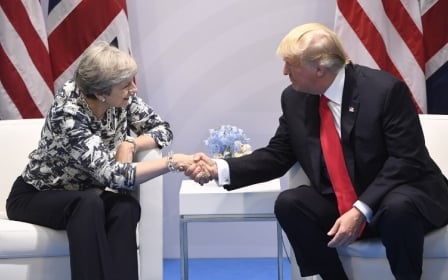