Tehran has vowed to use talks to prioritise removing sanctions Iran's foreign ministry said its diplomats would not hold bilateral talks with the US delegation in Vienna as talks resumed on Monday to salvage the 2015 nuclear deal.

The talks resumed after a five-month break as western officials hoped to reach an agreement with Iran.

Since the break, six rounds of indirect talks have been held between April and June. The new round begins after a pause following the election of Iran's new president, Ebrahim Raisi.

The European Union official chairing the Iran nuclear talks said that he had met Chinese, Russian and Iranian negotiators on Sunday and that he would meet the European and US teams on Monday before formal talks later in the day. Western officials have criticised Tehran for presenting "unrealistic" demands after it called on all US and European sanctions imposed since 2017, including those unrelated to Iran's nuclear programme, to be lifted.

However, Iran has insisted that its focus in Austria is lifting sanctions rather than resolving nuclear issues - reflecting that commitment by including economic officials in its 40-strong delegation to Vienna.

Diplomats say time is running out to salvage the previous nuclear deal that former US President Donald Trump abandoned in 2018, before imposing comprehensive economic sanctions on Iran.

Patience is also running out on both sides as Tehran's frustrations with the UN's atomic watchdog, the IAEA, which monitors Iran's nuclear programme, continue to grow.

Since the US left the deal, Iran has restarted its uranium-enrichment programme, while the IAEA says its inspectors have been poorly treated and denied access to reinstall monitoring cameras that it deems is crucial for reviving the deal.

In a column for the Financial Times, Iran's top nuclear negotiator, Ali Bagheri Kani, said that "the West needs to pay a price for having failed to uphold its part of the bargain. As in any business, a deal is a deal, and breaking it has consequences".

He added: "The principle of 'mutual compliance' cannot form a proper base for negotiations since it was the US government which unilaterally left the deal." Inside Iran
Goodbye, genius: How Iran’s best and brightest are leaving the country 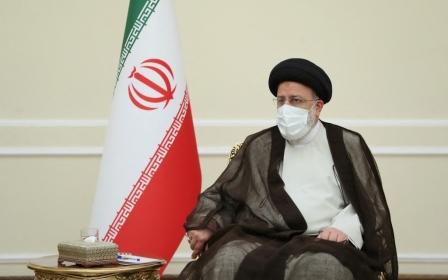 Iran Nuclear
As Iran approaches nuclear threshold, US is running out of leverage
Marco Carnelos