Talks will continue for the next couple of days, says EU foreign policy chief Talks between Iran and major powers to find a nuclear deal will continue past Tuesday for a "couple of days," EU foreign policy chief Federica Mogherini said.

"We are continuing to negotiate for the next couple of days," Mogherini told reporters during a break from the negotiations in Vienna.

"This does not mean we are extending our deadline. I told you one week ago more or less, we are interpreting in a flexible way our deadline, which means that we are taking the time, the days we still need, to finalise the agreement," she said.

She added that a deal is "something which is still possible even if we are now getting into the difficult time. I am here to stay, to continue together with all the teams, all the six teams are here".

She said that foreign ministers may leave the talks but "are ready to come back in the coming hours and days".

An Iranian spokesman told AFP meanwhile that for his delegation, "we have no deadline".

Last week, both sides effectively gave themselves until 7 July to finalise a deal ending a 13-year standoff by extending the terms of a November 2013 interim deal to that date.

Iran and the P5+1 - the US, Britain, China, Russia, France and Germany - are seeking to nail down a historic accord curbing Iran's nuclear activities in exchange for sanctions relief.

US Secretary of State John Kerry and his Iranian counterpart Mohammad Javad Zarif have been in Vienna since 27 June seeking to finalise the accord. They have been joined several times by other foreign ministers. 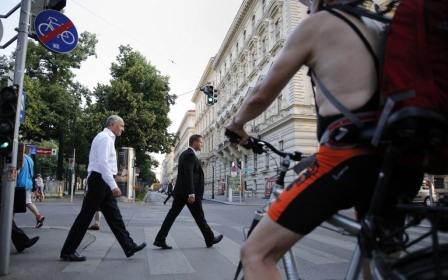