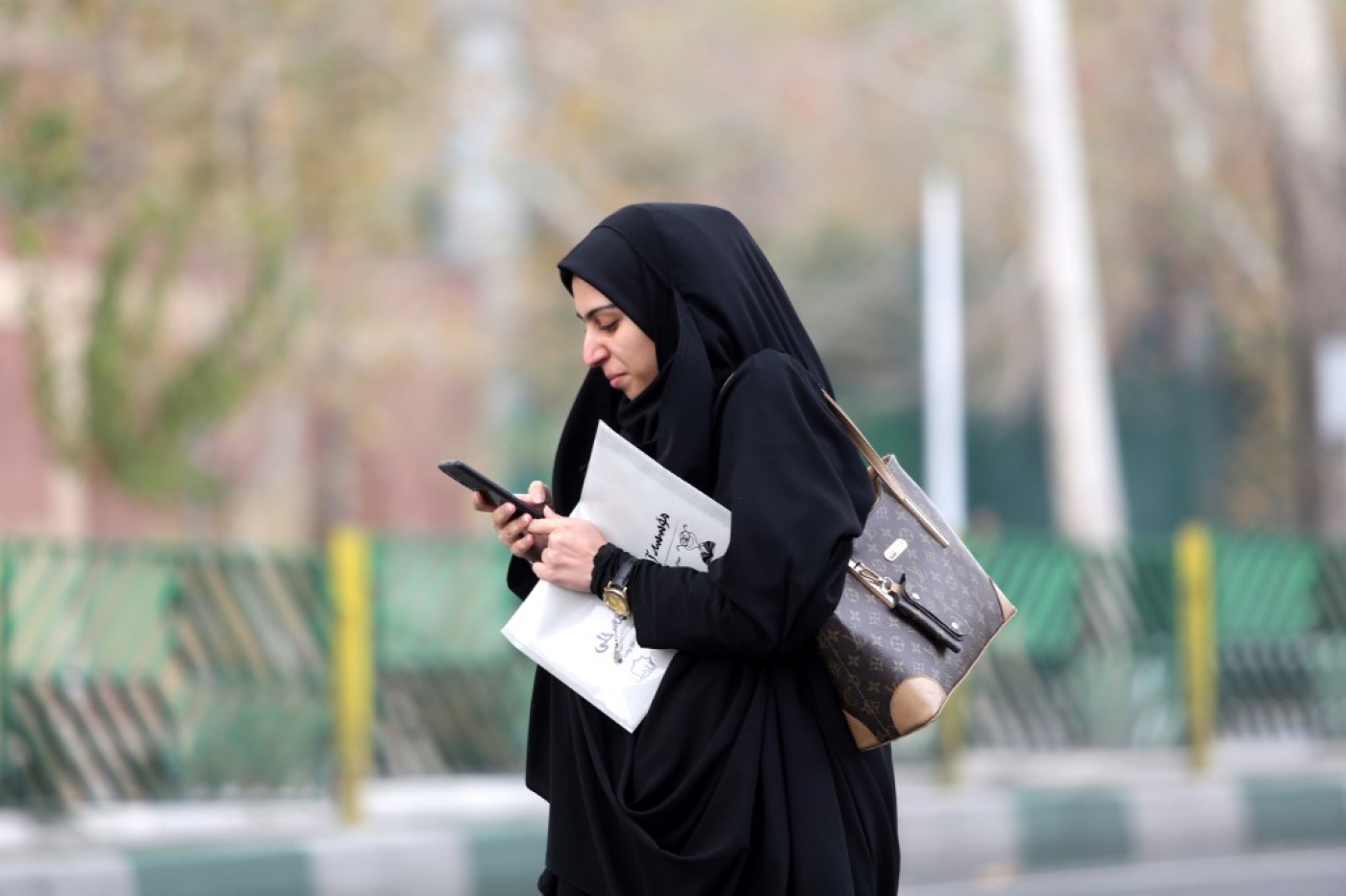 A woman uses a smartphone while standing along a street in the Iranian capital Tehran on 23 November, 2019 (AFP)
By
MEE and agencies

Iranian authorities have reportedly shut down mobile internet access in some parts of the country ahead of anticipated protests.

According to the semi-official Iranian news agency ILNA, government sources said the internet shutdown was imposed on Wednesday, as ordered by security agencies, in the provinces of Alborz, Kurdestan and Zanjan in central and western Iran, and Fars in the south.

Social media users and relatives of those killed in last month’s anti-government protests have called for fresh demonstrations on Thursday to commemorate the dead.

It also excluded what the source called "internal traffic", indicating only domestic websites would be accessible.

Netblocks, a website monitoring international internet outages, confirmed the report on Wednesday, saying that parts of Iran have witnessed internet disruptions since 0300 GMT.

The move could be designed to restrict protesters’ ability to post videos on social media documenting the protests.

Last month, Iran imposed near total internet blackouts for one week in a bid to control the protests that had erupted against a sudden and sharp fuel price hike.

The Iranian government has yet to issue an official death toll, but Amnesty International has estimated that at least 300 protesters were killed in the unrest.

A report by Reuters news agency earlier this week claimed that around 1,500 people had died in recent nationwide protests as a result of lethal force used by riot police.

At  least 17 teenagers and about 400 women were included in the death toll that was provided to Reuters by three anonymous Iranian interior ministry officials. Inside Iran
Around 1500 people died in Iran crackdown ordered by Khamenei: Report