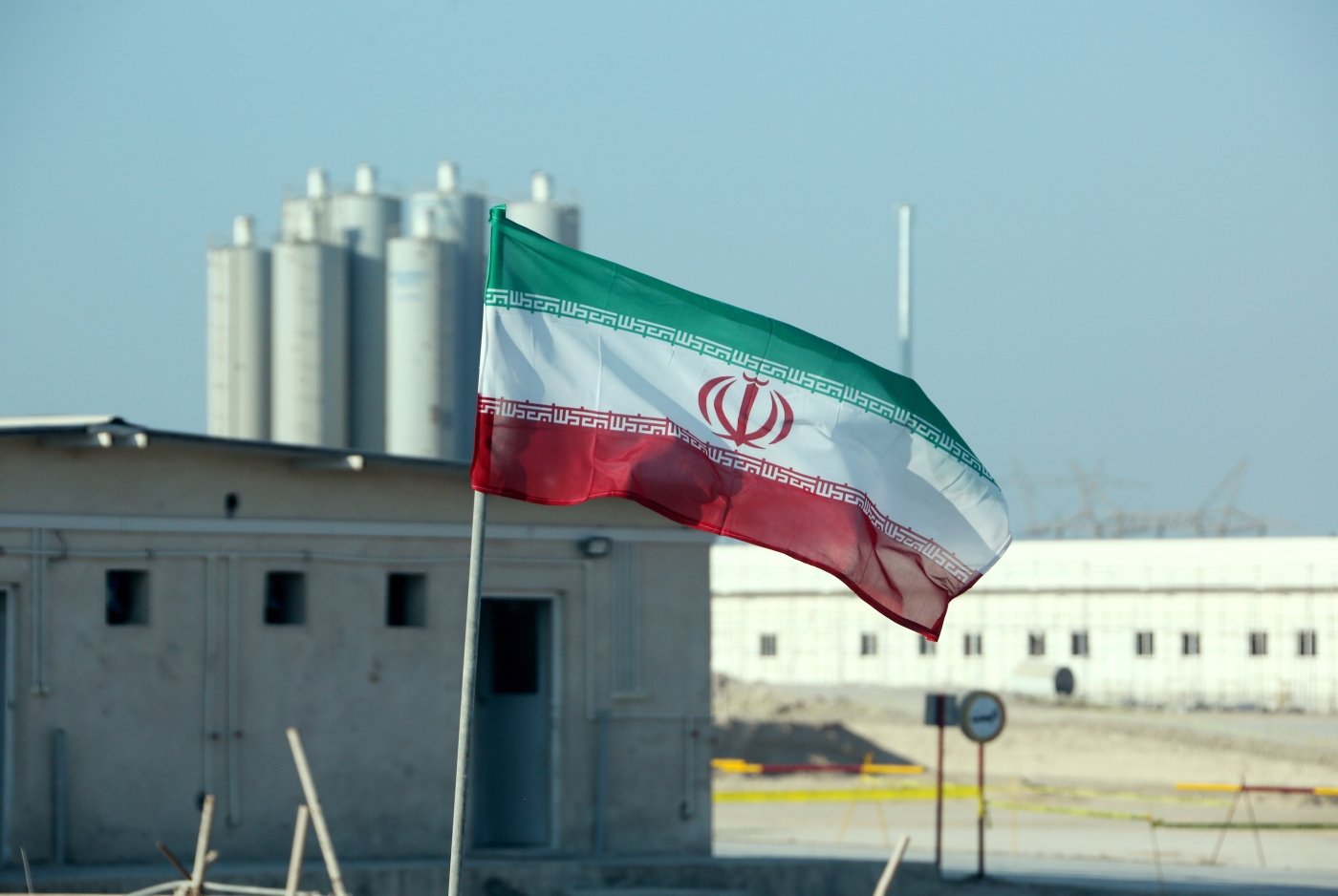 A picture taken on 10 November, 2019, shows an Iranian flag at Iran's Bushehr nuclear power plant (AFP)
By
MEE and agencies

Iranian police are investigating an explosion and fire at an industrial complex in the country's northeast, the latest in a series of incidents at infrastructure, industrial and nuclear sites across the Islamic Republic.

Local fire officials told the semi-official Mehr news agency on Monday that at least six storage tanks exploded and caught fire at a liquid gas plant in the Kavian Fariman industrial zone, south of the city of Masshad.

Javid Jahandoust, the fire chief at the industrial complex, said the fire was under control and reported no casualties. He added that local police were investigating the cause of the incident. Since late June, there have been several explosions and fires at Iranian military, nuclear and industrial facilities.

Iranian officials have referred to most of the cases as incidents or accidents, although reports have said that some of the incidents involved sabotage.

On Sunday, the official IRNA news agency reported a fire at a petrochemical facility in southwest Iran, which was blamed on an oil leak. There were no casualties reported.

Last week, an explosion in a factory near Tehran killed at least two people. The explosion came days after a fire broke out at the Natanz nuclear facility in Isfahan Province.

A Middle Eastern intelligence official with knowledge of the incident told the New York Times that contrary to the Iranian government's initial statement that it was an accident, Israel was responsible for the "powerful bomb" attack.

Israel has worked to disrupt Iran's nuclear programme in the past, including the Stuxnet cyber-attack in 2010, which targeted Iran's nuclear centrifuges and was blamed on Israel and the US.