A general view shows an Iranian national flag on top of the Iranian embassy in the Yemeni capital Sanaa on 8 January 2016. (Afp)
By
MEE correspondent

Officials in Tehran have stressed their readiness to reopen the embassy in Riyadh and restore ties with Saudi Arabia after six years of diplomatic deadlock between the two regional rivals.

Since April 2021, Tehran and Riyadh have held four rounds of negotiations in Baghdad to end the political rift between the two countries.

On Monday, Iranian foreign ministry spokesperson Saeed Khatibzadeh confirmed the news about the presence of a political delegation in the Saudi city of Jeddah to reopen Iran's representative office to the Organisation of Islamic Cooperation (OIC). "This could be a good start to reopen the embassies in two countries," Khatibzadeh said, stressing that Iran was waiting for a response from Saudi Arabia on the matters they negotiated during the four rounds of direct talks.

"The two important countries of Iran and Saudi Arabia are about to restore ties, and their embassies are getting ready to reopen. This would have a great impact on conflict de-escalation in the region," he wrote on Twitter.

Meanwhile, Iranian politicians underlined that the war in Yemen would be the main obstacle on the way for the rival countries to restore ties. Tehran and Riyadh back opposing sides in Yemen's seven-year war.

In an interview with the Jam-e Jam daily, Mohammad Reza Nouri Shahroudi, Iran's former ambassador to Saudi Arabia, tacitly confirmed that the war in Yemen had also been a part of negotiations between Iran and Saudi Arabia.

"Iran can use its capabilities in Yemen … and Saudi Arabia can get out of the Yemen crisis only if it engages in negotiations and talks," he was quoted as saying.

Outlets close to Iran's Islamic Revolutionary Guard Corps (IRGC) hailed the country's ballistic missile programme, saying that the US and European powers no longer see Iran's military development against the "spirit" of the nuclear deal.

When the US pulled out of the nuclear agreement with Iran in 2018, then-US President Donald Trump said that Iran's missile programme and support for armed groups in the region were against the "spirit" of the deal inked between Tehran and world powers in 2015, formally known as the Joint Comprehensive Plan of Action (JCPOA). "Since Ibrahim Raisi took office, Iran has continued its military and missile drills and sent warnings to Israel," the daily wrote.

"Iran continues launching satellites to space … the president speaks against the West … the 'down with USA's are in place … and our regional politics are powerfully perused, but no one speaks about violating the spirit of the JCPOA," the daily added.

Inside Iran, the Javan daily and other IRGC outlets were the leading opponents of the nuclear deal. According to that pact, Iran limited its nuclear programme to ease international sanctions on its economy.

Doubts over Russia's support of Iran

Political analysts and economists in Iran have cast doubts over Moscow's support for Tehran as President Raisi visited the Russian capital on Wednesday to finalise a 20-year agreement between the two countries.

On Tuesday, two pro-reformist dailies focused on Iran-Russia political and economic relations, warning that Moscow would sell out Iran for gains in Ukraine. Ali Bigdeli, a foreign policy analyst, told Aftab that if the West stopped pushing for Ukraine's membership in Nato, Russia in return would leave Iran alone in nuclear talks.

"The US and Russia may have reached a secret deal about Iran," the daily quoted Bigdeli as saying.

Meanwhile, the Arman daily dedicated its main headline to Tehran-Moscow relations from an economic viewpoint, under the headline: "Russians will betray Iran, will they not?"

Massoud Daneshmand, a member of the Iran Chamber of Commerce, Industries, Mines & Agriculture, told the daily that the 20-year agreement that Iran and Russia are about to sign would not have any economic benefit for Tehran.

"We had a 20-year agreement with Russia which ends this year, but the unanswered question is what help that agreement has done to Iran during the years of international sanctions?" Arman quoted Daneshmand as saying.

The economist concluded that Tehran could not even be sure of having Moscow's support if the UN Security Council decided to impose new sanctions on Iran because of its nuclear programme. 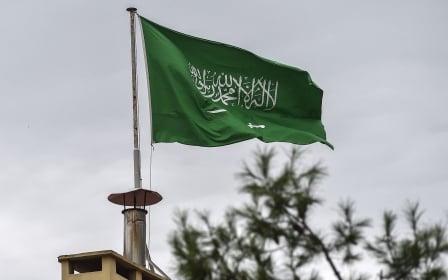 Iran Nuclear
Iran wants a sustainable nuclear deal. Only the lifting of US sanctions can achieve this
Seyed Hossein Mousavian