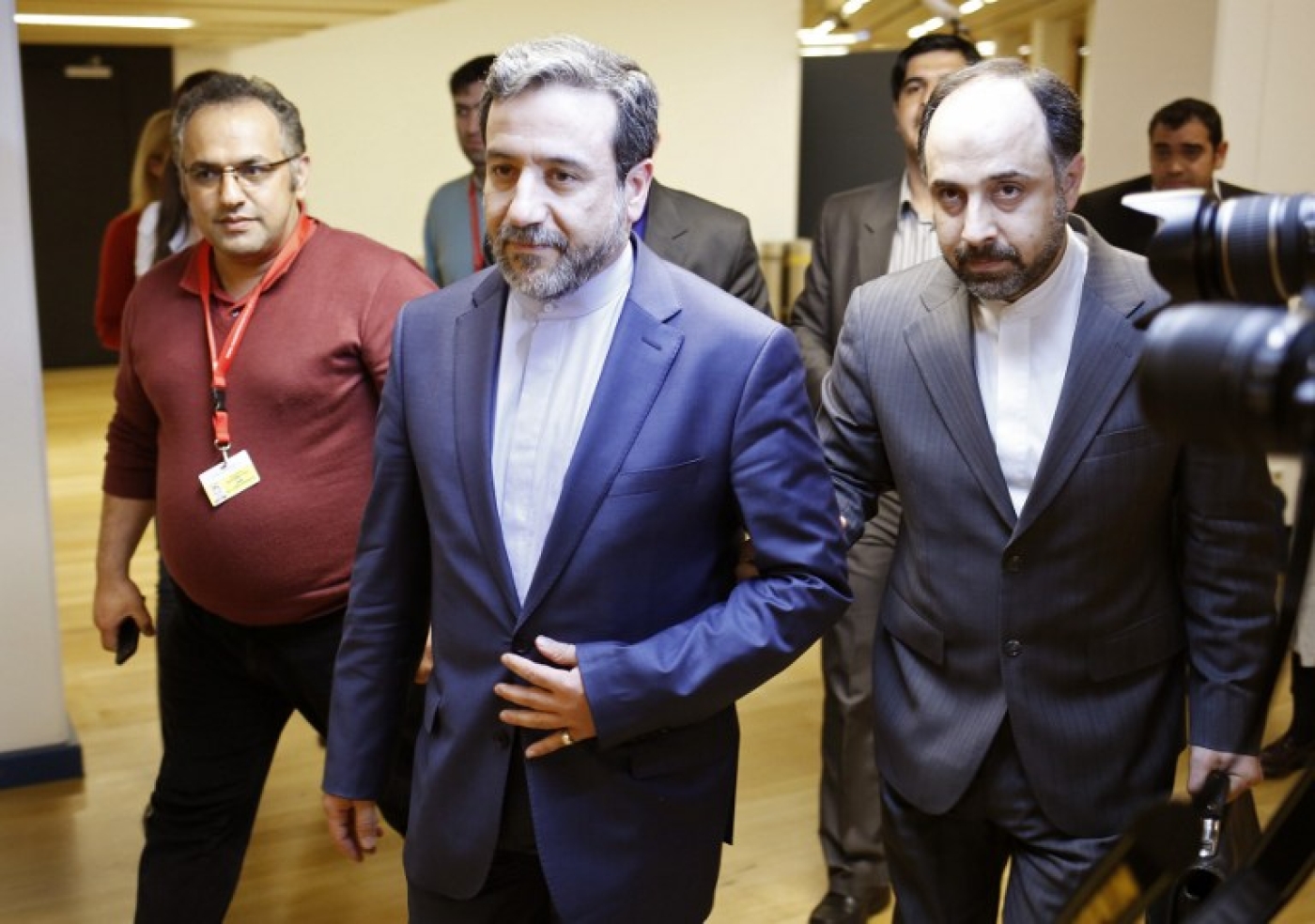 Abbas Araghchi (C), Iran's chief nuclear negotiator after talks between the P5+1 on 16 May (AFP)
By
MEE and agencies

Iran's chief negotiator said Sunday that direct talks agreed between Tehran and Washington are essential as discussions on his country's disputed nuclear programme are entering a "serious phase".

The two countries will hold their first full-scale bilateral talks in decades on Monday and Tuesday, an unprecedented move toward securing a comprehensive nuclear deal between Iran and the West.

Iranian officials will then hold discussions with Russia in Rome on Wednesday and Thursday.

The Iranian foreign ministry said it was "working to arrange" other bilateral meetings with members of the P5+1 group - Britain, China, France, Russia, the US and Germany - before the powers meet in Vienna from 16-20 June.

The talks are aimed at securing a comprehensive agreement on the Islamic republic's nuclear programme, which the west says is aimed at developing weapons, ahead of a 20 July deadline imposed under an interim deal agreed last November.

In return, Iran wants an end to wide-ranging economic sanctions, imposed as punishment for its atomic programme and resisting extensive international inspections that devastated its economy.

"We have always had bilateral discussions with the United States in the margin of the P5+1 group discussions, but since the talks have entered a serious phase, we want to have separate consultations," said Abbas Araqchi, Iran's chief negotiator in comments reported by state news agency IRNA.

"Most of the sanctions were imposed by the US and other countries from the P5+1 group were not involved," he added.

Araqchi said the talks with the US in Geneva will only address the nuclear issue, referring to Iran's ballistic missile programme that Washington had hoped to include in negotiations.

A senior US administration official said the talks "will give us a timely opportunity to exchange views in the context of the next P5+ 1 round in Vienna".

The US delegation will be led by Deputy Secretary of State Bill Burns and Jake Sullivan, a White House adviser, previously part of a team whose months of secret talks in Oman brought Iran back to the P5+1 negotiating table last year.

Araqchi welcomed Burns's presence, saying he hoped it would be "as positive during these negotiations".

After decades of hostility, Iran and the US made the first tentative steps towards rapprochement after the election of self-declared moderate Hassan Rouhani as president last June.

Rouhani called his US counterpart Barack Obama shortly after he took office, which was followed by a meeting between Secretary of State John Kerry and Foreign Minister Mohammad Javad Zarif.