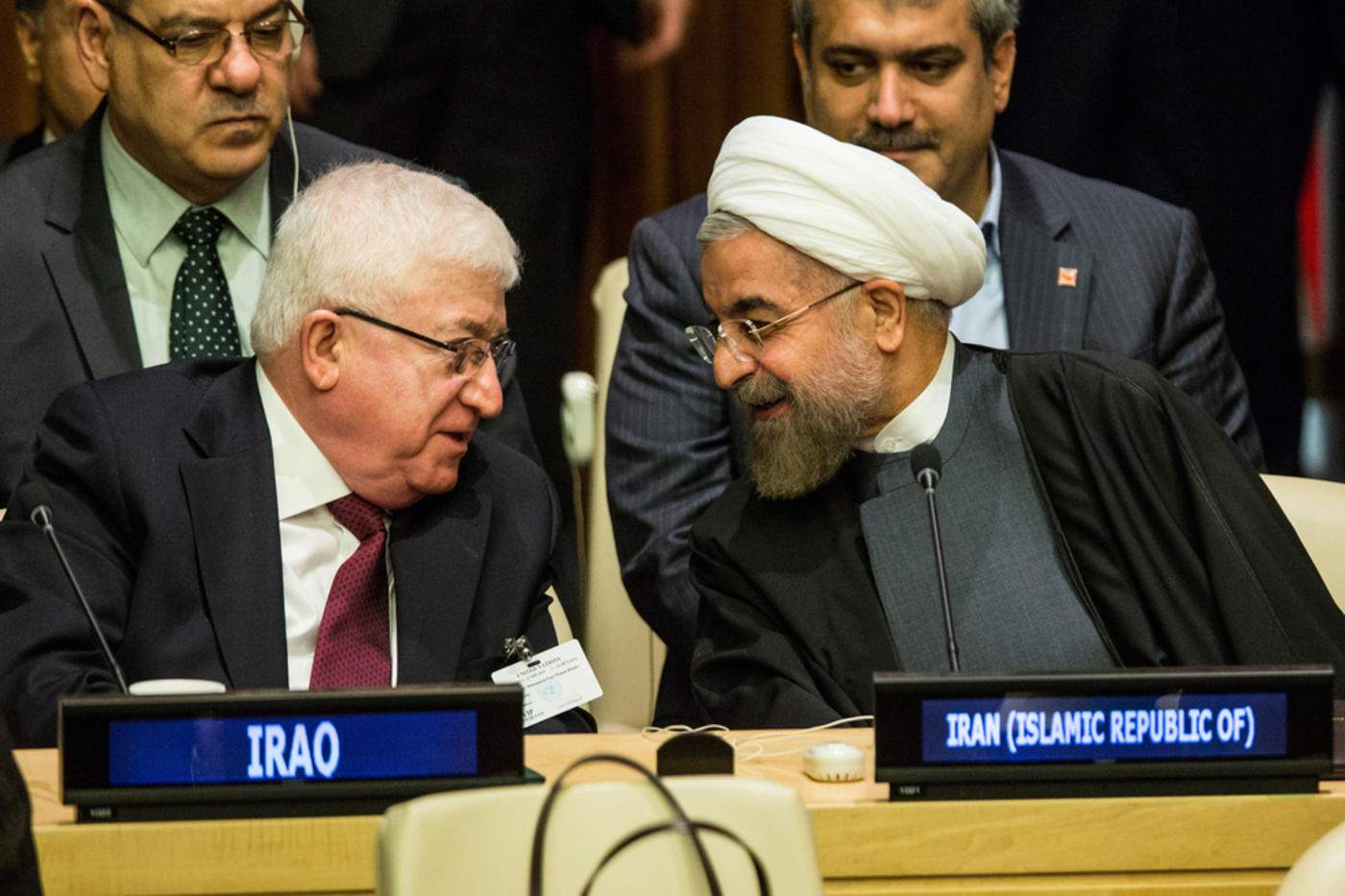 Iran produces about 2.8mn barrels of oil per day (AFP)
By
MEE and agencies

Oil Minister Bijan Zanganeh opened a two-day conference in the capital attended by BP, Shell, Total of France, ENI of Italy, Repsol of Spain, OMV from Austria and other major oil and gas companies.

The new investments are part of the sanctions relief related to the nuclear deal between Iran and major Wester powers. The sanctions are expected to be lifted in early 2016.

The new Iran Petroleum Contract will replace "buy-back" agreements in which foreign companies were paid a set price for all oil and gas they helped Iran to exploit. Iran at that point took over production.

The new contract will instead launch joint ventures for crude oil and gas production, with international companies being paid a share of the total output, officials said.

The Iranian partner in a joint venture must have a majority stake of at least 51 percent.

Zanganeh said consultations with international companies led to the new contracts, which would initially be four years in length at the exploration phase, extendible for a further two years.

Iran will have between five and seven years to pay back initial sums invested by the foreign companies once production starts, but cooperation and development in commercially viable fields could go on as long as 25 years, officials said.

"The contract models introduced today are not perfect or ideal, but an effective and responsive model for both sides," Zanganeh said, noting that $25 billion of foreign investment would constitute "success".

“Like any other human creation it may need amendment and development," he said of the new contract.

Iran has the world's fourth-largest oil and second-largest proven gas reserves, but its energy industry has been underdeveloped since the Islamic Revolution in 1979.

No US companies present

Asked why no US companies attended Saturday's event, Zanganeh said there was no bar on them considering Iran's energy market but American firms were put off because sanctions are still in place.

"The atmosphere and climate is ready for the presence of these companies in development of Iran's oil industry, but they themselves have problems for being present in Iran," he said.

Iran is scheduled in February to hold a conference in London regarding investment and the new contracts which, if sanctions have by then been lifted, could attract US energy giants.

An oil embargo imposed in 2012 by the US and European Union as punishment for Iran's disputed nuclear programme - it denies ever seeking to develop a bomb - severely damaged Tehran's energy industry and sales income.

Stephane Michel, president of exploration and production for Total in the Middle East and North Africa, described the contract and project offers as an "important milestone" for Iran but said further analysis was needed before any deal.

"We need to look at what was presented to better understand how it's going to work and to make up our mind," he said. "But it's good to be able to do that now, based on facts.

"It's complex, and we need to study first the length of the contracts and second who the partners would be, both in development and operations."

Iran produces about 2.8mn barrels of oil per day, compared to 4.0 million bpd in 2011, following US and other Western pressure on buyers to steer clear of the country.

The nuclear deal, however, has paved the way for new tie-ups and 152 international companies were at Saturday's event, organisers said, along with 183 Iranian firms.

Despite low crude prices, Iran is intent on reclaiming lost market share and has pledged to increase output by 500,000 bpd once sanctions are lifted, independent of OPEC guidance.

Iran's regional rival Saudi Arabia has refused to cut its output despite crude prices falling steeply in the past year.