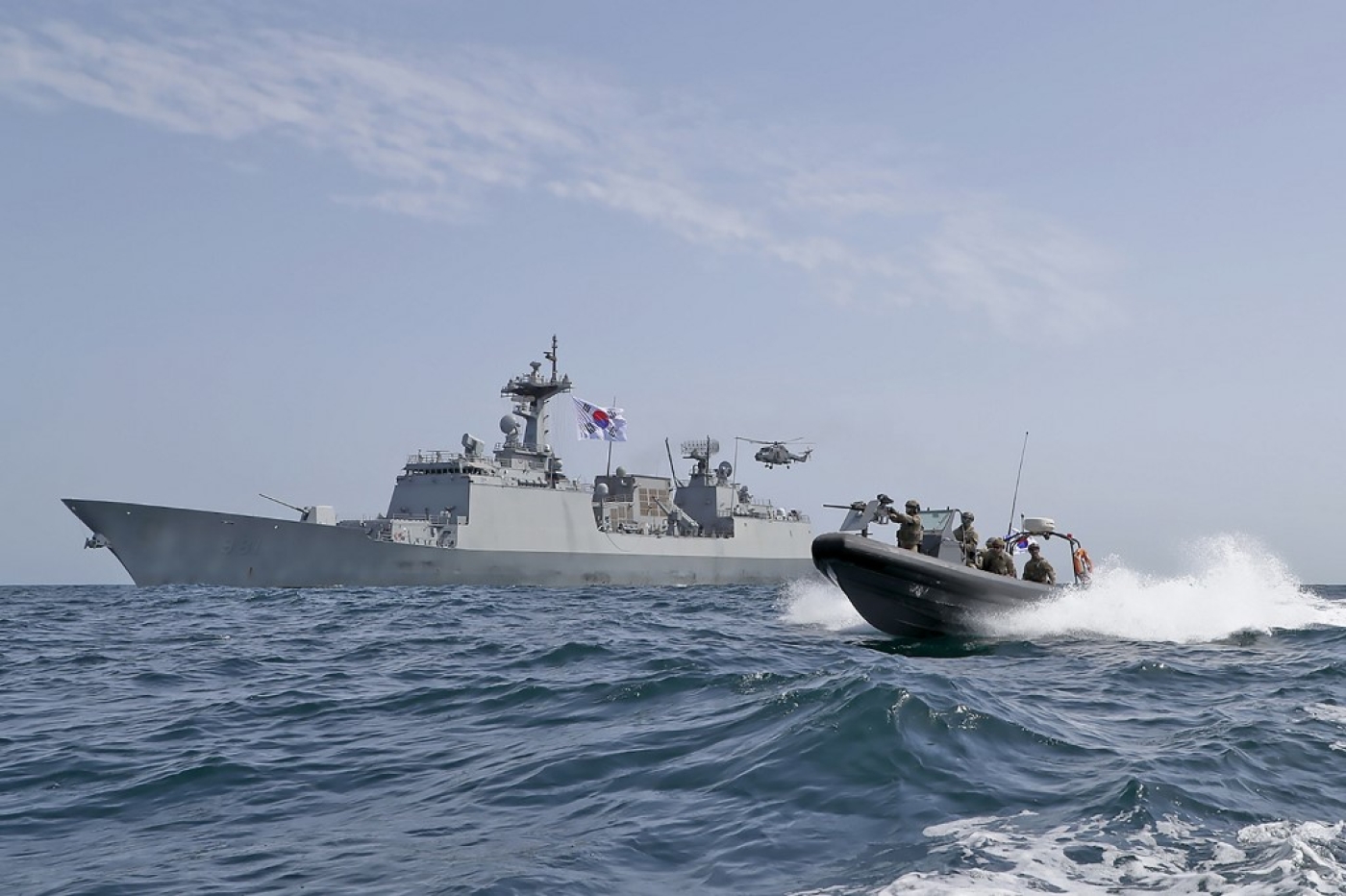 The Choi Young, a South Korea destroyer carrying members of the Cheonghae anti-piracy unit, arrived near the Strait of Hormuz, which borders Iran, on Tuesday (AFP)
By
MEE and agencies

A South Korean delegation was dispatched to Iran on Wednesday to seek the release of an oil tanker and its 20 crew members, which was seized on Monday by Iranian naval forces.

Iran seized the South Korean-registered Hankuk Chemi in Gulf waters as tensions mounted between the two countries over Iranian funds frozen in South Korean banks due to US sanctions.

Abdolnaser Hemmati, the governor of the Central Bank of Iran, said Tehran had "$7bn of deposits in South Korea" that can neither "be transferred nor do we get any returns on, while they ask us for the costs" of holding the funds. Iran denied on Tuesday it was using the ship and its crew as hostages, saying that the Hankuk Chemi, which was carrying 7,200 tonnes of ethanol, had infringed maritime environmental laws.

Iranian state TV reported that Iran's Islamic Revolutionary Guard Corps (IRGC) had captured the vessel because it was allegedly polluting the Gulf with chemicals.

Tasnim said the vessel had been taken to the Iranian port city of Bandar Abbas and that its crew - which included nationals from South Korea, Indonesia, Vietnam and Myanmar - had been arrested.

Japan had issued this week a warning to its Japanese shippers to employ extra cautionary measures while operating in the Gulf.

The Choi Young, a South Korea destroyer carrying members of the Cheonghae anti-piracy unit, arrived near the Strait of Hormuz, which borders Iran, on Tuesday.

Seoul said that it had 300 members of the unit operating in the region since last year, but “would not engage in [an] offensive operation… The unit is focused on the safety of our people who use the waterway after the seizure incident," AFP reported.

Tensions in the Gulf have increased over the past week, near the one-year anniversary of the deadly US strike on Qassem Soleimani, a top Iranian general. On Sunday, the country announced that it had resumed uranium enrichment at pre-nuclear-deal levels of 20 percent.

Soleimani, the leader of the IRGC's Quds Force, was killed in a US drone strike in Iraq on 3 January 2020 along with the deputy leader of Iraq's Hashd al-Shaabi militia, Abu Mahdi al-Mohandis.

Washington had accused Soleimani of masterminding attacks by Iranian-aligned militias on US forces in the region.