Iran talks to continue into Wednesday, say US officials

As the deadline for an agreement on a framework looked to pass, US officials say talks will continue into Wednesday 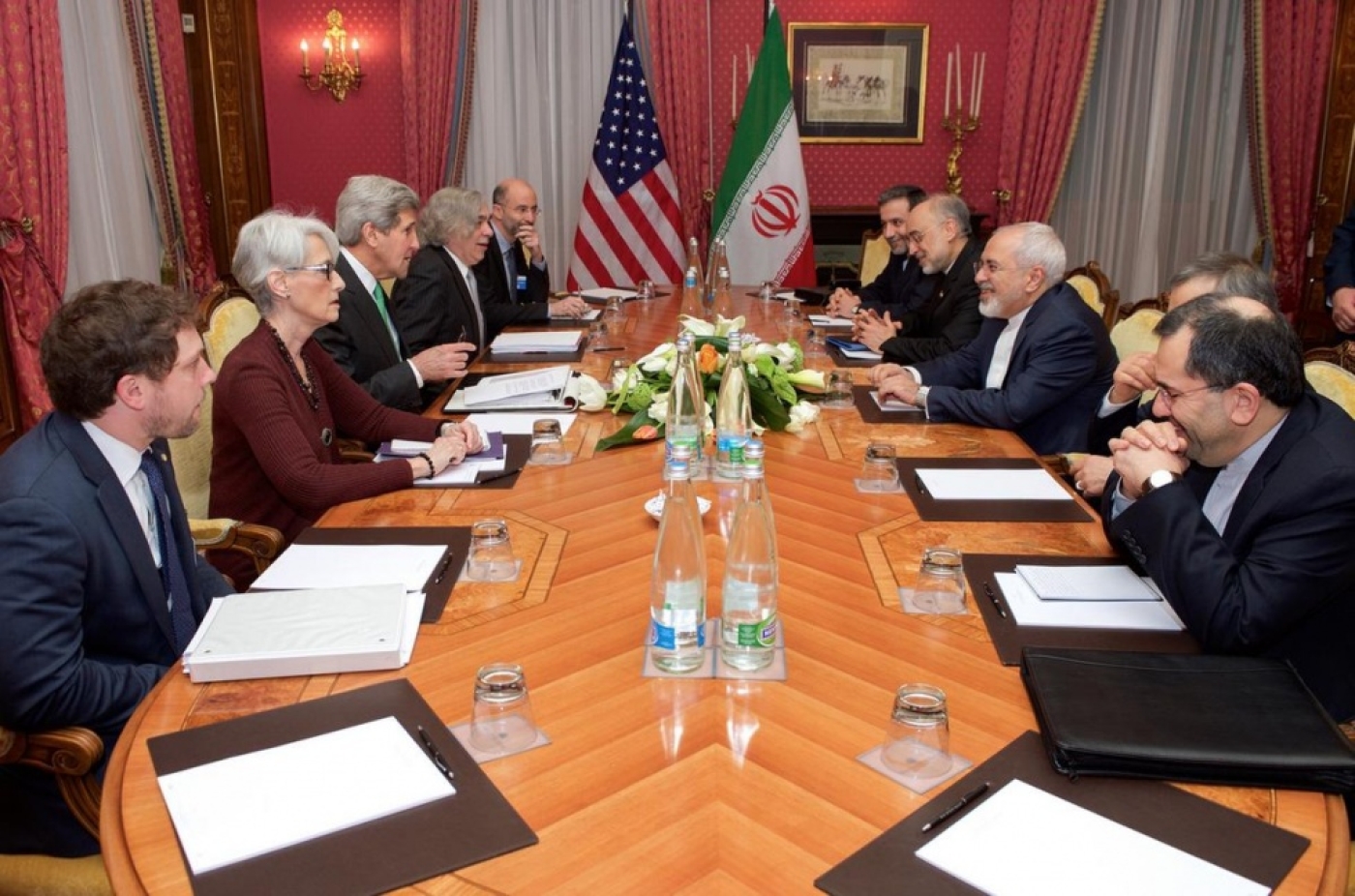 Just hours shy of the midnight deadling for Iranian nuclear negotiations taking place in Lausanne, US officials have announced the talks will continue into Wednesday.

The negotiations to reach a deal with Iran on curtailing its nuclear programme will continue after making progress, State Department spokeswoman Marie Harf said.

"We've made enough progress in the last days to merit staying until Wednesday. There are several difficult issues still remaining,"‎ Harf said in a statement.

Continuing past their deadline, White House press secretary Josh Earnest indicated that the sides are working to produce the outline of an agreement which will reference areas that require further talks, Associated Press reported.

"If we are making progress toward the finish line," Earnest was reported as saying, "then we should keep going."

Foreign Ministers from the P5+1 - comprising the US, UK, France, China, Russia and Germany - and Iranian Foreign Minister Mohammad Javad Zarif have been participating in the talks over recent days. EU foreign policy Chief Federica Mogherini has also been present.

US Secretary of State John Kerry said there had been "a little more light" on Monday, "but there are still some tricky issues. Everyone knows the meaning of tomorrow".

China's Foreign Minister Wang Yi said on Monday that the "marathon-like" negotiations had entered the final stage and that he was "cautiously optimistic".

The differences between the parties were narrowing, he said.

Progress has been made on steps to curb and monitor Iran's production of enriched uranium, which can be used to make the core of a nuclear warhead.

Although the six global powers are closer than they have ever been to resolving the longstanding tensions over Iran's nuclear programme, substantive differences remain, particularly with regard to the pace of sanctions relief and the nature of restrictions on Iran's nuclear research and development.

Ministers aim to agree on a political framework agreement by Tuesday night that would lead to a final and comprehensive accord by 30 June. It is unclear however as to what would happen if a broad agreement is not reached.

Several experts approached by MEE have refrained from speculating on the results of the negotiations, preferring to comment after the deadline passes.

Senior Iranian negotiator Abbas Araqchi told Iranian TV that he was "hopeful" about a deal, but that ministers were not in a position to say whether they were close to resolving all of the issues, according to the BBC.

Iranian and Western officials have said that a deal is possible, but after almost 18 months of negotiations, several sticking points are still believed to remain.

According to various reports, there are three major outstanding issues. First, while Iran wants the length of the restrictions on its nuclear activities removed completely after 10 years, the P5+1 says restrictions should be removed progressively over the following five years.

Secondly, Iran wants the UN sanctions suspended soon after an agreement. The P5+1 says they should be eased in a phased manner, with restrictions on imports of nuclear-related technology remaining for years.

Finally, the US and its European allies want a mechanism that would allow suspended UN sanctions to be put back into effect rapidly if Iran reneges on a deal. Russia reportedly accepts this, but wants to ensure its Security Council veto rights are protected

"We must take precautions to ensure that what happens after the 10 years expire really is verifiable and transparent," said German Foreign Minister Frank-Walter Steinmeier. "We cannot allow there to be a really explosive development after 10 years."

Adding to the list of issues to be resolved, Iran's lead negotiator has ruled out sending its existing stockpile of nuclear fuel abroad, one of the steps demanded by the P5+1. Diplomacy
Joint Arab force seen as 'aspiration rather than reality'