Despite rhetoric from Tehran and Washington, analysts say Iran is unlikely to begin major purchases of weaponry if restrictions are lifted 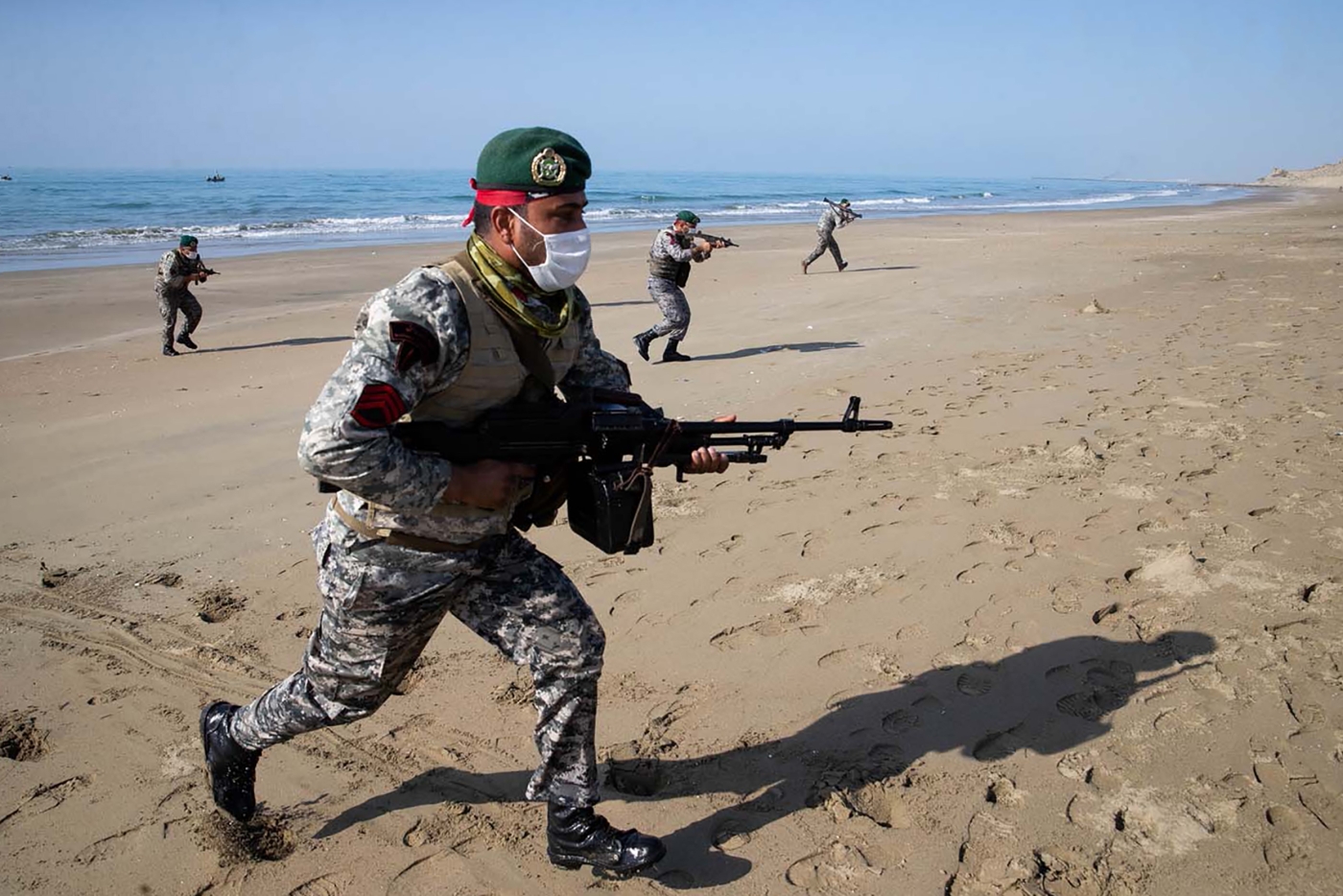 Iranian soldiers during a military exercise in the Gulf, near the strait of Hormuz in southern Iran (AFP)
By
Maysam Bizaer

Since Washington’s unilateral withdrawal from the international nuclear deal with Iran in 2018, US President Donald Trump's administration has waged a diplomatic offensive to extend the international arms embargo against the Islamic Republic, due to expire on 18 October.

In July 2007, amid heightened tensions between the West and Tehran over its nuclear programme, Iran had been sanctioned by United Nations Security Council Resolution 2231, under which it was subject to arms-related restrictions.

Iran's allies Russia and China, along with 13 other UN Security Council members, had voted in favour of the resolution.

However, under the Joint Comprehensive Plan of Action (JCPOA) nuclear agreement that was reached in July 2015 by the UN Security Council, all parties, including the US, agreed that the embargo would expire in five years' time. Will the US trigger 'snapback' of UN sanctions on Iran?
Read More »

Washington has so far failed to rally support against Iran within the international community - last month, the country had been overwhelmingly defeated at the UN in its attempts to reintroduce sanctions.

“It is for the first time that the Americans propose a resolution in the Security Council and only a small island country [the Dominican Republic] votes for it, which is a sign of America’s isolation in this field,” Iranian President Hassan Rouhani said on 15 August.

Meanwhile, Iran has dragged the US in front of the International Court of Justice over the sanctions in place since 2018. In a hearing on Monday, US lawyers called for the case to be dismissed, arguing that the Hague-based tribunal did not have jurisdiction in the case and accusing Iran of abusing the 65-year-old Treaty of Amity, Economic Relations and Consular Rights to try to get sanctions relief for its struggling economy.

Iran will have the chance to answer on Wednesday, with hearings lasting until next Monday.

With the expiration date of the JCPOA in sight, a recent visit by Iran’s Defence Minister Amir Hatami to Moscow was seen by many in the West as heralding possible plans to negotiate an arms deal with Russia.

In a briefing on 29 April, US Secretary of State Mike Pompeo warned that countries such as Russia and China would take advantage of the embargo ending.

“It’s now just several months out where China, Russia [and] other countries from around the world can all sell significant conventional weapons systems to the Iranians in October of this year,” he warned.

However, a political expert in Tehran, who spoke to Middle East Eye on the condition of anonymity, said that the expiration of Iran’s arms embargo may yet be temporary.

“Despite bilateral tensions, Beijing is still trying to stabilise its overall relationship with Washington and therefore is likely to avoid provoking Washington by making major arms sales to Tehran,” said Tong Zhao, a senior fellow at the Carnegie–Tsinghua Centre for Global Policy.

He added that growing US-China rivalry also made China more sensitive about its image in the eyes of the international community, meaning that it could “refrain” from selling controversial arms sales to Tehran in order to be perceived as a “responsible great power”.

'Despite bilateral tensions, Beijing is still trying to stabilise its overall relationship with Washington and therefore is likely to avoid provoking Washington by making major arms sales to Tehran'

Diako Hosseini, director of the World Studies Programme at the Centre for Strategic Studies in Tehran, also rejected Washington’s claim, arguing that it would be "simplistic and deceitful to believe China and Russia's increasing influence [in the Middle East] is dependent on selling weapons to Iran”.

He pointed out that the countries had always sold more weapons to Iran's rivals than Tehran itself, as a means of “keeping the balance of power in the Middle East", something just as important to Moscow and Beijing as it was for western countries.

Iran has been under array of crippling US-led sanctions since the Islamic Revolution in 1979. In order to make up for its military shortcomings and in the absence of a reliable supplier, Tehran has built up its own military industry over the past decades.

Despite major shortcomings in some areas, Iran is considered to have a well-established defence industry, making it independent for much of its light military needs.

Expanding its regional influence over the past decade, Iran is believed to to have developed the largest and most diverse missile arsenal in the region.

But Iran’s capacities are not limited to missiles only. It also produces its own tanks, armoured personnel carriers, fighter jets, submarines and a large variety of unmanned aerial vehicles (UAVs).

Despite these advances, many Iranian officials have already expressed plans for the post-sanction era.

Last November, Rouhani indicated that the Islamic Republic intended to take full advantage of any relaxation in the terms of the arms embargo to rebuild his country’s depleted weapons arsenal.

“When the embargo is lifted next year, we can easily buy and sell weapons. This is one of those important impacts of this [nuclear] agreement,” he said.

However, despite the political boasting by Washington and Tehran, realities on the ground indicate that Iran lacks the ability to import large volumes of advanced military goods on the kind of scale suggested by Israeli and US officials.

US secondary sanctions against Iran, Tehran’s ailing economy and a major shortfall in government income as a result of series of US-led sanctions on Iranian oil exports have all contributed to restricting the country's purchasing power.

According to Zhao: “Iran cares more about its perceived legal right to buy arms than how many new weapon systems it will actually start buying.”

'When the embargo is lifted next year, we can easily buy and sell weapons. This is one of those important impacts of this [nuclear] agreement'

He added that the financial and international political constraints that Iran faced “probably makes a giant spending spree on advanced weapons [by Iran] less likely than what the United States worries about”.

Some experts have also suggested that Iran could use the new opportunity to import much-needed technologies and parts to boost its homegrown military industry, rather than importing the actual military goods.

While experts like Hosseini believe “the Trump administration exaggerates about the consequences of lifting the arms embargo” in order to provoke Iran to quit the JCPOA before the US presidential election, the anonymous Tehran political analyst believed that the current European disagreement with Washington on extending the Iranian arms embargo was designed to keep Tehran in the half-dead nuclear agreement.

“Once the sanctions are lifted, Washington, Israel and Europe will all be waiting for a single event, or may even be planning to set up a plot against Iran, to catch it red-handed for supporting a spurious group and reimpose a fresh and yet more inclusive arms embargo against it," the analyst predicted. Iran Nuclear
Will the US trigger 'snapback' of UN sanctions on Iran?
David Morrison