During visit to Berlin, Mohammad Javad Zarif said: 'One day it's Iran, today it's Qatar' 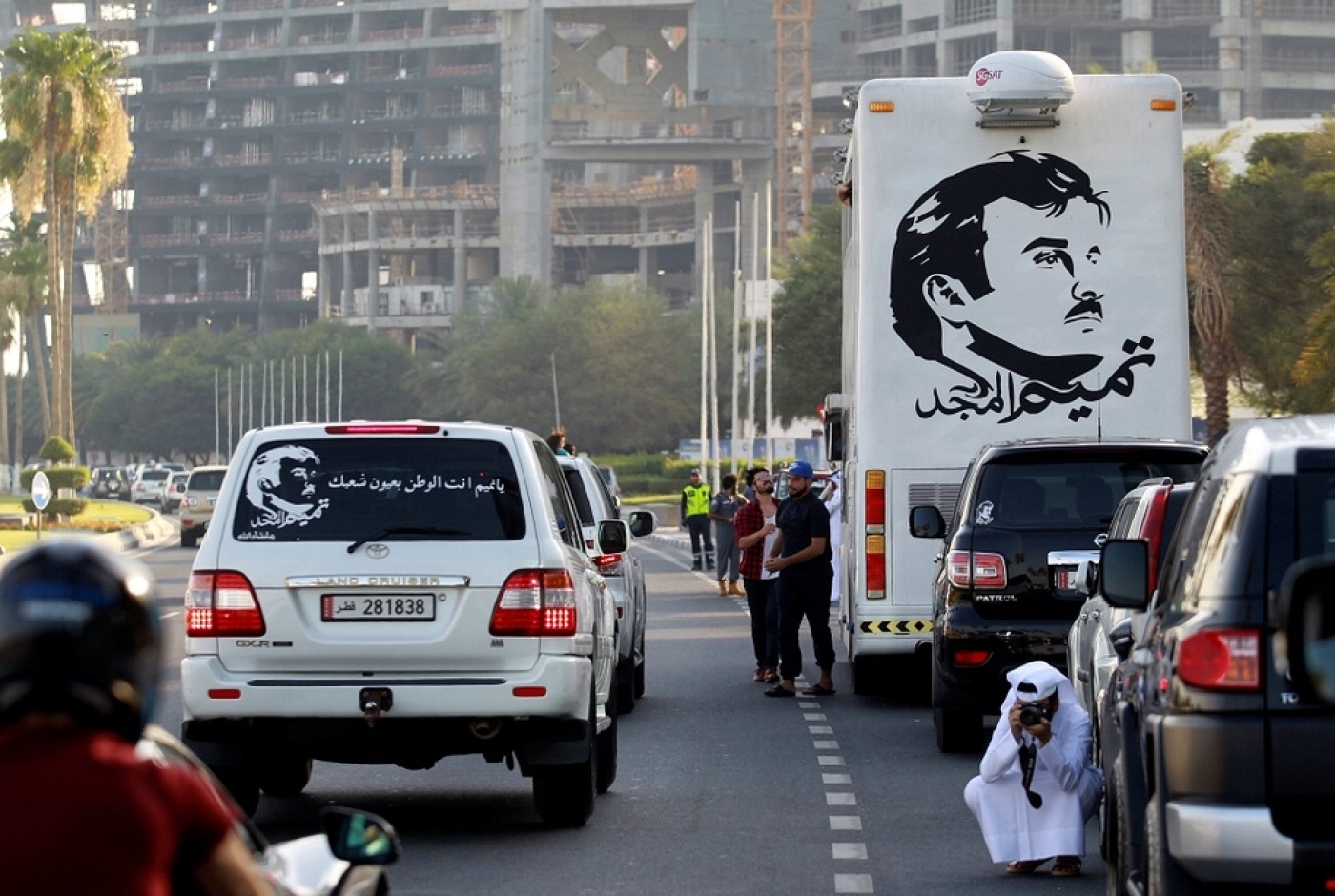 A poster of the emir of Qatar, Sheikh Hamad, on a car in Doha (Reuters)
By
Reuters

Iran's foreign minister, Mohammad Javad Zarif, called on Monday for Europe to use its influence to defuse tensions in the Gulf where Saudi Arabia and its allies have cut ties with Qatar.

Iran's President Hassan Rouhani has voiced support for Qatar in its confrontation with Saudi Arabia, the United Arab Emirates, Egypt and Bahrain who accuse Qatar of supporting Islamist militants, an allegation Qatar denies.

Mainly Shia Iran and Sunni majority Saudia Arabia have long been at loggerheads over religion and political influence across the Middle East.

In a speech in the German capital, Zarif said the countries who blamed Iran or Qatar for terrorism were trying to avoid taking responsibility for their own failures in addressing the demands of their own people.

"One day it's Iran, today it's Qatar," he said. "It's an attempt to evade responsibility, escape accountability for this very fundamental ... failure of the state system to address, to respond to the demands of its populace."

"The countries in the region suffer from faults in infrastructures and lack of harmony in population and wealth; these states have been unable to meet the needs of their societies," he added.

Zarif argued for a new regional dialogue forum for the Gulf countries and called for an end to the armaments spiral in the region, which he said influenced some Western countries' relations with states in the region.

"When foreign policy becomes a commodity, then purchasing military equipment becomes your yardstick for measuring who is a terrorist or who isn't a terrorist," he said.

"Tehran stands with the Qatari nation and government... We believe that if there is a conflict between regional countries, pressure, threats or sanctions are not the right way to resolve differences," IRNA quoted Rouhani as telling Qatar's emir, Sheikh Tamim bin Hamad al-Thani, in a telephone call.

"The siege of Qatar is unacceptable to us... The airspace, land and sea of our country will always be open to Qatar as a brotherly and neighbouring country," Rouhani said.