The sacking, the latest in a shakeup of top economic personnel, comes amid a sharp fall in the rial and a deteriorating economy 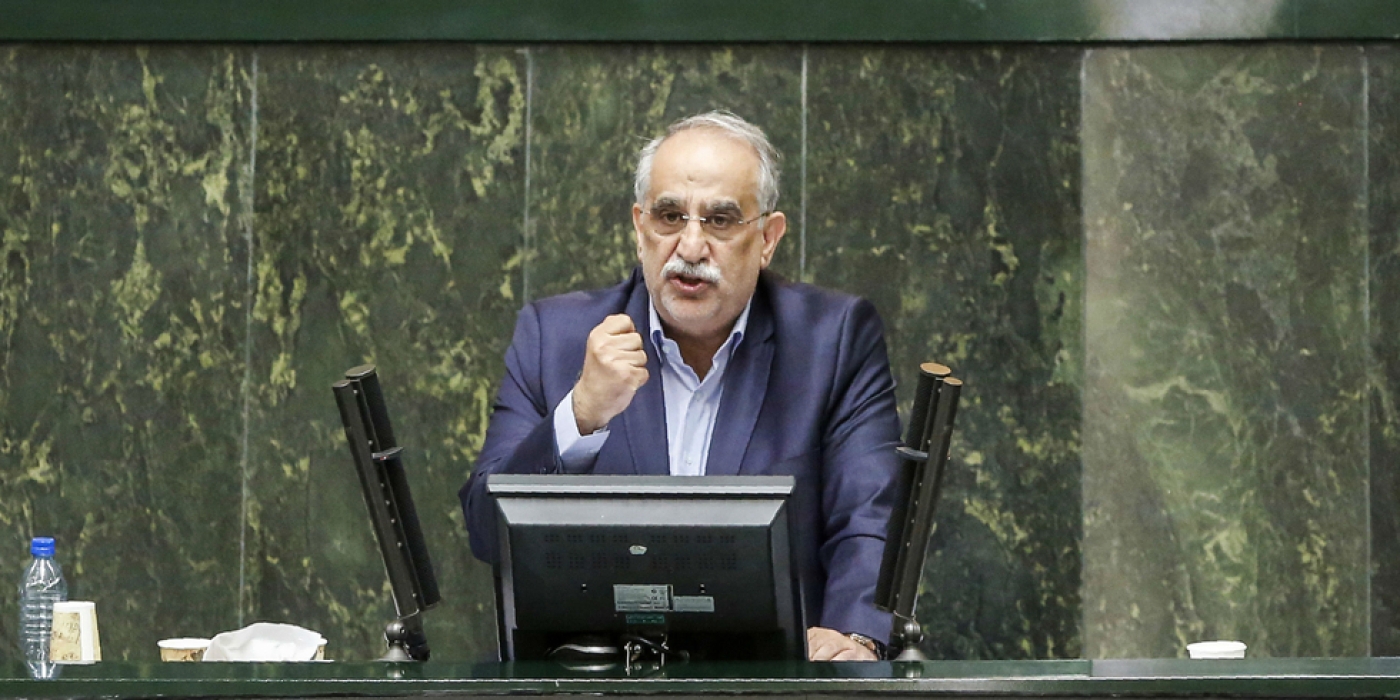 The assembly backed the removal from office of Masoud Karbasian, minister of finance and economic affairs, by 137 votes to 121 against (AFP)
By
MEE and agencies

Iran's parliament has sacked the minister of economic affairs and finance amid a sharp fall in the rial currency and a deterioration in the economic situation.

The assembly backed the removal from office of Masoud Karbasian by 137 votes to 121 against, state media said on Sunday.

The Iranian economy is dogged by high unemployment and the rial has lost half its value since April.

The United States reimposed some sanctions in early August and a second set targeting Iran's oil industry is due to take effect in November.

The head of the elite Revolutionary Guards said Iran faced "unique" challenges and the foreign minister accused the US of waging "psychological war" on his country.

'The poor will suffer most': Anxiety spreads in Iran over renewed US sanctions
Read More »

A group of 33 MPs signed a motion accusing the minister of being incapable of managing the economy or forming and implementing policies.

The sacking was the latest in a continuing shakeup of top economic personnel.

In early August, Iranian MPs voted out the minister of labour and last month President Hassan Rouhani replaced the head of the central bank.

The US sanctions, reimposed after President Donald Trump pulled Washington out of a 2015 international deal aimed at curbing Tehran's nuclear programme, have exacerbated an already difficult economic situation in Iran.

"[America's] focus is on a psychological war against Iran and its business partners," Foreign Minister Mohammad Javad Zarif said on Sunday, according to the Tasnim news agency.

"From the time that Trump announced the withdrawal from the nuclear deal, America has not been able to reach its goals," Zarif added, according to the Iranian Students' News Agency (ISNA).

Other parties to the 2015 accord - China, Russia, Germany, Britain and France - are trying to salvage the deal, which lifted some economic sanctions against Iran in return for curbs on Tehran's nuclear programme.

However, their companies now face the risk of US penalties if they do business with Iran.

Washington also wants Tehran to end its support for armed groups in Syria, Iraq and Yemen.

Protests linked to the tough economic situation in Iran began last December, spreading to more than 80 cities and towns and resulting in 25 deaths, the Reuters news agency reported.

Sporadic demonstrations, led by truck drivers, farmers and merchants in Tehran's bazaar, have continued regularly since then and have occasionally resulted in violent confrontations with security forces.

Major General Ali Jafari, the head of Iran's elite Revolutionary Guards, said on Sunday that Iran was facing a "unique, complicated and sensitive" situation, with both external and internal threats to its security, Tasnim reported.

The US withdrawal from the nuclear deal has undermined Rouhani, a relative pragmatist, and emboldened his hardline opponents who always opposed any compromises with Washington.

"There are some in the country who, instead of laying the groundwork for using the opportunities presented by the nuclear deal, chose a political fight," Zarif said, according to ISNA.

"And this political fight led to despair and disappointment."