Meanwhile, the mother of a protester killed in 2009 was sentenced to one year in prison, and Rouhani's brother was given a five-year prison term for corruption 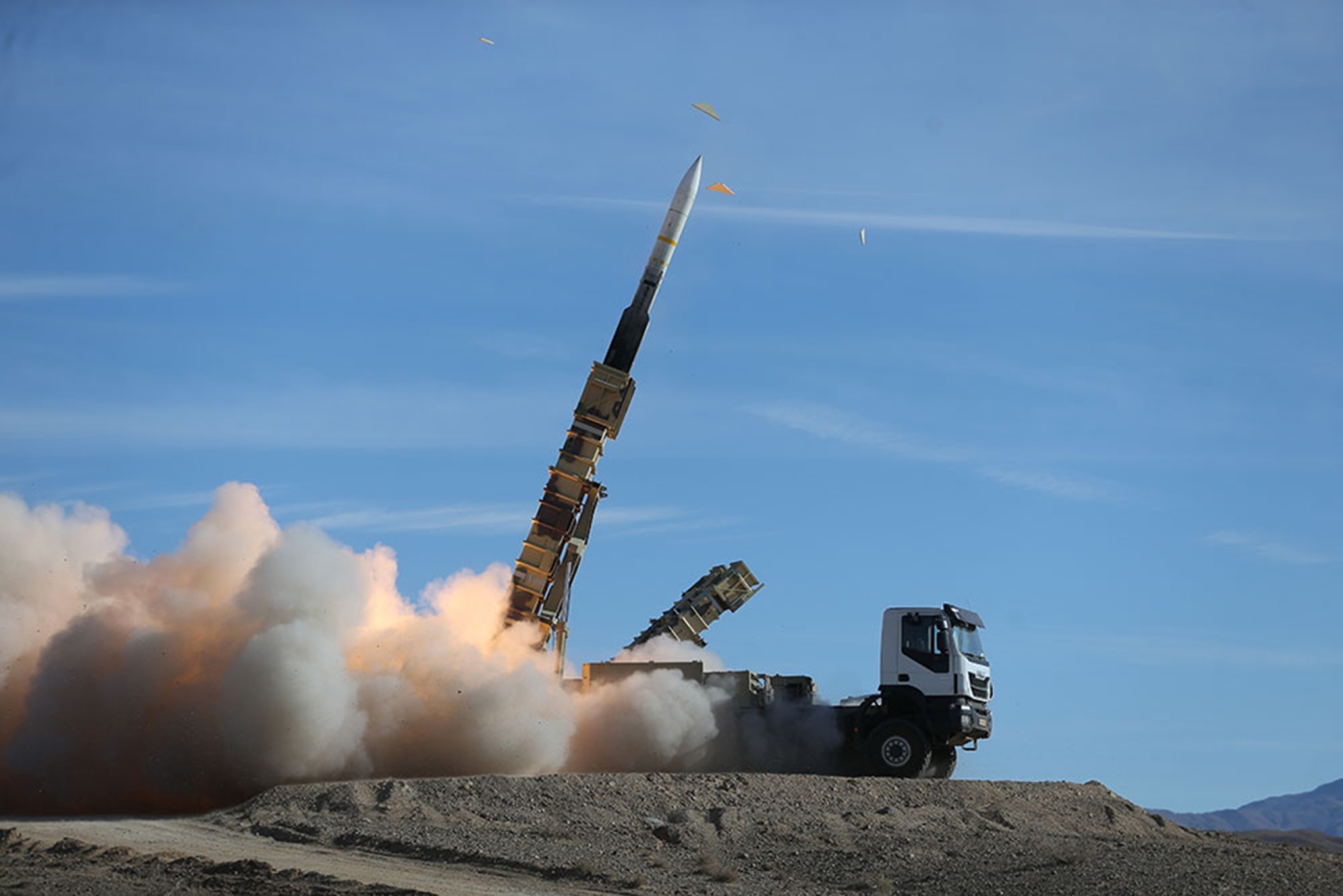 This picture made available by the Iranian Army office on 5 Nov. 2018 reportedly shows a Sayad missile from the Talash missile system during an air defence drill at an undisclosed Iranian location (AFP)
By
MEE correspondent

No pause in underground bases since the '80s, says IRGC

“We have kept building underground missile cities around the clock, and at the heart of the mountains and the earth we have created a sophisticated network of tunnels for ammunition and missiles,” Amir Ali Hajizadeh was quoted as saying.

Iran has been under international pressure to give up on its missile programme, yet according to the country’s leadership, the development of ballistic missiles is the only way they can defend themselves, as four decades of sanctions have not permitted them to modernise their air force.

Iran has also attempted to send satellites into orbit, but the most recent launch in August failed. Some commentators doubt Iran’s real missile capabilities and believe it uses its missile programme as a propaganda campaign to deter attacks on its interests in the region.

Mother of 2009 slain protester sentenced to one year

An appeals court has sentenced the mother of a protester killed in 2009 to one year in prison, plus a two-year ban from political activities and travelling abroad, her daughter wrote on Twitter.

Shahnaz Akmali and her lawyer were not present when the court convicted her of “propaganda against the system”.

Akmali has been an outspoken critic of the Iranian authorities’ suppressive measures ever since her son, Mostafa Karimbeigi, was shot in the head during demonstrations against the disputed victory of Mahmoud Ahmadinejad in the presidential election of 2009.

She was arrested at a demonstration in Tehran in 2017 and released on bail a month later.

Akmali’s daughter, Maryam Karimbaigi, wrote on Twitter: “It’s not a big demand to ask to put the killer of my brother in prison, instead of my mother who has been seeking justice.”

Mohammad Karimbeigi, Akmali’s husband, also condemned the court’s decision in an Instagram post: “You can understand the meaning of justice in the Islamic Republic. They gun down a family's son. They break his gravestone. They take the mother to prison because she was seeking justice and they threaten the family that their house will be set on fire. Our silence today will be seen as shameful in the future. We won’t stay silent.”

Iran connects to Syria through Al-Qaim border crossing in Iraq

Iranian authorities have praised the reopening of Al-Qaim crossing on the Syria-Iraqi border as an official crossing that provides land access between Iran and Syria through Iraq.

On Monday, the opening of Al-Qaim crossing, which was closed in 2012, took place during a ceremony attended by Iraqi and Syrian officials. The United States has raised concerns about the move and considers it an opportunity for Iran to provide further backing to the Syrian government.

Reporting from the crossing, Iran’s state-run broadcaster IRIB hailed the move by the Iraqi and Syrian authorities as a victory for “the axis of resistance” in the region, interpreting it as a defeat for the US and its allies in the Middle east.

The Javan daily, founded by Islamic Revolutionary Guard Corps, also suggested that Al-Qaim - known also as Albukamal - will reconnect Iran to Iraq, Syria, Lebanon and the Gaza Strip. According to Javan, the opening of the crossing was Bagdad’s response to Israel's September attacks on the Popular Mobilisation Unit militia in Iraq.

A burglary at a lawmaker’s house, during which €250,000 ($274,037) and four billion Iranian rials ($35,000) of cash were stolen, has sparked outrage among Iranians and has once again drawn attention to corruption among the Iranian elite.

Since the sharp devaluation of the Iranian rial in 2018, The Central Bank of Iran implemented a  €10,000 (approximately $10,988) limit on foreign currency to its citizen's holdings that were not in banks, making it illegal to have large amounts of foreign cash. In recent corruption-related cases, some defendants were convicted of "currency trafficking" for breaking this law.

Taqi Kabiri, the conservative legislator whose house was robbed, is an opponent of the 2015 nuclear deal between Iran and world powers. Before being elected as a member of parliament, Kabiri was a lecturer of religious studies and a leading member of the Iranian militia Basij in Western Azerbaijan province.

Iranian media have closely followed the case of the robbery, with Hamdely Daily writing: “In which way other than money laundering, could one have this amount of cash at his house?”

The daily also suggested that “by putting together the news about the economic activities of MPs, and the corruption cases related to some of them, it seems that getting elected to parliament is considered an opportunity to abuse power above the law in order to make money”.

In another corruption case, an appeals court handed a five-year prison term to Hossein Fereydoun, brother and former aide to President Hassan Rouhani.

On Tuesday, a spokesperson of Iran’s judiciary said that the court found Fereydoun guilty of “money laundering” and “receiving bribes”. He must also pay the judiciary 310 billion Iranian rials (about $2.5m) because of the bribes he is accused of receiving.

Fereydoun was a close aide to Rouhani and played a vital role in the 2015 nuclear deal. In recent months, rival political parties in Iran have accused each other of financial crimes and used the current anti-corruption measures as leverage to pressure their opposing factions.