Meanwhile, thousands of Iranians holiday instead of mourning Islamic Republic's founder, and a prominent reformist figure in court after saying the 2009 elections were rigged In a rare speech, Hadi Khamenei, a politician and brother of Iran’s supreme leader, criticised authorities for their handling of the current economic and political crisis, calling on politicians from all sides to publicly apologise to Iranian citizens for their misconduct, ISNA news agency reported.

'Today, we see that nepotism and law manipulation have become a common practice in society'

“We are all responsible for this situation, and no one can deny having a role in what’s going on today,” Khamenei said on 30 May.

Khamenei, who has had close ties with reformists in Iran and does not share the same political views as his ruling brother, also denounced the “politicians from either side” who want “to rule the country just according to their own viewpoints” and without consulting experts.

“Today we see that nepotism and law manipulation have become a common practice in society. Lots of [business] crimes and embezzlements are committed in the country, which we must be ashamed of because of the economic implications they have caused,” he added.

Once a legislator, Hadi Khamenei's public political presence declined in recent years compared to the late 1990s, when under his management the Jahan Islam daily was one of the most radical, pro-reformist publications in Iran.

Mourning Khomeini - or going on holiday?

While more than 300,000 Iranians attended the 30th anniversary of the death of the Islamic Republic's founder Ruhollah Khomeini this week, thousands of Iranians flocked to tourist destinations instead.

Traffic was so heavy near the Caspian Sea in northern Iran that the ISNA news agency reported on 3 June that traffic jams had completely blocked roads leading to popular destinations.

The anniversary, on 4 June, is a public holiday and listed on the official Iranian calendar as the day of Ertehal, meaning "departed this life". The following day is the anniversary of the 1963 anti-Shah demonstrations, inspired by Khomeini's arrest, and is also a public holiday.

But each year, these two days also provide a break for Iranians who do not share the official narrative of the Islamic Republic, who dub the vacation their "Erteholiday".

During these days, northern cities of Iran, known for their mild weather and forests, host thousands of holidaymakers.

Prominent reformist figure and former deputy speaker of the Iranian parliament Mohammadreza Khatami appeared before court on 2 June for saying that the 2009 presidential election, won by Mahmoud Ahmadinejad, was heavily rigged.

The session was supposed to be open to the public, but the judge only allowed Khatami to bring five individuals with him into the courtroom.

Khatami invited five reporters to join him, though the judge did not allow them to use recorders, cameras or notebooks, or publish the details of the proceedings.

The results of the 2009 presidential race were challenged by the two reformist contestants and their supporters. Mass demonstrations that erupted in the capital in the aftermath of the elections were brutally suppressed.

In 2018, Khatami said in an interview that eight million rigged votes were cast during the elections in favour of Ahmadinejad. Following the 2 June session, Khatami said that he went to the court with as much documentation as he could find to prove his claims.

“The 2009 elections are long done and we can’t change anything about that,” Khatami told the reporters after the court session.

“But we need to learn a lesson from the elections which is to respect the law and peoples' votes, and not to manipulate the scene [for our ambitions],” he added, according to the Jahane Sanat daily.

“I lived for 10 years in Germany and a few years in Canada in cold winters, but I had never experienced the cold that we have here in our public offices during the summers,” he said, referring to the large number of air conditioning units on full blast in the stated-owned buildings. 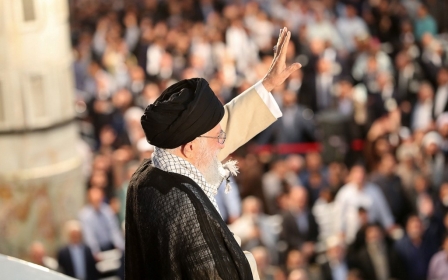