Drama in the Strait of Hormuz has brought Iranian and Emirati officials together, while hardliners blame Zarif for his own sanctions 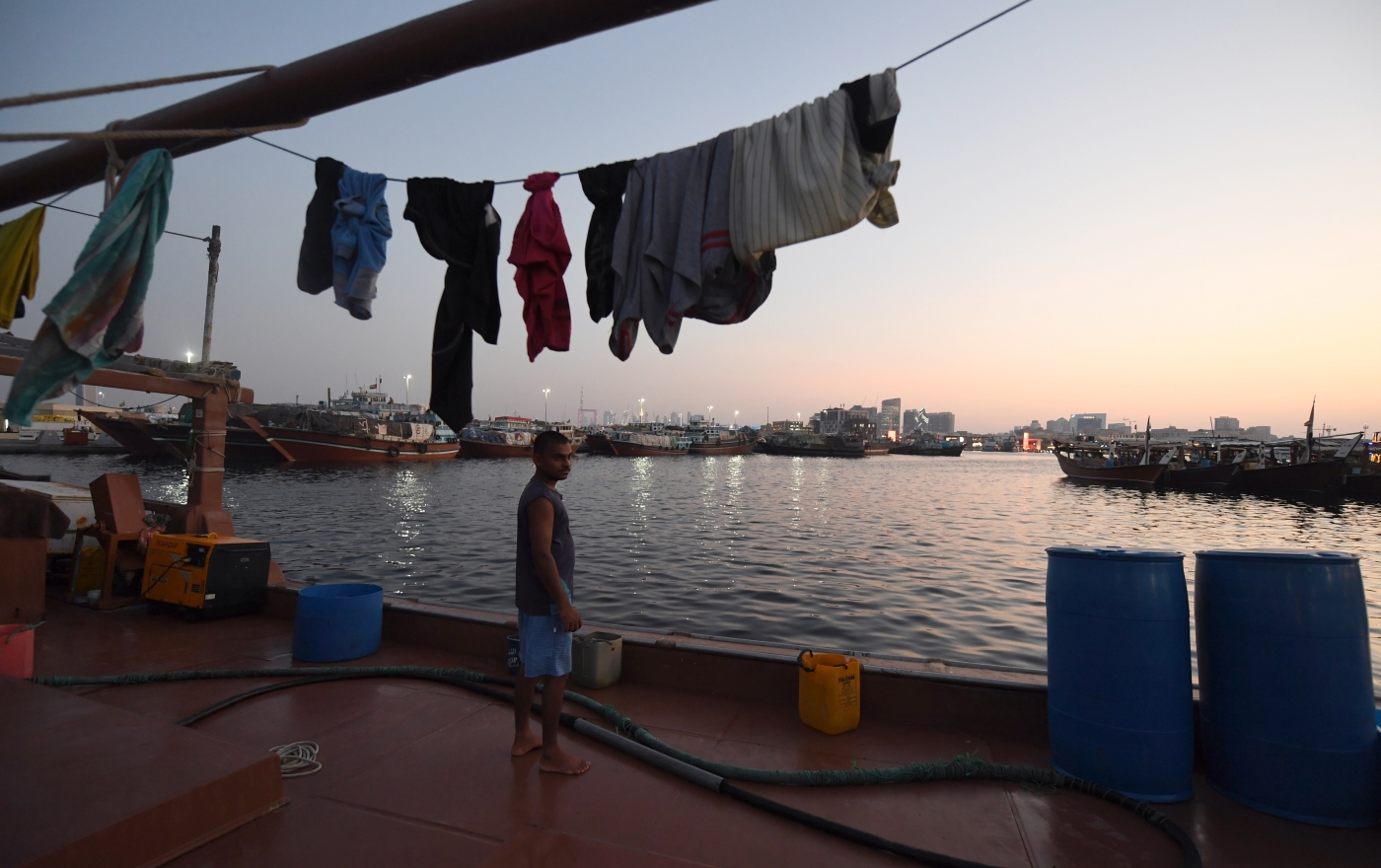 Iran welcomes shift in UAE polices away from Saudi Arabia

The United Arab Emirates' coast guard commander visited Iran's southern port of Bandar Abbas last week, and signed a memorandum of understanding with the latter’s border police chief, the paper says. This came at the end of a string of Tehran-based meetings between high-ranking Iranian and Emirati delegations in July.

The daily notes that the UAE has shown signs of a shifting attitude towards Iran since tensions began mounting in early June in the Strait of Hormuz, where oil tankers have been subject to attacks and apprehensions.

“Amidst the current tensions, the UAE withdrew parts of its forces from Yemen, which is a positive signal to Iran,” Ebtekar quotes Iranian foreign policy analyst Mostafa Najafi as saying.

“Moreover, during the last two months we have witnessed the UAE’s anti-Iran rhetoric dramatically declining. Emirati outlets have not shown any interest in engaging in a propaganda war against Iran.”

Iranian officials believe the UAE needs to keep its economic ties with Iran due to the large number of Iranians living and working in Dubai.

Hardliners blame Zarif for US sanctions on him

Conservatives in Iran have condemned US sanctions on Iranian Foreign Minister Mohammad Javad Zarif, but at the same time blamed him for being a victim of his confidence in the 2015 nuclear deal.

On Saturday, the conservative Kayhan daily wrote on its front page: “Today’s sanctions on Zarif are the outcome of a six-year negotiation with the Satan.” The paper also asked its readers: “Have the fanatic supporters of negotiating with America learned their lesson?”

The daily, whose editor-in-chief is a representative of Iran’s supreme leader, accused Rouhani’s government of deploying passive foreign policy in the face of the US's unilateral withdrawal from the 2015 nuclear agreement that provided Iran with sanctions relief.

Iran's hardliners are the main opponents of the deal with world powers.

Meanwhile, in his first press conference after being sanctioned, Zarif told journalists that US officials threatened during a recent trip to New York that he would be handed personal sanctions unless he met with President Donald Trump in the Oval Office.

Zarif was in New York in July attending a meeting at the United Nations' headquarters, where the US restricted his movements to only six blocks of the city.

Sepideh Kashani and Niloufar Bayani planned to begin the hunger strike on Monday in protest of their 18-month incarceration and the legal limbo they're trapped in.

The environmentalists have been kept under temporary custody in the infamous high-security IRGC ward of Evin prison.

Their earlier request to be transferred from the IRGC ward was rejected and the process of their trial had also been abruptly stopped, with no explanation.

The activists’ arrest was initially based on accusations of espionage. However, charges against a number of them were later elevated to "sowing corruption on earth", which puts them at risk of the death penalty.

They remain incarcerated despite the Iranian intelligence ministry acknowledging in February that the espionage charges against the activists were baseless. This was seconded by Iran’s supreme national security council, which declared that no evidence of spying was found against the environmentalists.

Rouhani: US must remove sanctions before any talks

With Washington signalling that it would like to engage in negotiations with Iran, President Hassan Rouhani has implied he would be open to the prospect - as long as all sanctions imposed by the US are removed first.

“The Americans don’t even know what they want,” Rouhani said on Tuesday. “They talk about negotiations and at the same time they impose sanctions on our foreign minister, who is responsible for carrying out any negotiations.”

The president blamed the crippling sanctions placed on Iran by the Trump administration for the shortage of medicine his country is experiencing.

“How can we talk with a murderer who acts against human rights and blocks the flow of food and medicine to a nation?” Rouhani asked.