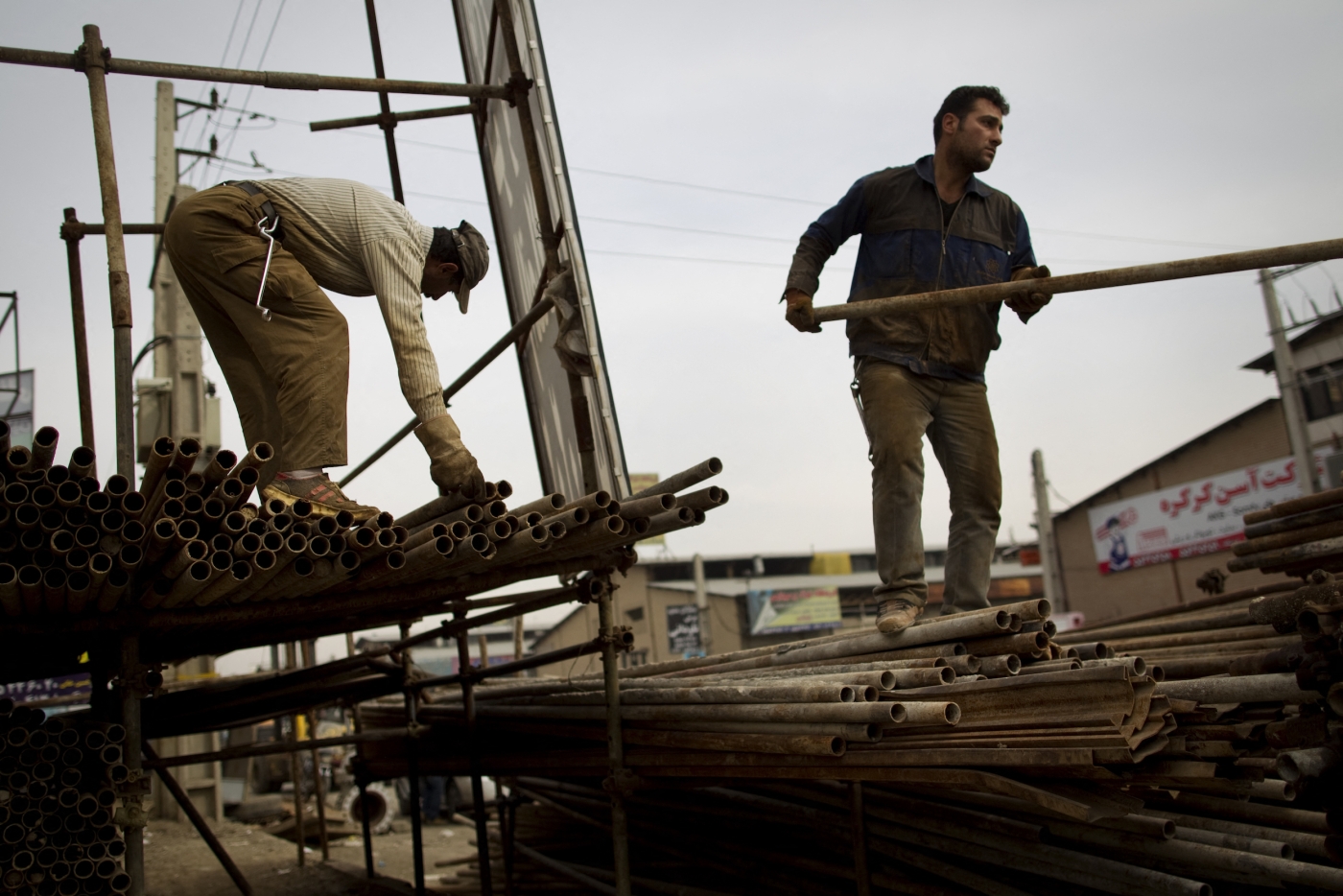 Foreign policy experts in Iran have raised doubts over the ability of President Ebrahim Raisi’s administration to resume nuclear talks with the West, citing a lack of direction in its strategy.

In April, Iran and six major powers returned to the negotiating table to reinstate the deal that was ditched three years ago by then-US President Donald Trump, who reimposed sanctions that have squeezed Iran's oil exports.

'What should be the serious action that the US must make? And what if the US won't take such action?'

But the talks were put on hold after Raisi's election in June. Western powers have urged Iran to return to negotiations, warning that time is running out, as Tehran's nuclear programme is advancing well beyond the limits of the nuclear pact.

Raisi has so far refused to resume indirect talks with the United States, in Vienna, on the prospect of both sides returning to compliance with the deal, under which Iran curbed its nuclear programme in return for economic sanctions relief.

On Monday, Raisi said Iran would support talks with the six major powers "that are result-oriented”, telling state TV: "We are serious about result-oriented negotiations... If Americans are serious, they should remove unjust sanctions on Iran.”

Meanwhile, Iranian Foreign Minister Hossein Amir-Abdollahian on Sunday demanded “goodwill and action” from the US before Iran would return to the talks.

Some politicians say they are bewildered by the recent political manoeuvres and by official remarks by Raisi's foreign policy team over Iran's goals and policies in negotiations, accusing the administration of adding complications to the already intricate nuclear talks.

"The government's plan for the negotiations is not clear yet," Mostafa Hashemitaba, a reformist politician, told the Arman daily on Monday. "No one knows if the new administration would continue the talks on the same path as it went on during the past six rounds of talks [in Vienna], or if it would choose a new path," he added. 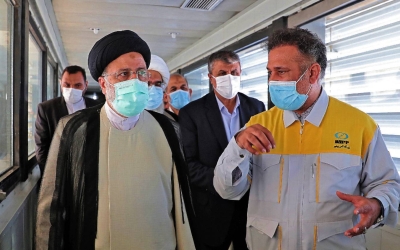 The Iran nuclear deal is not dead. Here is how it can be revived
Read More »

Hashemitaba, who served as a minister and vice president in former governments, also feels Raisi’s new government may not be equipped to confront experienced western politicians.

"I think they do not have the necessary experience for the job,” he stated.

"What should be the serious action that the US must make? And what if the US won't take such action? Does it mean that the negotiations would not start if the US does not take action?,” wrote Javid Ghorban-oghli, Iran's former ambassador to South Africa and Algeria, in a commentary for the Arman daily.

Earlier this month, EU political director Enrique Mora, chief coordinator of the talks, was in Tehran to meet members of Iran's nuclear negotiating team. He told reporters, following the visit, that Iran was not ready to return to talks with world powers over its nuclear programme yet, and its new negotiating team wanted to first meet with the EU in Brussels in the next few weeks.

Diplomats from France, Britain and Germany, who are party to the accord along with China, Russia and the US, said ahead of Mora's visit that it came at a critical time and things could not be deemed "business as usual" given escalating Iranian nuclear activities and the stalling of negotiations.

The US said time was running short. "They are not yet ready for engaging in Vienna," an official told reporters on condition of anonymity, adding that he believed Tehran was "absolutely decided to go back to Vienna and to end the negotiations".

The Islamic Revolutionary Guard Corps (IRGC) naval force has been manufacturing cruise missiles which can hit targets at a range of 2,000 kilometres, over twice the range of its older generation of missiles, a top military official said.

IRGC commander Major General Hossein Salami also said the country’s navy has deployed drones with an operational range of 1,400km, according to the Javan daily. Furthermore, the IRGC ground force has already test-fired surface-to-surface ballistic missiles which can hit targets at a range of 2000km, the daily reported.

Last week, the IRGC held a joint air defence drill with the army in central Iran, testing two new domestically manufactured missile defence systems. According to local media, the army and IRGC deployed the Joshan and Khatam systems, which are the upgraded versions of older missile systems previously deployed.

Iran's missile programme is one of the main concerns the United States has with regards to Tehran’s military capabilities. Donald Trump withdrew from the 2015 Iran nuclear deal in 2018 when Tehran rejected calls to halt its missile programme. Iranian officials have stressed repeatedly that they will not tie the nuclear talks with world powers to their homemade missile programme.

Iran sees a high rate of work-related deaths and injuries due to employers’ “indifference” to the welfare of labourers, the Sobhe-Emrooz daily reported. 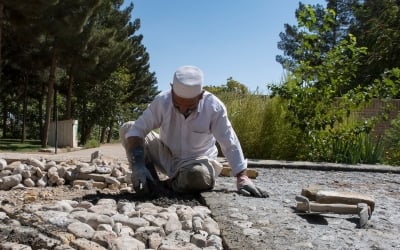 ‘Nothing is certain’: The precarious lives of Afghans in Iran
Read More »

On average, two labourers die and 27 are injured at work every day in Iran, the daily said in an analysis piece.

According to official data, 9,295 work-related accidents were reported in the past year, 751 of which were fatal, it added.

The report listed two deadly workplace accidents reported on 9 October as examples to highlight the poor working conditions that labourers face in the country.

The first incident took place in a village near the city of Shiraz in south-central Iran, where an Afghan migrant worker and an Iranian daily labourer fell into a well and died of suffocation after inhaling poisonous gas. Another happened in the northern city of Sari, when a worker fell into a molten tar tank and died. The remains of his body were pulled out of the tank a day later.

The high rates of accidents at workplaces can often be attributed to the employers' indifference towards labourers’ welfare, as well as the failure by Iran's judicial system to properly apply labour laws, according to experts interviewed by the daily.

Iran has an exceptionally high number of Afghan labourers, as millions of Afghans have sought refuge in the neighbouring country over the past 40 years, due to turmoil back home. Many cannot find a job in Iran related to their skills or education. Those who receive residency permits can only work as labourers in job areas authorised by the government: lime and brick kilns, construction, agriculture, and “other”. 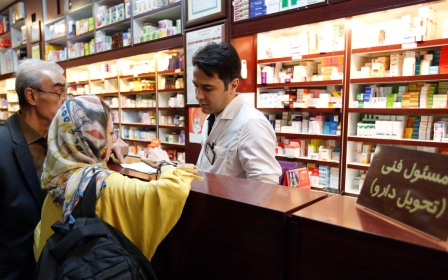 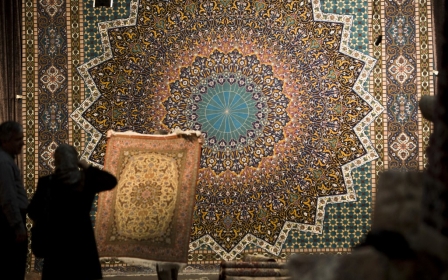 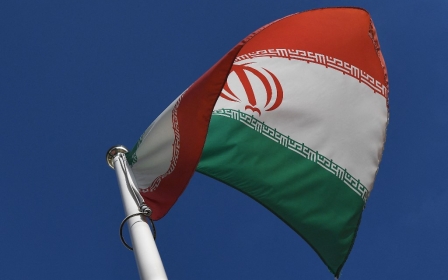